Andrade winning the United States title was always in the plans, but some changes did occur. Also, a rumor about AEW ticket sales has been squashed. 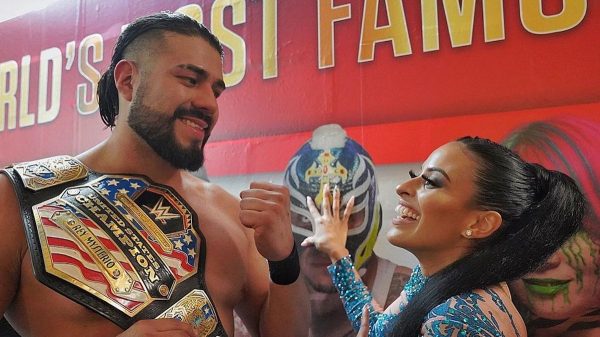 For Andrade, he seemed to have fallen out of the good graces of WWE, but that has changed.

Initially, he went on a losing steak to Humberto Carrillo. Then in a shocker, Andrade defeated Rey Mysterio for the United States Championship at a live event from Madison Square Garden. Since then, he has retained the title and even proposed to Charlotte Flair to start 2020.

According to the Wrestling Observer Newsletter, the plan was always for Andrade to win the title. Capturing the gold at a live event was done by Paul Heyman as a way to boost interest in non-televised shows.

Apparently, WWE needed to get the title off of Mysterio. He is set to work with Kevin Owens & Samoa Joe against Seth Rollins & The AOP. That storyline is already in motion, so look for Mysterio to soon join Owens & Joe as the top babyfaces of RAW.

WWE have done a great job of building stars over the past few months, particularly on #RAW.

Ricochet, Aleister Black, Buddy Murphy, Humberto Carrillo and Andrade have all gone up a level, and the likes of Kevin Owens and Drew McIntyre are even being rebuilt from the ground up.

Speaking of Carrillo, he was set for a decent push before Vince McMahon halted it. Originally, he was set to defeat AJ Styles for the title before Survivor Series. WWE ended up going in a different direction. As of now, WWE seems to moving away from Carrillo. 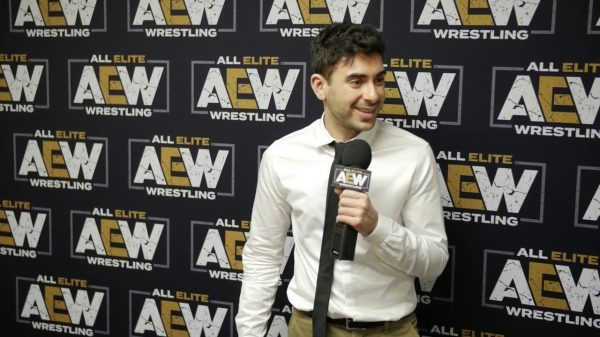 Dave Meltzer reported that he and Japanese wrestling historian Fumi Saito were filming a documentary during New Japan’s Wrestle Kingdom 14 events. Before interviews started, a rumor was going around that All Elite Wrestling (AEW) President Tony Khan purchased a majority of  the tickets on the first day to make their shows look sold-out.

Meltzer continued that the story came from within WWE. It was not clear if WWE talent went into business for themselves in creating the rumor, or if officials told their wrestlers to pass that message along. Either way, there appears to be no truth to the rumors.

I don’t believe that whole “WWE Superstars make rumors about AEW ticket sales” crap. Sounds like a typical media tactic to stir everybody up.

The first few AEW pay per views sold impressive numbers and in quick fashion. The same can be said for some of the AEW Dynamite episodes. While some of the recent AEW Dynamite shows have seen the crowd moved to make the arena look full, ticket sales still look strong. The most recent show, from this past Wednesday, drew the lowest attendance number with only 3,100 tickets sold.

While AEW might have trouble selling 10,000 plus tickets for an episode of TV, their pay per view business is going strong. AEW has still not produced shows in some of the bigger markets like the Northeast, but that will be changing. They are set to hold an AEW Dynamite Episode from New Jersey on March 25.