WWE's corporate structure was shaken as both the co-presidents are gone. Also, a new rule has been made about NXT talent that involves the main roster. 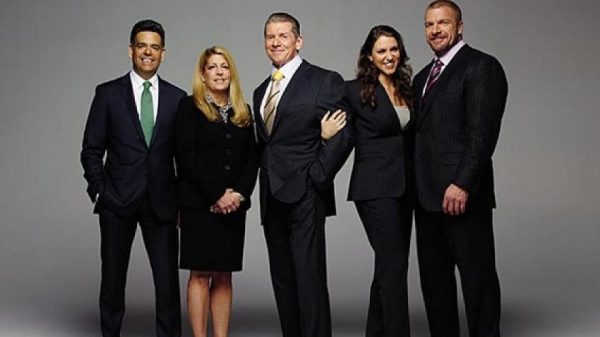 Yesterday, there was a big shakeup with the corporate structure of WWE. Effective immediately, George Barrios and Michelle Wilson are not longer co-presidents. The change was a shock.

There is no exact reason for what happened, but PWInsider shedded some more light on the departures of Barrios and Wilson.

“PWInsider is told that an internal announcement released by the company to its employees was even more direct, alluding to irreconcilable differences in the company’s strategic priorities.  Barrios and Wilson had one vision and Vince McMahon had another.  Vince’s vision will always win.  He’s Vince McMahon.  The end.”

Vince McMahon addressed the departures, thanking both for their time with the company. Outside of that, there have not been many public comments.

“I would like to thank George and Michelle for their 10+ years of service and contributions to the organization,” said McMahon. “I am grateful for all that was accomplished during their tenure, but the Board and I decided a change was necessary as we have different views on how best to achieve our strategic priorities moving forward.

“We have a deep team of talented, experienced and committed executives across the organization, and the Board and I have great confidence in our collective abilities to create compelling content, engage our global fanbase across platforms, increase revenues, and drive shareholder value.”

Some say that Vince made the decision without first speaking to Stephanie McMahon or Triple H. Also, there is speculation that the two spoke ill of the XFL. In just weeks, the XFL will return and Vince has invested lots of money.

We might not learn the actual reason Barrios and Wilson departed from WWE for some time. Until then, WWE’s corporate structure seems to be panicking.

Reaction From Fans And CM Punk

How do I interview? https://t.co/PPzvRyfkyM

That generally happens with changes in corporate management though I’m not sure of the average drop in price for companies as big as WWE.

BARRIOS came on in 2008 when WWE BEGAN TO SUCK……
BUT they made the company tons of money and kicked ass on the corporate end.
Wonder what this means going forward….
Lots to say on OUTTA NOWHERE TONIGHT pic.twitter.com/ipeGfAcA22 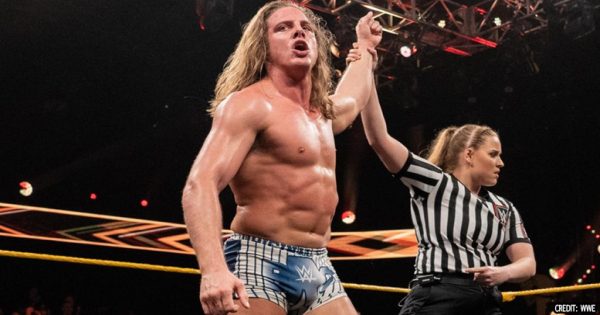 WWE is changing a rule in NXT. During a recent class at the WWE Performance Center, NXT wrestlers were told not to call out main roster superstars on social media unless given permission by the WWE.

The Wrestling Observer Newsletter speculated how this could have something to do with Matt Riddle and Brock Lesnar. For over a year, Riddle has been calling out Lesnar for a match. At the Royal Rumble, Lesnar approached Riddle backstage and said the two would never work together. As a result, Riddle has heat with WWE.

It is an interesting move on WWE’s part. They have spent the past several months pushing NXT as an equal to RAW and SmackDown as both continue to struggle against All Elite Wrestling (AEW) in the ratings war.