Our Favorite And Most Shocking NXT Moments Of 2019 Revealed

Another year has almost past and so it is time to reflect on another NXT year. What have been our favorite and most shocking moments?

A lot has happened in NXT this year. Unexpected returns, title changes, and some of the most epic matches of the year happened on the developmental brand. So, which were our favorite moments in NXT this year?

This is my favorite moment of the year by far. When KO returned to the developmental brand at War Games, he received one of the biggest cheers I ever heard. It was an amazing surprise for Team Ciampa, but an even bigger surprise for the crowd.

One of the best things about this moment is the reaction KO got from the crowd. It is always a lovely thing to see the appreciation from the crowd. Kevin Owens did not always get that on the main roster. The energy was electric, so this goes down as one of our favorite NXT moments of the year.

KO is not the only one who returned to his roots this year, as Finn Balor went back to developmental permanently. He went back shortly after the Fashion Police made their return. Balor did not seem to have the best time on the main roster, so his return was long overdue.

Vince never seemed to appreciate the champion he had in Balor, but it does seem like Triple H does. For his return, fans showed him the appreciation he has been missing on the main roster. It was a memorable moment we will not forget anytime soon.

This moment is certainly up there with our favorite moments of the year. Even though it did not happen too long ago, it set a new milestone in the WWE.

Shayna Baszler has been an incredibly dominant champion, so it was only a matter of time before she got called up to the main roster. Her title loss could be an indicator of that.

Rhea Ripley has something that not many wrestlers are blessed with naturally. Whenever you see her, you want to see more. Even if you have never watched her wrestle before, she is a star already when she comes out. That makes Rhea Ripley very special.

Of course, the title win on its own is not the main reason why we picked this as one of our favorite moments. When Rhea won the title, her reaction to the win speaks volumes. You can see the years of hard work, the dedication, and the realisation she has made it. It’s a thing of beauty. Rhea Ripley is on her way to the big time. There is no doubt about that anymore.

The Genius of the Skies was already popular in NXT, but her popularity became even bigger when she turned dark. After another loss against Shayna Baszler due to interference of the horsewomen, she turned on Candice, her only friend. 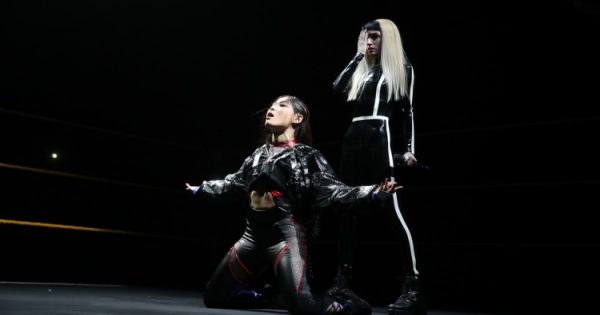 While most people were appalled by the attack on Candice, someone who’s beloved by the crowd, her dark persona hit a note with the crowd. Ever since her turn, she has been more popular than ever. Her character allowed her to show some teeth in the ring, and that is what the crowd loves!

Ciampa Returns To NXT After Injury

Despite turning heel and heckling the crowd any change he gets, Ciampa has turned into a fan favorite in a short amount of time. Once a member of DIY and now obsessed with the NXT Championship he calls Goldie, it was only a matter of time before Ciampa was back into the title picture.

When Ciampa returned after his injury, the crowd could not have been happier. Of course, what stood out to us was his utter fixation with the title and his ability to remain in character. We are sure he was very excited to make a return, so his ability to not show that was something quite special indeed.

Gargano And Ciampa Reunite For The Dusty Rhodes Classic

Ciampa tried to wield his evil influence on Johnny Gargano in the beginning of 2019. It took some time, but Johnny eventually yielded to the Goldie obsessed Ciampa.

The crowd wanted nothing more than a DIY reunion and the announcement happened in February when both champions agreed they would be stronger together. Even though Ciampa’s injury threw a spanner in the works, this is still one of the greatest moments of the year.

In the runup to Survivor Series, the WWE decided to let the O.C. invade the developmental brand. However, things did not go swimmingly for the three invaders, as they got a prompt response from Tomasso Ciampa, Keith Lee and Matt Riddle.

Survivor Series would usually not include NXT, but it did this year.

Fortunately, it lead to an epic match between Daniel Bryan and Adam Cole. The pair put up one of my favorite matches of the night. In addition to that, Cole held his own against one of WWE’s most successful people. It may have shown Vince just what a talent Adam Cole is.

The Rise Of Candice Le Rae

Le Rae has been underestimated for the longest time, even though she is quite the talented female wrestler. Fortunately, things have gone better for her this year, in spite of the troubles she had with Io Shirai.

Since Candice Le Rae was included in War Games and a bunch of other big moments in 2019, her stock is rising in the WWE. She has been underestimated for way too long, so this was a wonderful thing to see.

Some people just have a natural aptitude to feud with one another. Two people this couldn’t be more true for are Keith Lee and Dominic Dijakovic. Reminiscent of epic feuds such as the one between Ciampa and Gargano, these two entertained the crowds very well this year.

Injury may have thrown some obstacles in the way, but their feud continued in 2019. The pair also had to work together at one point, so it is lovely to see how these two will become the next Ciampa-Gargano of NXT.