Most of WWE was stuck in Saudi Arabia and rumors are the entire ordeal involved Vince McMahon being owed several $100 million by the Saudi Arabian Prince. 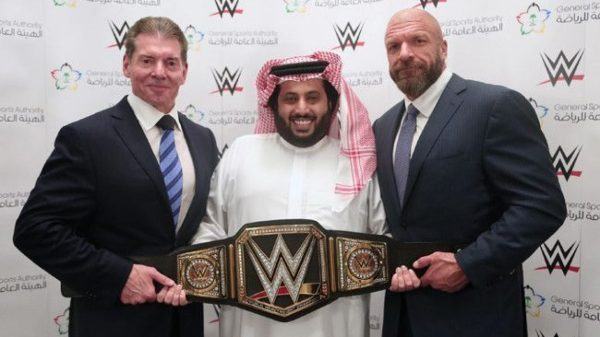 Days after Crown Jewel and there seems to be more questions than answers. The show went as planned, but basically everyone had to stay longer in Saudi Arabia.

Originally, the problem was being blamed on mechanical issues with the plane. Now, it appears that the issue involves money, Vince McMahon and the Saudi Arabian government.

Hugo Savinovich, a former WWE member of the Spanish announce team who now works for AAA, uploaded a video on Facebook stating WWE was owed $300-$500 million from previous shows.

Did you know that on Friday 150+ #WWE wrestlers and production staff were held in Saudi Arabia for near 30 hours, against their will, due to a disagreement over the KSA not paying @VinceMcMahon for running their propaganda shows?!

This news NEEDS to he known!! Please share. pic.twitter.com/kYTg8wb7kh

The whole Saudi Arabia owing Vince McMahon money situation sounds bad. We all know Vince puts money before his superstars, no wonder some of the talent were clearly annoyed.

Body Slam reports that Vince McMahon was set to meet with Prince Muhammad bin Salman over the owed money. Muhammad bin Salman was a no-show, which upset McMahon. To retaliate, McMahon allegedly cut Saudi Arabia’s live TV feed of Crown Jewel. Then, The Crown Prince ordered WWE talent to be removed from the plane right before takeoff.

Only a few names were able to get of Saudi Arabia on time. Vince McMahon and the people closest to him left on WWE’s private jet while Paul Heyman, Hulk Hogan and Ric Flair were able to grab a ride on Brock Lesnar’s plane. Meaning, that almost all of the wrestlers and backstage personnel were stuck in the Middle East.

Everyone knew the WWE’s deal with Saudi Arabia was going to be a derpfest of the highest caliber.

Everyone except Vince McMahon, that is.

And when SA played him like he plays others, he tried to fight back, only to get burned. And now he’s trying to save face.

If you want billionaires summing up, there are reports that Vince McMahon stranded his wrestlers and crew in Saudi Arabia as a result of financial arguments, while he got a private plane out of there.

With SmackDown taking place the day after Crown Jewel, WWE brought in NXT superstars. They worked with a handful of SmackDown superstars that did not make the overseas trip. That produced one of the better SmackDown episodes in recent memory and also got NXT involved in Survivor Series.

WWE Superstars And Personnel Not Happy With Vince McMahon 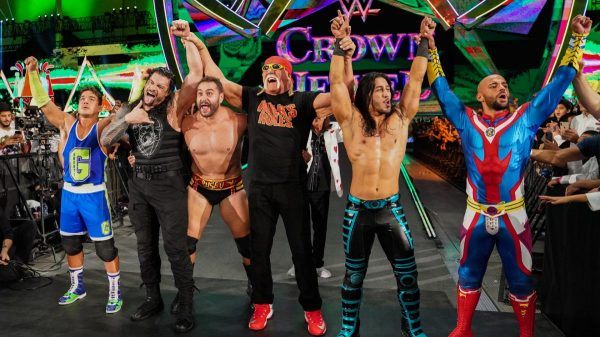 The superstars did arrive back in the United States by Saturday afternoon and they not happy. Many apparently lost respect for McMahon according to the Wrestling Observer Newsletter and have stated they will not return to Saudi Arabia.

It seems like it’s time to just mute out WWE and ignore them until @VinceMcMahon steps down. After this Saudi Arabia incident I think his run in charge should end ASAP. Vince is selfish, and money hungry.

So now there is heat between The Prince of Saudi Arabia and Vince McMahon because of faulty business dealings by the prince. Should have never done the deal in the first place. You could see this coming from when the deal was first announced.

From the start, the ten year deal between Saudi Arabia and WWE has been questionable. Despite the big paydays, many superstars have declined to go in the past. With eight years left on the deal, we will have to see what is the next move. WWE likely did not plan on returning to Saudi Arabia until the spring or early summer, so there is time to fix the problems.