SmackDown In A Nutshell: NXT Takes Over And Saves The Show

The blue brand roster is stuck in Saudi Arabia, so what is WWE supposed to do to save SmackDown? They call in NXT with great results!

Folks, are you ready for one of the most bizarre SmackDowns I can remember? I mean, honestly, the closest of any WWE show that I could come up with would either be that time a couple years back when RAW was cancelled because of a major snow storm, or when illnesses forced Kurt Angle to become a member of The Shield and saw AJ Styles fly up from South America to help out. In this case, the vast majority of those who flew to Saudi Arabia were unable to leave in a timely fashion, thus leaving the blue brand wickedly short-handed. So what would WWE do? They called in reinforcements-specifically, NXT takes over and saves the show! Think I am kidding? Crack open this Nutshell and find out! 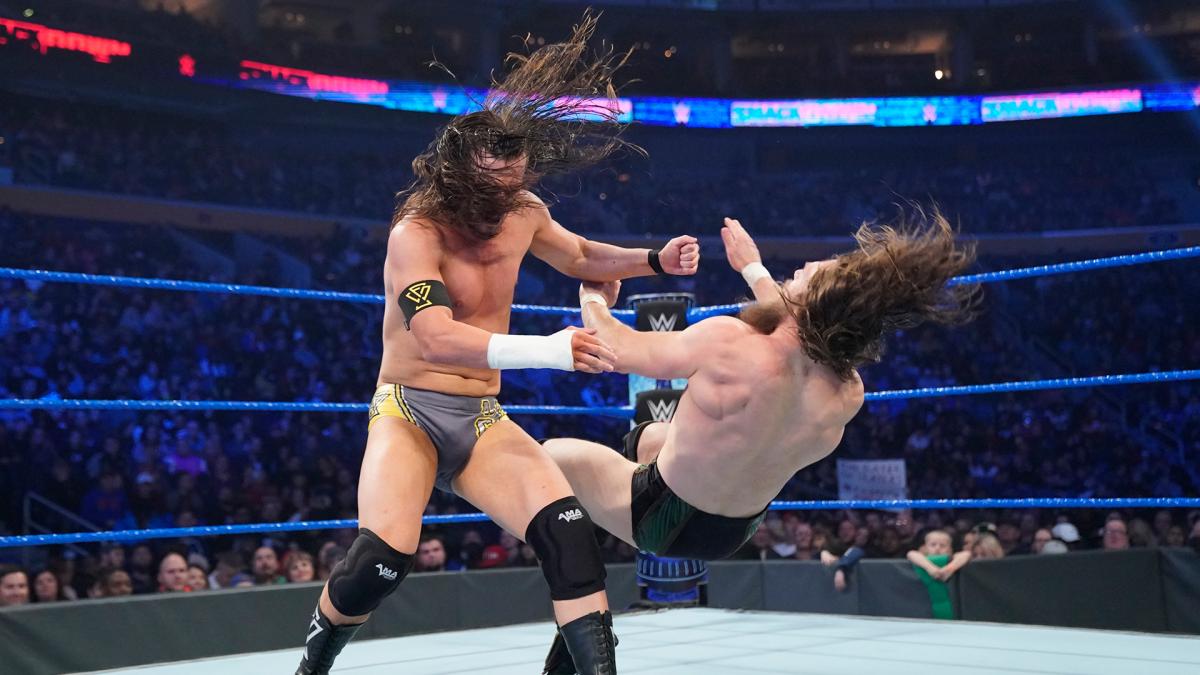 Daniel Bryan versus Adam Cole for the NXT Championship. Nope, that was not a mis-print. WWE effectively gave away a tiny bit of a dream match, so for those fans wanting or hoping to see Roman Reigns or Bray Wyatt or any of the usual SmackDown Superstars, this one was a nice consolation, for sure.

This is going to take a page out of the old NXT Nutshells I used to run…but NXT really does not seem to do bad matches when they can help it. 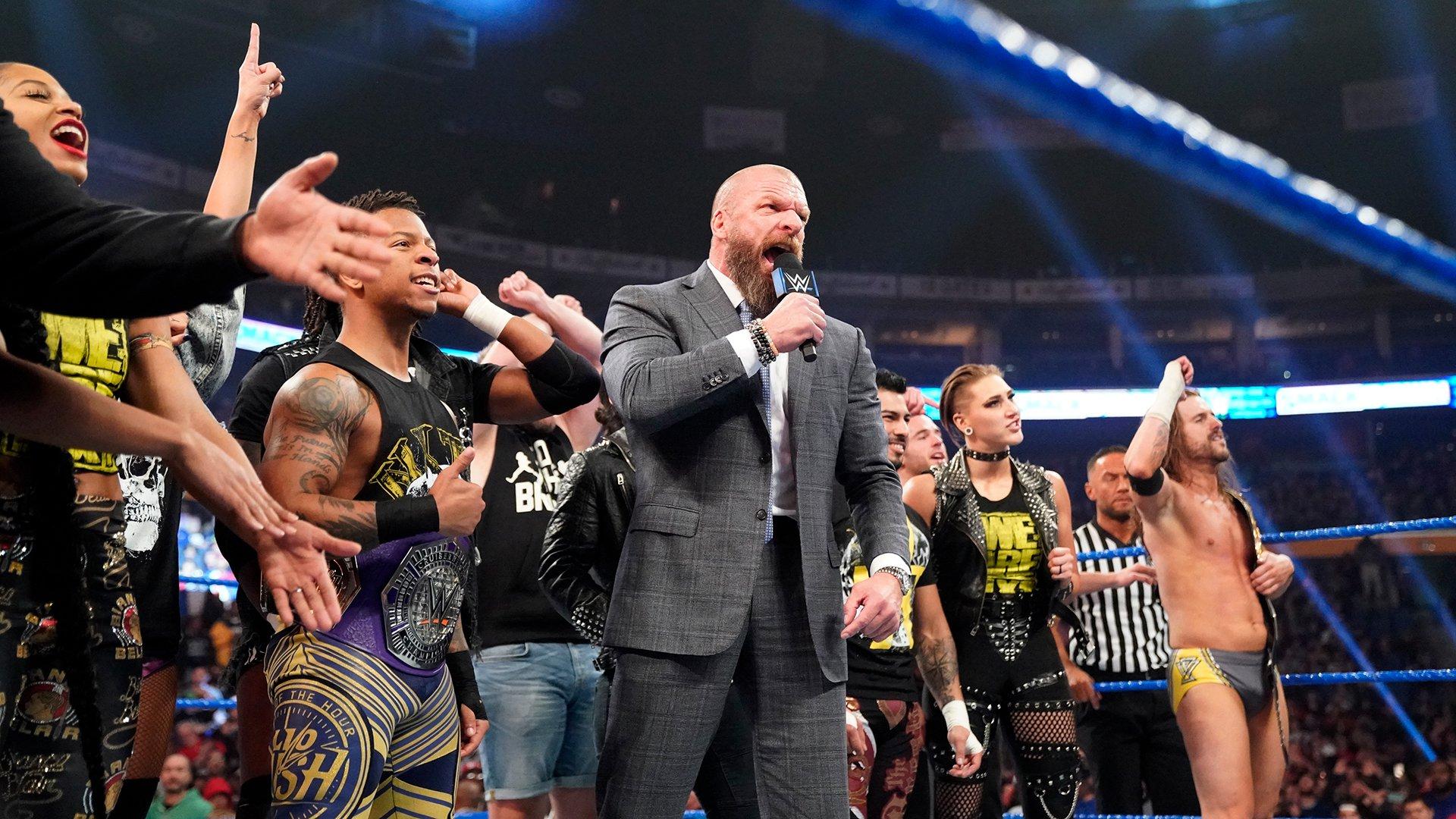 If you were used to NXT television shows and closed your eyes tonight, and happened to forget what night it was? You’d have felt like this show was from a louder version of Full Sail. 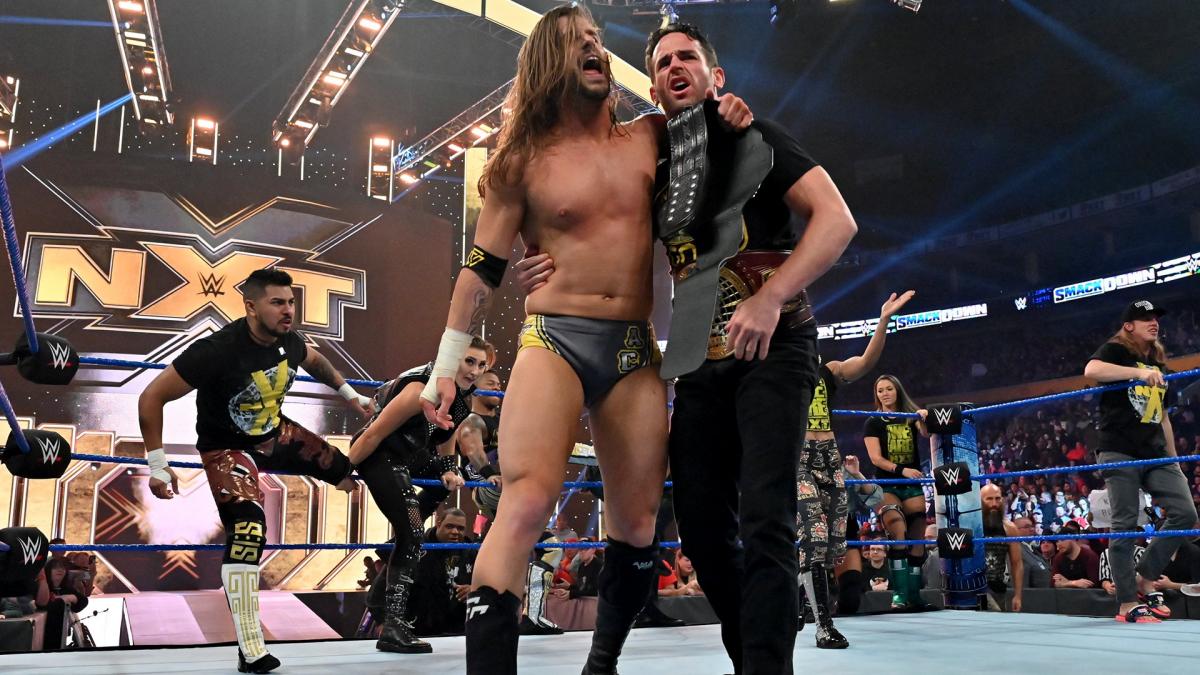 The entire NXT roster that rode in from Florida to Buffalo on short notice and, to a man and woman, made the most of an amazing opportunity.

Developmental no more.@WWENXT HAS ARRIVED.

The road to #SurvivorSeries HAS BEGUN! #SmackDown pic.twitter.com/o4fuSihOoJ 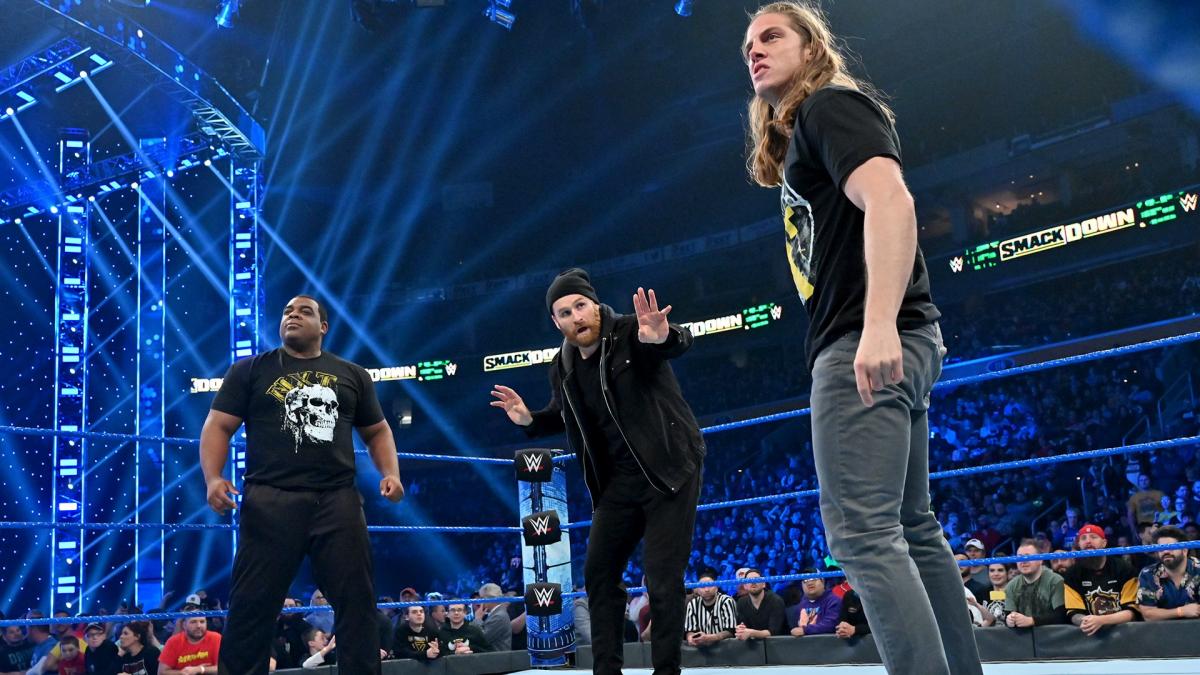 I struggle to pick just one, but I loved watching Matt Riddle and Keith Lee dismantle Sami Zayn, as well as watching Shayna Baszler take apart both Sasha Banks and Bayley. 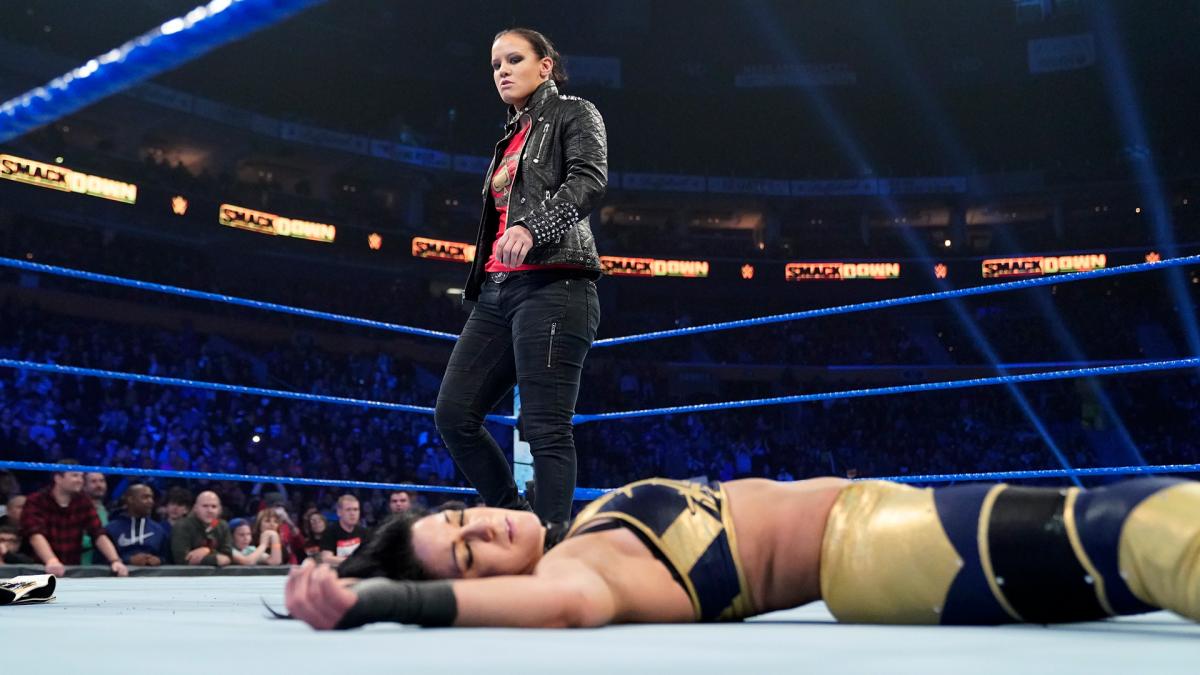 Every. Single. SmackDown Superstar. Unless I am missing something, or forgetting something (and I could be), NXT dominated the evening.

Even if you want to consider a win by an NXT Superstar over a “main roster” talent an upset…I am less inclined to do so. So in that sense, I say…no upsets. 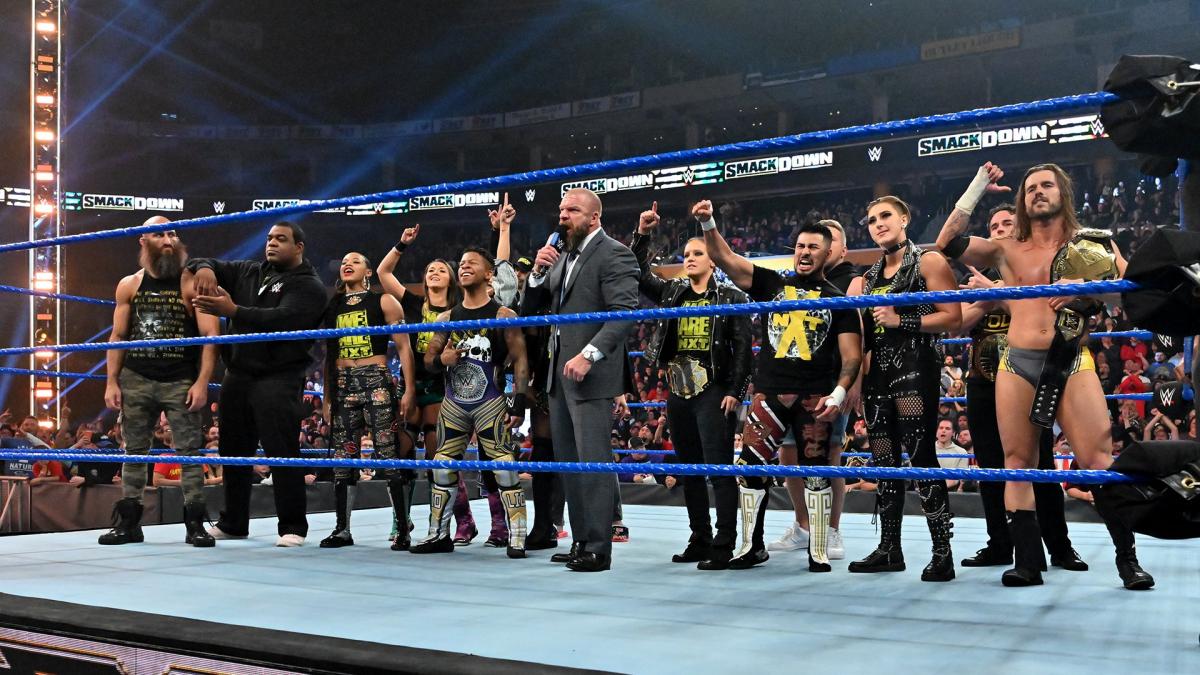 Just a day after WWE officially declared that NXT would be involved in Survivor Series this year, the company accelerated that storyline (largely out of necessity, but when life gives you lemons, make lemonade, right?).

I see how things went in two ways. One, it was an opening shot to prove that NXT is far less the junior brand than many might have thought. Coming in, putting on some outstanding matches and flat out being dominant (albeit against some SmackDown scraps in some cases), it made NXT come off incredibly strong and should bode well for the brand both in the short and long term.

Having the black and yellow roster acquit themselves so nicely has to help things on Wednesday nights too.

Hell of a show… can WWE get stuck in Saudi Arabia more often? #Smackdown pic.twitter.com/UfBgxaGvt8

Not a comment on a particular line, but so nice to have Phillips back. Mixing in Renee Young, Pat McAfee and Aiden English kept it fresh and entertaining.

Brock Lesnar opened the show and declared he wanted a piece of Rey Mysterio, and since the brands were split, he  was quitting  SmackDown to jump to RAW and chase Rey. 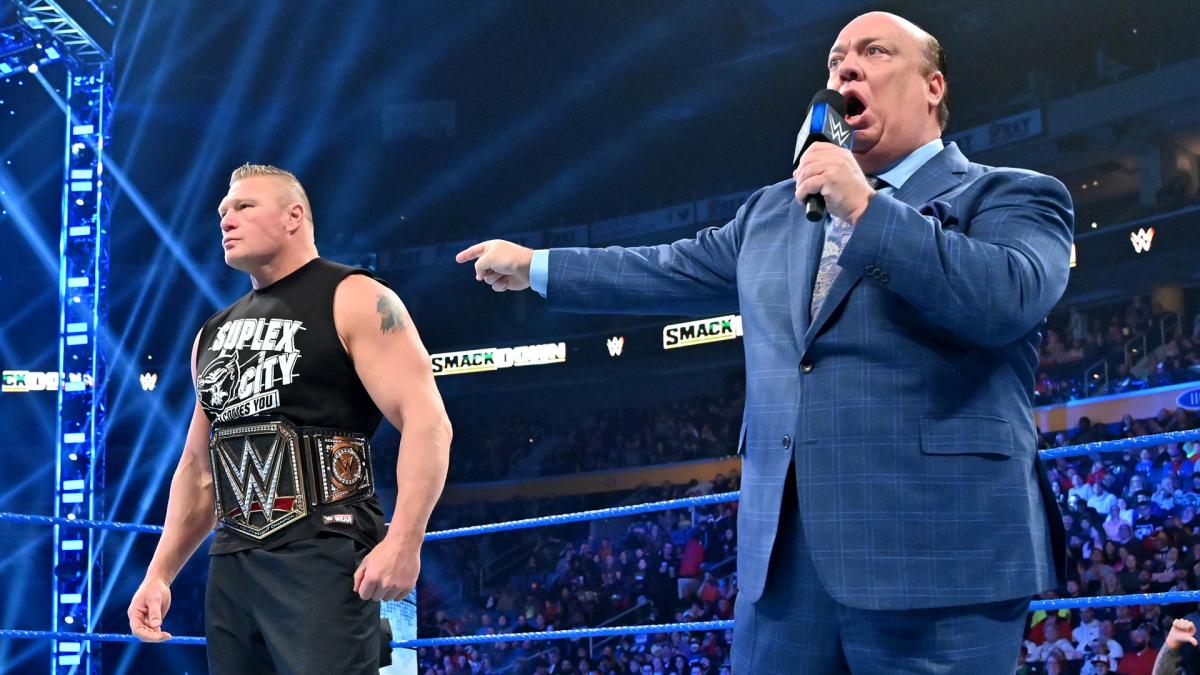 On one hand, a predictable way for WWE to address the title picture following the Wyatt win on Thursday. On the other hand, it requires some suspension of logic-if you quit a job, they generally don’t let you keep your title as you walk out the door.

Not wanting an absentee champion, I wouldn’t be totally opposed to say, Cain interfering in a title match of Lesnar and Mysterio, allowing Rey one last title run. Not saying it will happen…but never say never.

All the NXT involvement, from Riddle and Lee and Baszler and up to Adam Cole…capped off by a passionate speech from Triple H, relative to the brand’s involvement in Survivor Series.

Surely there will be interesting fallout from the travel issues WWE faced getting out of  Saudi Arabia…but those are for next week. For this week, we can bask in the glory that was, effectively, NXT on a Friday evening.