Survivor Series Will Now Include NXT, SmackDown And Raw

Survivor Series will look quite different this year. Instead of SmackDown and Raw on their own, the pay-per-view will now include NXT too.

Nobody can deny that Survivor Series has been rather lacklustre in previous years. It was certainly time for something different, and the WWE has now implemented that change by adding NXT to the Survivor Series list.

Adding NXT to Survivor Series can have many benefits, but it could also have some problems. Today, we take a closer look at the new concept of this pay-per-view, its benefits, and its potential problems.

One of the advantages the company has this year is the clear separation between Raw, SmackDown and NXT. In previous years, there was little separation, especially when you consider the wildcard rule that applied to many superstars.

With the new brand split and the superstar draft, there are no more blurred lines between the different brands. Evidently, this can provide an interesting pay-per-view.

Shouldn't there be some significant stakes at Survivor Series? Like, the winning team's members get to be the last entrants at Royal Rumble? Something where the consequences last beyond the PPV.

One of the biggest issues that plagues this pay-per-view is still the lack of consequences. This is an issue with most events, aside from winning a championship here and there.

The supreme brand – in other words the one who wins at Survivor Series – does not really get a lot out of it. Neither are there serious consequences for the losing brand.

In the past, we had the occasional manager getting “fired” because their brand lost. Aside from that, things turned back to normal relatively quickly. There needs to be something on the line for fans to be invested in the whole brand versus brand gimmick. After all, most fans watch all the WWE brands, which means they do not really have a preference.

So, how can the WWE make this pay-per-view mean something again? Well, a great way to put something else on the line is a decent reward. The nature of that reward is for the WWE to decide, but it would certainly mean more incentive for fans to support their favorite superstar.

Have you ever noticed how little the main event match excites? Every year I watch this pay-per-view and the brand versus brand match never quite delivers. The build-up to the actual match is always loads better than the match itself.

Let me be perfectly clear though, each match has been packed with experienced and successful superstars, so there is plenty of star power to entertain. So, what is going wrong with all these matches?

While I simply have to speculate about the cause, I have a feeling that lots of it is scripted with little room for creativity. I also think the nature of the match itself makes it less interesting. Maybe we need to add some tornado tag rules to make it more interesting? Or why not reveal the teams until the last minute? There are many ways to build this, and it does not have to be so scripted all the time.

What About The Cruiserweight Division? 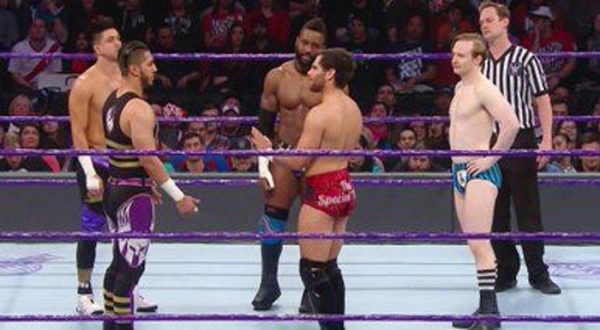 Let’s be honest here, the WWE had no problems including NXT this time, but what about other brands such as the Cruiserweight Division and NXT UK. Both brands could contribute some real special moments, but they are largely ignored at this point.

There is a similar issue with NXT UK. If you have never watched it before, there are some amazing people on there. The Hunt, Rhea Ripley, Tyler Bate and “The Bruiserweight” Pete Dunne. If the UK side is not included, we will not get to see these people perform in the battle for brand supremacy. 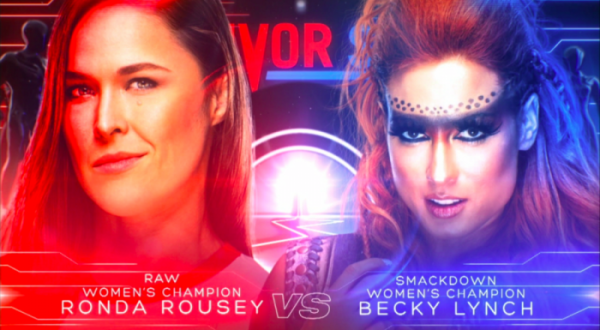 Every year, there seems to be a problem with the main match build-up. Either the women’s division is getting loads more attention than the men’s, or the men’s match is getting too much attention. Needless to say, it is easy for fans to be less invested in the lesser promoted match.

That being said, the WWE has to deal with loads of criticism; this includes criticism I contribute to on a regular basis. While I always try to see two sides of the coin, Survivor Series build-up has always been problematic. The focus is always on a single match, while the rest is pretty much forgotten or built in minimal time.

Get Your Bookings In Order 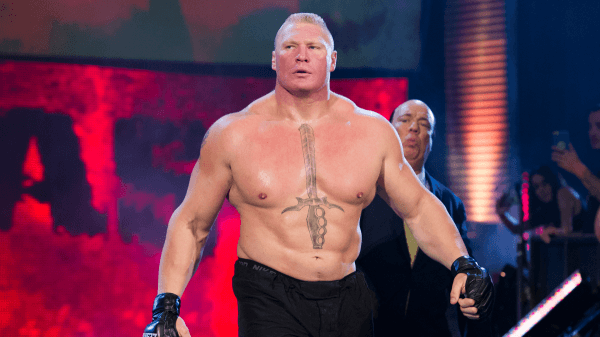 If I had to pick one issue with Survivor Series, the bookings of the singles matches would certainly on top of my list. As I mentioned earlier, anything but the main event is always an afterthought on this pay-per-view. If this was fixed, then the event would increase in standing in my eyes.

Brock Lesnar in 2018 is a prime example of how bookings shouldn’t be done. Limited build-up and appearances, and usually against someone who is extremely popular among WWE fans, who will always take the fall.

When you make a booking backstage, you must commit to it. Many of the matches on the 2017 and even the 2018 card appeared to be very last-minute. Fans often are less than excited for a match, mainly because they know it has no consequences.

I have some hope this year as NXT joins the fray. Their bookings make sense and are built a little better, so maybe Survivor Series will benefit from this as well. In the weeks to come, we will have a better idea of how the pay-per-view will be built. Let’s hope the company has learned these harsh lessons and deliver us with an exciting pay-per-view.