The WWE NXT UK flagship show will move to a new date starting next week, while former UFC champion Cris Cyborg has her WWE response.

WWE NXT UK Will Move From To Thursdays Soon 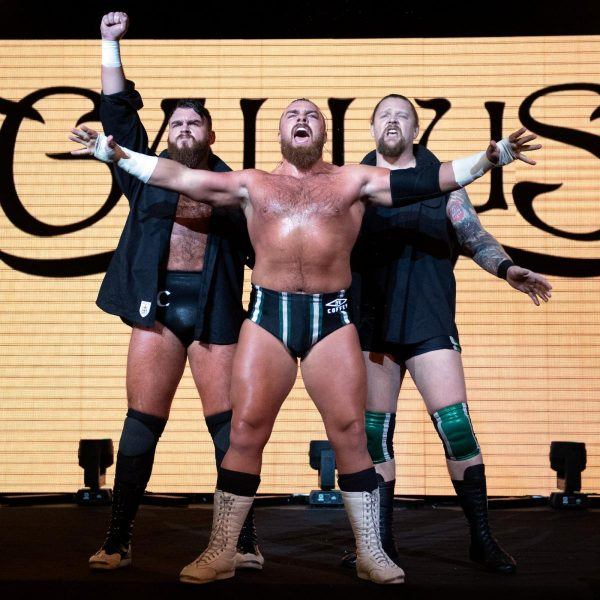 The international version of NXT, WWE NXT UK, will head to Thursdays and stream at a new times starting next week.

The program will now be seen each Thursday at 3 p.m. ET/8 p.m. BT, moving from Wednesdays at the same time slot. NXT UK was launched in October 2018, two years after NXT UK was first established as an off-brand to WWE NXT.

First tapings of NXT UK took place back in July 2018, as the show is produced by Triple H, just like the main NXT version. The current WWE United Kingdom champion is Walter, as he has held the title since defeating Pete Dunne back in April at NXT TakeOver: New York.

WWE Network will release NXT UK at 3 p.m. ET on Thursdays, with the main NXT episodes being released at 10 p.m. ET.

Former UFC and Strikeforce women’s champion Cris Cyborg has made it known that, if the right offer was presented to her, she would be willing to step inside either the WWE or AEW ring and compete. And now, Cyborg has an informal challenge accepted by a current WWE superstar.

Cyborg posted on Twitter “2020 Lacey Evans 2020” in regards to a tease to who she might like to compete against. Cyborg recently signed with Bellator MMA, a deal that makes her the highest-paid fighter in mixed martial arts.

Evans took note of the tweet, responding back with “Waitin on your sweetheart.”

The 34-year-old Cyborg recently completed her UFC contract with a victory over Felicia Spencer, rebounding from a loss to Amanda Nunes that cost her the UFC featherweight title. She is the only fighter to hold world titles in three major promotions, as she is also a former Invicta FC champion.

Over the course of her legendary career, Cyborg has stepped outside the cage to compete in other combat sports. She has three Muay Thai fights to her resume and eight grappling bouts. Two of her pay-per-view events generated a total of 640,000 buys, including 380,000 for her December 2017 title defense vs. Holly Holm.

Evans is a member of the Raw brand and was involved in a feud alongside Baron Corbin against WWE Universal champion Seth Rollins and Raw women’s champion Becky Lynch.