RAW In A Nutshell: Kicking Off The New Season

Tonight begins the week of WWE premieres, and we've got a few big segments for this evening to start us off. Lesnar, Hogan and Flair are all here!

It’s time for this week’s Monday Night RAW. This show isn’t just any old RAW, either. Nope, this RAW is kicking off the new season, if you care to buy into that. We know we have Brock Lesnar due to appear. Seth Rollins is defending his Universal Championship against Rey Mysterio, and if that wasn’t enough, let’s not forget a MizTV with Ric Flair AND Hulk Hogan. On top of that, we have all the final hype for Hell In A Cell because, well…it’s the go-home show. Let’s crack open this Nutshell and get this season started! 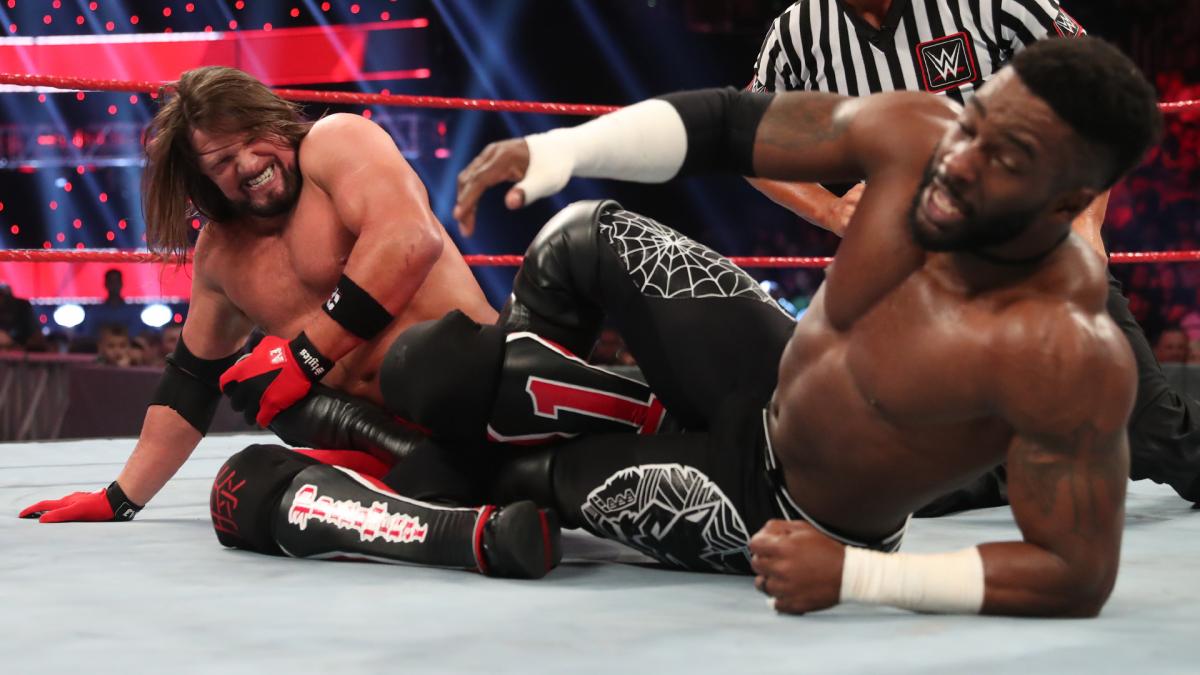 Hard to pick, but I wasn’t really into Natalya and Lacey Evans. 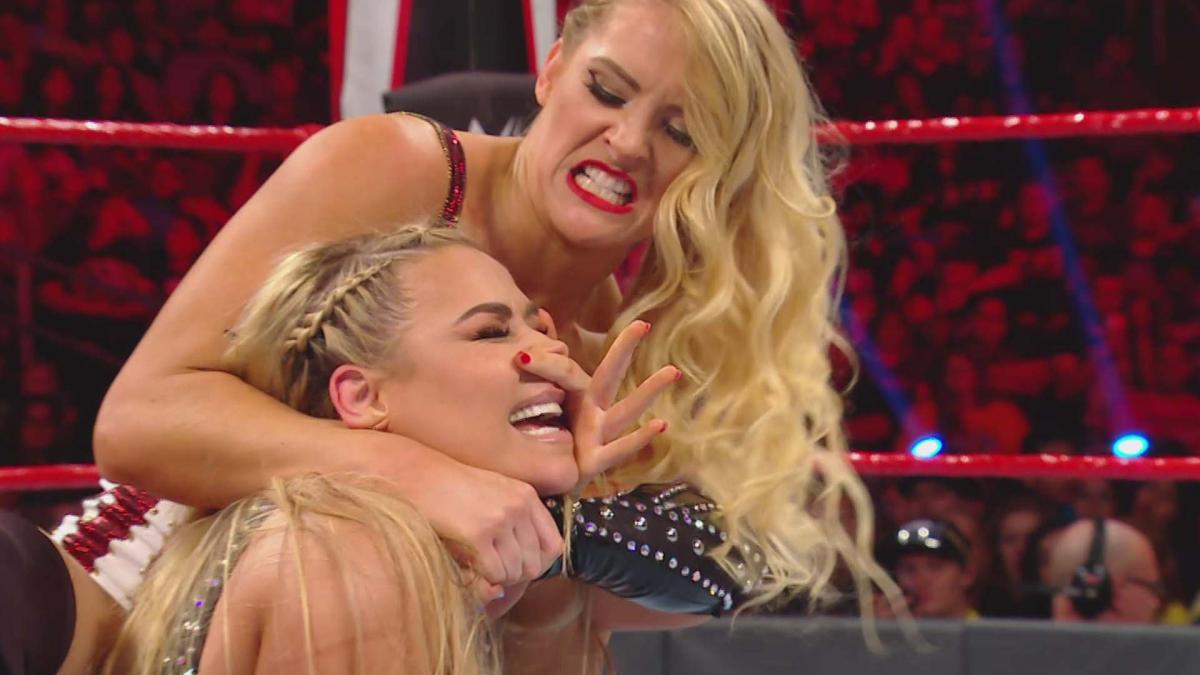 Well, The Fiend had an undeniable influence on the show from start to finish. I’d give it to him, to be honest. 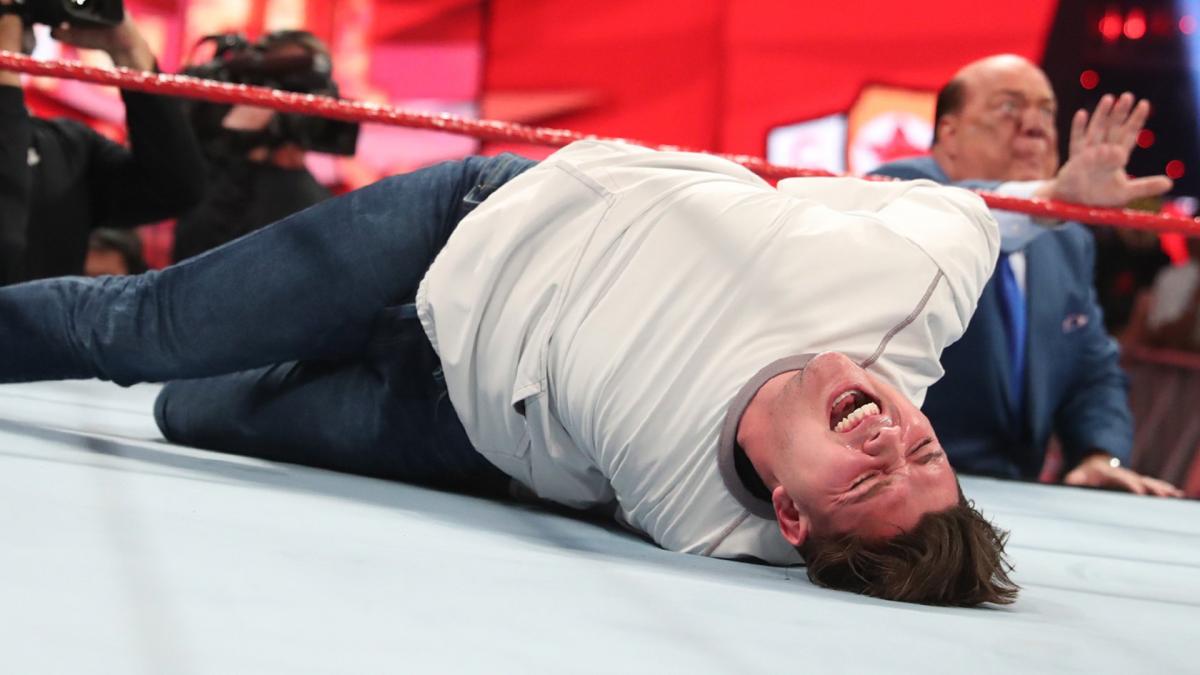 Well, how about Dominick? He took a heck of a beating from Brock Lesnar tonight. 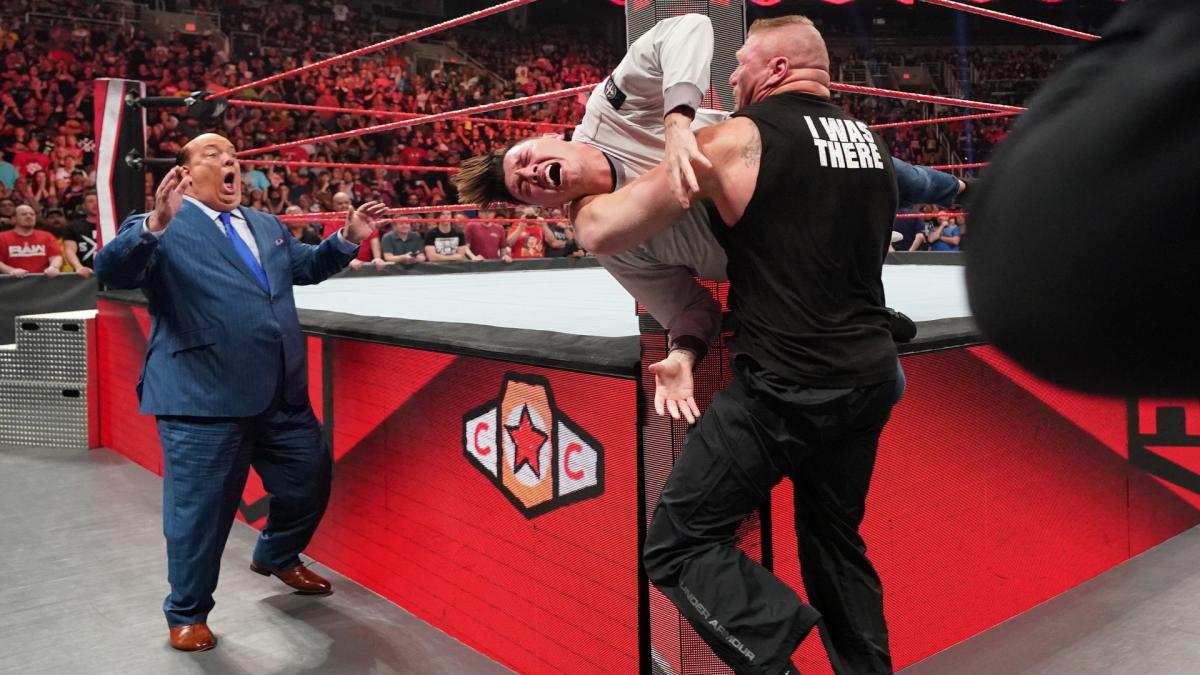 We have a few…

Brock Lesnar was advertised for the show. Don’t think anyone expected him to attack Rey and Dominick like that, however. 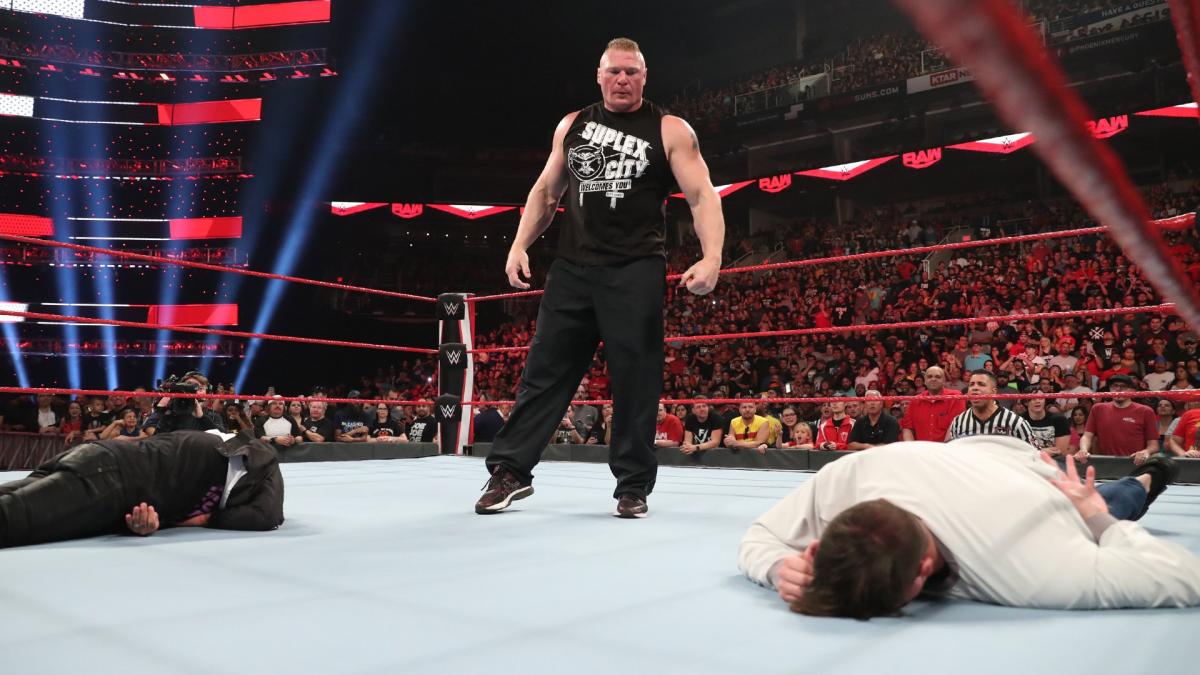 Hogan and Flair are back, and with them comes a Team Hogan versus Team Flair match for Halloween, at WWE’s next Crown Jewel event. Still curious to see how the teams shake out as we move closer to the event. 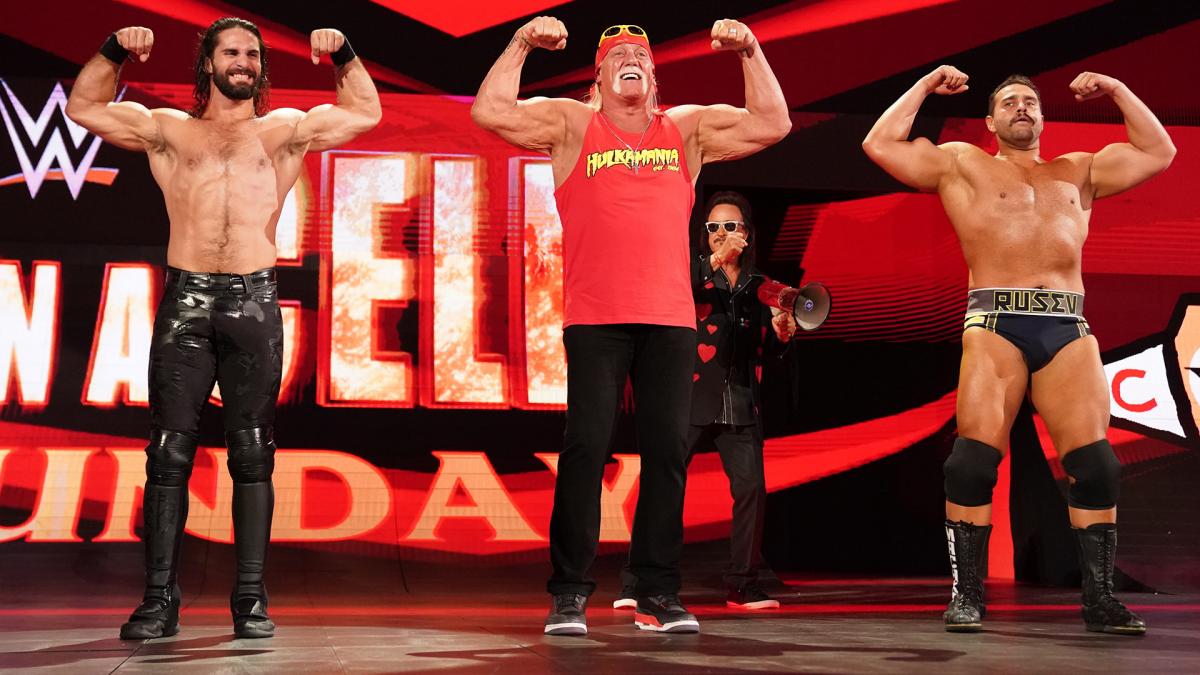 Bobby Lashley is back, and he apparently has Lana with him. This is confusing for Rusev, and for us. Last week when we got Rusev back, he sure seemed to be a heel. At the beginning of his evening, he seemed like a face, saving Seth Rollins. Then a heel….and now who knows.

New announce team had a few bad lines. It’s going to happen while they develop chemistry.

Just going to comment here that hey, it’s a new team. I’ve heard Lawler and Vic before. The other fellow? He’s a new sound to me. Can’t decide how I feel just yet.

The new look is here. The new RAW logo we’ve seen ahead of tonight-it’s not bad. The new graphics and font are fine. The new stage? I am unsure about. Others have said it and I’d agree-it looks like a skating quarterpipe. I feel it’s a bit less grand than I expected, but it’s not terrible. 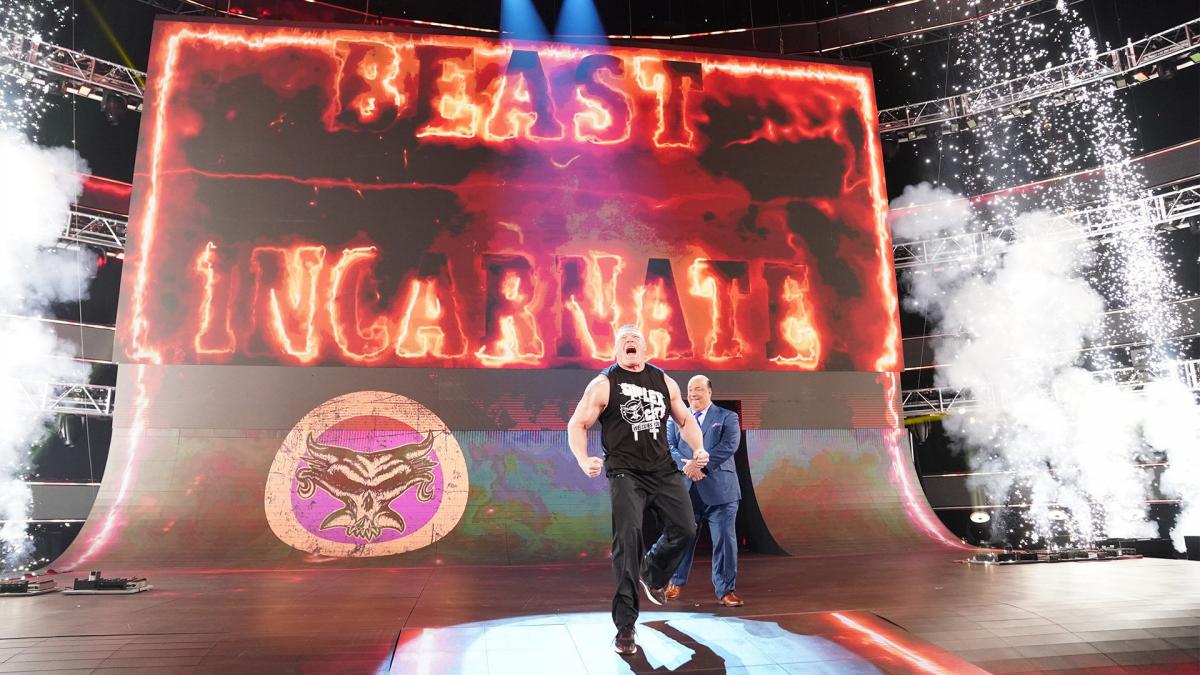 Maybe it’s just me, but some of the WWE angles of choice lately bother me. I am not thrilled with the whole Maria Kanellis baby daddy drama. Now, tonight, we get the other dud-Lana and Lashley, hooking up on stage in the midst of Rusev’s unexpected Universal Championship bout. Now, it could lead to something great…but I doubt it. Not a fan of those angles. 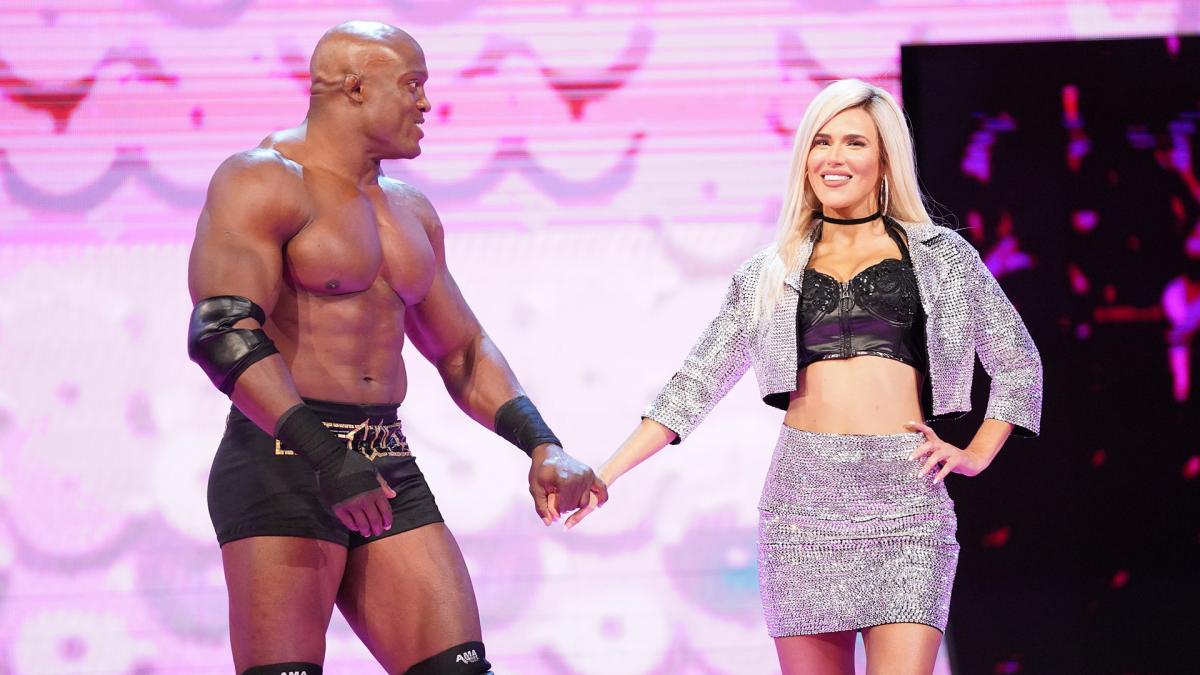 Brock Lesnar sure made a statement on the “season opener” of RAW.

I can’t help but think that Heyman’s backstage promo is hinting at other challenges for Brock Lesnar (Cain Velasquez? CM Punk? The Rock?)

The Fiend, after weeks of teasing Rollins, puts him down on the final minutes of the go-home show.

Cedric Alexander and AJ Styles gave us an enjoyable match.

All in all, an interesting show. It had some great moments, but it had a few lulls too. Not a terrible season premiere, for what it’s worth. Decent go-home show, but it felt the focus was more on the season premiere.

The Batman: Composer Michael Giacchino Responds To Critics Of The Batsuit And Camera Test