NFL's Demario Davis sparked a Christian movement raising $120,000 for a hospital from his MAN OF GOD headband. Here's why he's sending one to the Pope.

“This is amazing, it just shows you the power of God,” the Christian linebacker said on Fox News. “You know, I would have never thought this whole movement would have happened — and it’s not just here in New Orleans. It’s been national.”

I’m SO hype these are finally coming in! I know we’re away this week but I still wanna see ya’ll in your #ManOfGod #WomanOfGod and #ChildOfGod headbands! Tag me and use the hashtags so I can see ‘em! Whether you’re watching a game at home, out with friends, or just talking about it on Instagram I want everyone to know how we rockin’ over here!! Let ‘em know who that #ManOfGod #WomanOfGod and #ChildOfGod really is!!! 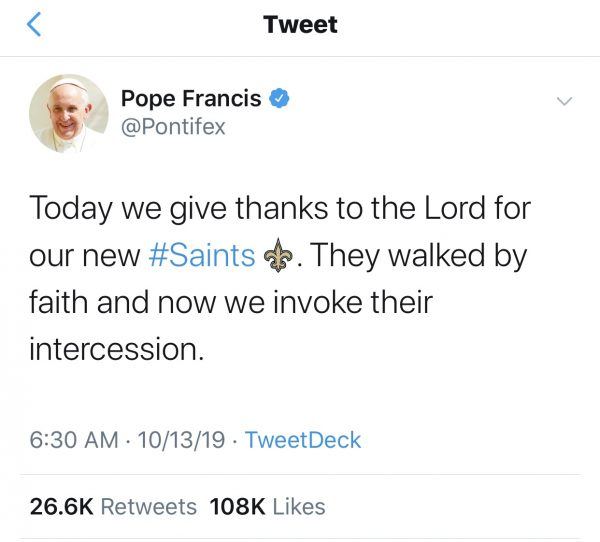 “I liked it even more because I feel like it kind of flowed off our ‘Our Man of God’ thing … so now I got to send the Pope a ‘Man of God’ headband,” the linebacker said in a recent interview.