Pinch me, I'm dreaming, right? NXT, live, for two hours? For a couple weeks, it's split between USA and WWE Network...but NXT is LIVE!

Well folks, it finally happened! Back in the days when I covered NXT more closely for this site, it came up from time to time, and I know I was not the only one to think it. The “it”? “Could NXT make it on a major network as a weekly show?” Now, to be completely honest, at the time, I half expected it to be mostly taped-basically, take the NXT show off the Network and pump it out on USA, Fox or whatever channel wanted to pay for it. That it happened, that it became a live two hour show? Totally awesome, and very deserved.

Now, with that said, in honor of the brand debut on USA, we aren’t so much as dusting off the old NXT Nutshell as we are, well, taking things to the NXT level!

Best Match Of The Night

As far as matches go, this one is a tough call. The debut match for NXT on USA, the women’s four way? That was a hot start, for sure. Roderick Strong and Velveteen Dream was good too. 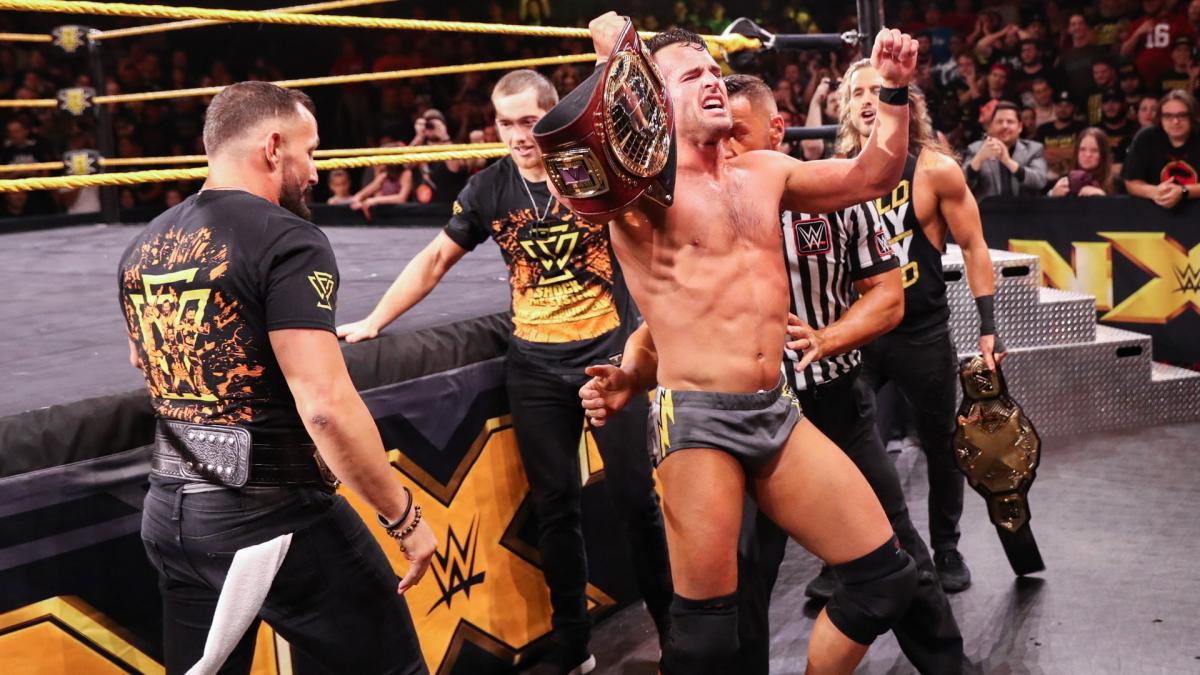 The closing brawl was less a match and more a spectacle, as Matt Riddle, Killian Dain and the rest of the NXT roster got physical before the show went off the air. 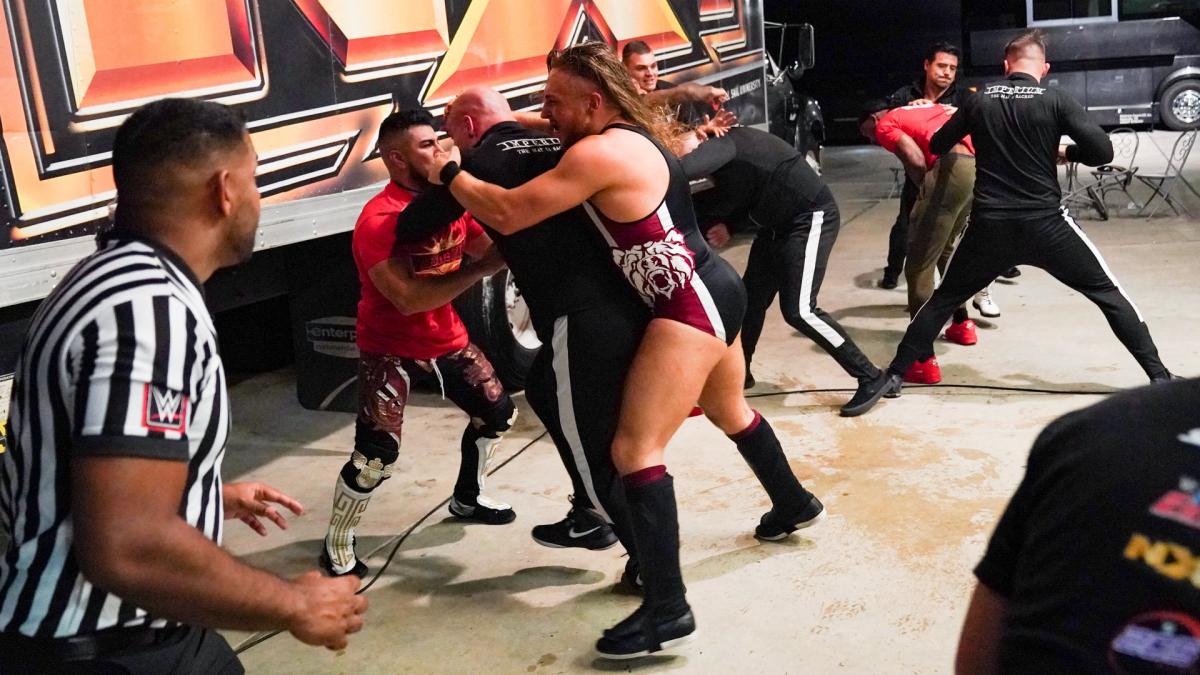 Take your pick, the show had a bit of something for everyone, I think.

Best Moment Of The Night

Just the sheer fact that we had two hours of live NXT, one hour of which was live on the USA Network. Surreal, and I am merely a fan and blogger. I can only imagine how proud all those who have been intimately involved in getting the product to this point must feel.

Worst Moment Of The Night

Here’s actually an easy one.

Having to switch from USA to WWE Network. I wasn’t clever enough to have the Network running on my iPad already, and once I went to watch it, my iPad decided it needed to update…so I missed some of the Pete Dunne match.

The theme here? Totally my fault, not anything NXT or WWE did wrong. Let’s hope this stays that way.

Crowd Chant Of The Night

I left this here for one reason: The crowd at NXT shows is almost always incredible. Yes, it’s smaller, but it’s louder. It’s hotter. They have more intelligible chants. Watching the shows and hearing the chants is a blast. If you just tuned in for the first time, I have to think the crowd energy helps sell the product.

Can I be crazy and say Triple H? I mean, he’s basically the driving force behind NXT now, right? He deserves praise.

From an in ring perspective, Velveteen Dream and Roderick Strong were solid in the USA portion main event.

For all intents and purposes, it sure felt like every NXT Superstar brought their A game (and, they usually did before, too)

Candace and Lio deserve mentions too, as both became #1 contenders tonight 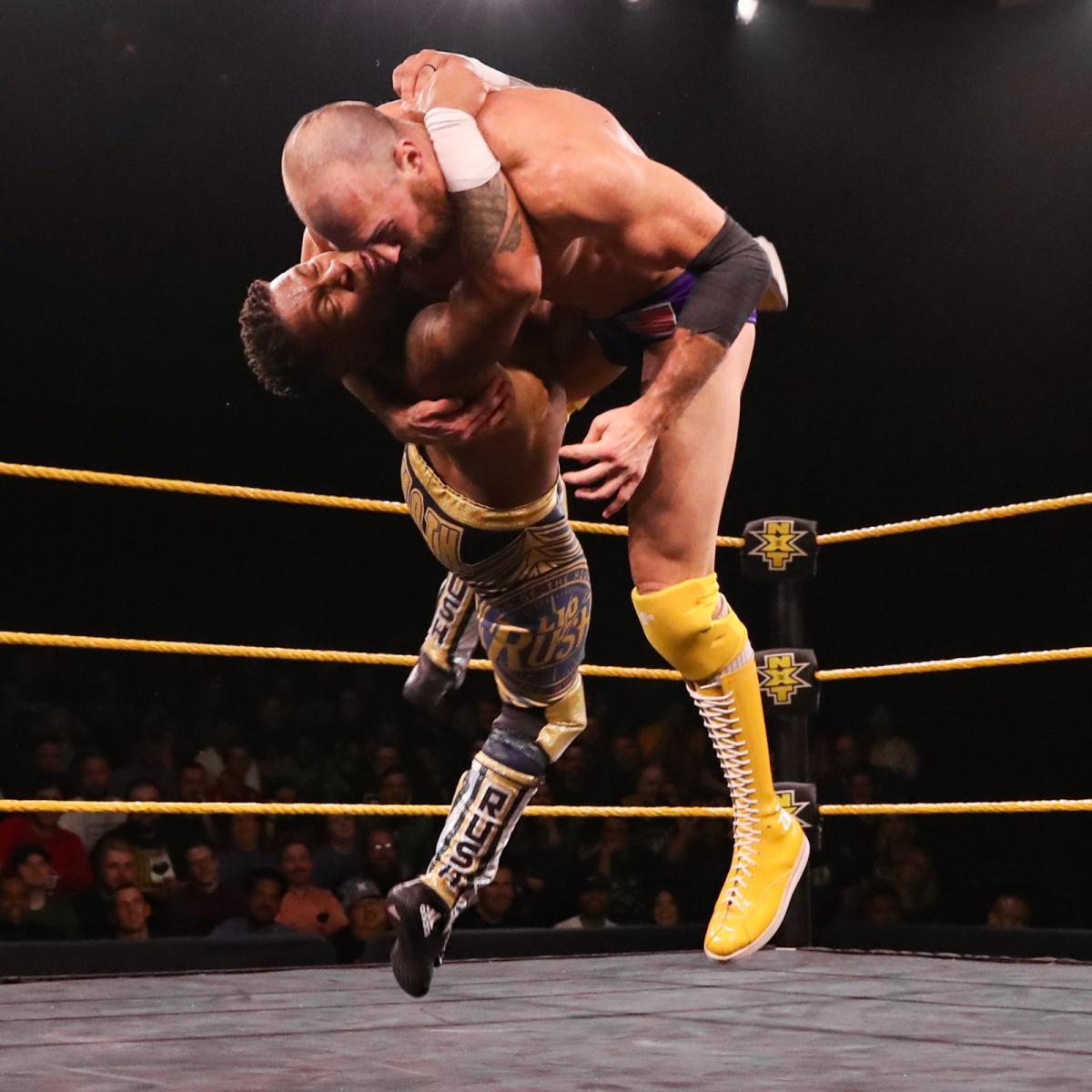 I certainly didn’t expect Imperium to show up,  completed with WALTER. 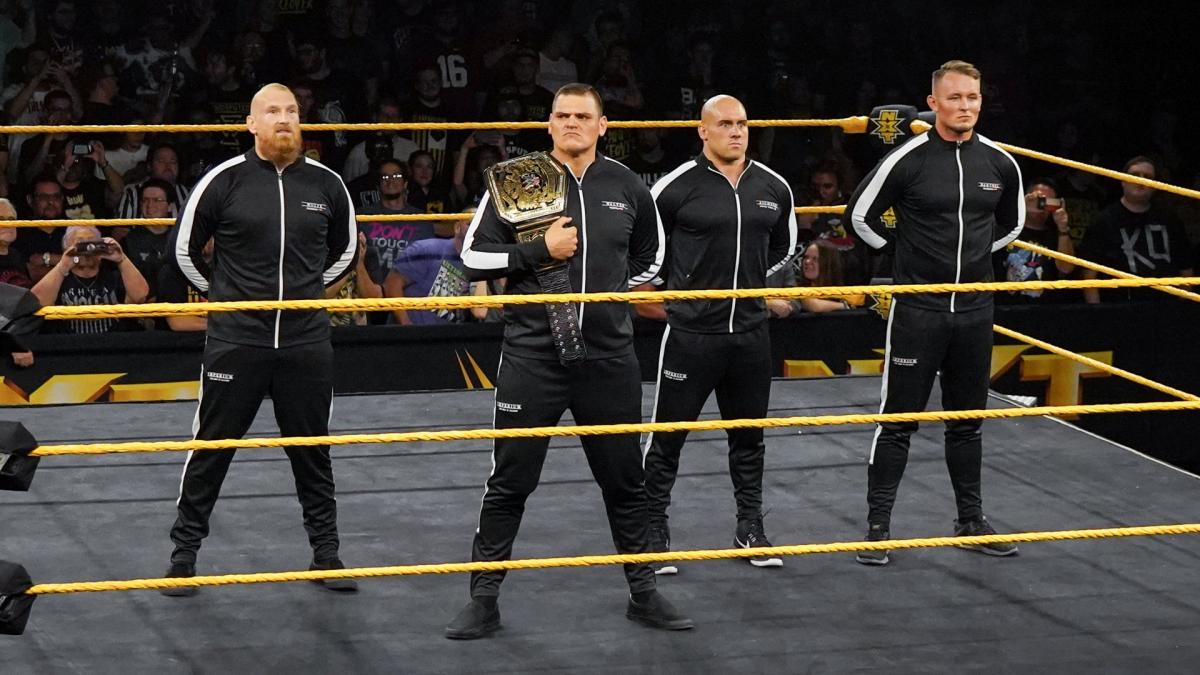 Considering that, before he was signed to NXT UK, the word was that WALTER was never signing with WWE because he had no interest in working in America…something clearly changed his mind (or, the talk was just that…talk).

Fans popped huge for their arrival, too.

OK, I have to put one in here. Dream seemed to whiff on a super kick to Adam Cole. Maybe not whiff, but it wasn’t going where it was supposed to. Cole, ever the consummate pro, still sold it like a champ.

I have to say, it was refreshing that for the debut show, WWE didn’t opt to really bring a big main roster name (like Kevin Owens, as has been rumored) to help put the show over. WWE tapped UK talent (like WALTER and Imperium) and some NXT alums and current 205 Live guys (Lorcan, Lio Rush), and let the existing roster soak in the moment they so richly deserved. While Owens was a huge part of NXT a couple years back, it’s someone else’s turn to shine.

Also, while I don’t think WWE announced it yet…it sure seems like the cruiserweight division is going to be absorbed by NXT. For one thing, a bunch of Superstars on 205 Live came from NXT. Another point? The match to crown a #1 contender was on NXT tonight, not 205 Live last night…

I liked how the show ended. That brawl was akin to a major PPV battle royal, where WWE crams 50 mid-card guys into a ring for 8 minutes to let guys say they were on the show. Except, in this case, this one actually worked. It was crazy, it was physical, and you didn’t want to turn away for fear of missing something.

This was a tale of two shows. USA for an hour, Network for another. It felt like it, with a major main event closing out each hour, effectively.

What is worth watching now is, how will things change in a couple weeks when NXT is completely and totally on USA, and there’s no need for the audience to switch from USA to the WWE Network.

Beyond that, I’d say NXT got off to a great start for it’s live era!