Clash In A Nutshell: Quite A Night In The Queen City

Every title is on the line tonight as WWE's Clash of Champions rumbles into the Queen City. How will Braun Strowman and Seth Rollins survive two matches?

With a name like Clash of Champions, you’d expect a good show, right? Well, every WWE title is on the line this evening, so that should hopefully keep things interesting. Fans are expecting quite a night in the Queen City, with Seth Rollins and Braun Strowman doing double duty just to name a couple matches. We’ve got Sasha Banks back on PPV, Bayley defending her SmackDown Championship against Charlotte and a lot more. It’s time to crack open this Nutshell! 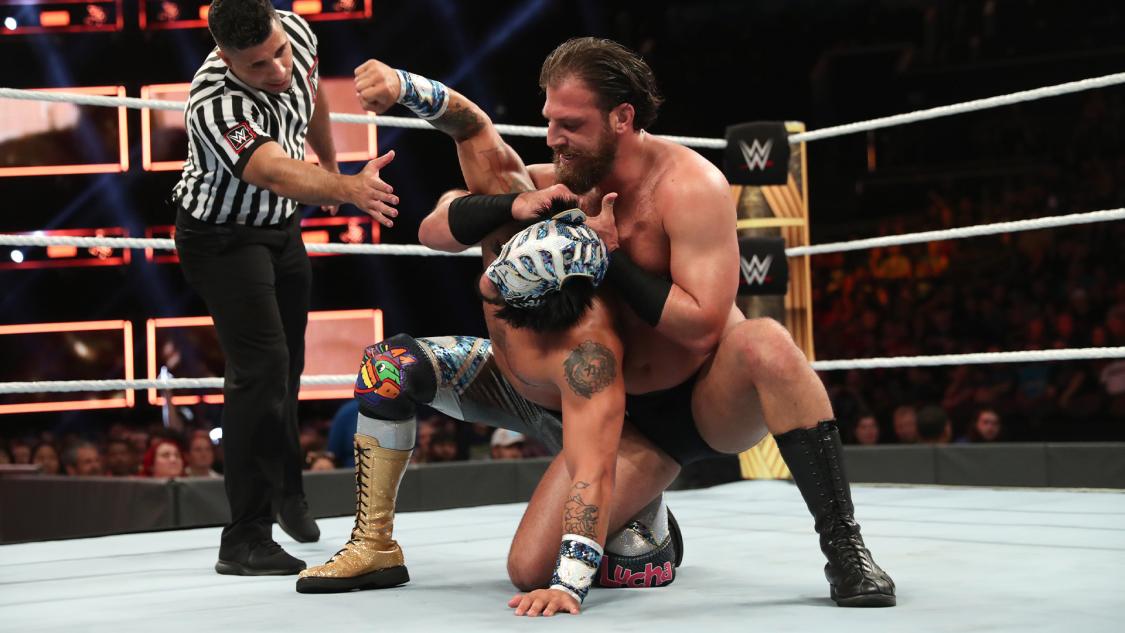 I kid you not, this is like the third time in the past four PPV (OK, maybe it’s not, but it’s feeling like a trend). The Cruiserweight Championship match was, in my opinion, the best on the card. The challenge with that? It was the opening bout on the pre-show, meaning a fair bit of fans probably didn’t catch it live. Oh, sure, it garnered a  “this is awesome” chant, and deservedly so. If the women can main event RAW and SmackDown and more…why can’t the cruiserweights get a bit more love? Seriously, the guys on 205 Live are consistently impressing, and there’s a few of their alums on the main roster doing some damage as well.

Disappointing match of the night:

Two of them for me. 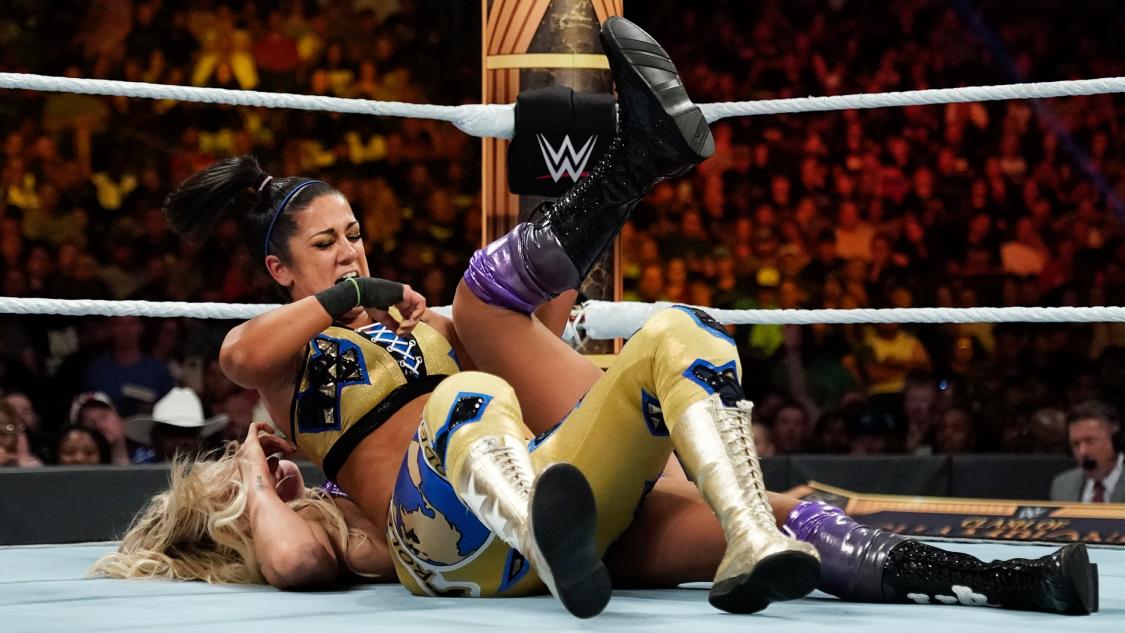 Bayley and Charlotte just never clicked.  had hoped that perhaps with a distinct heel turn, Bayley might be more over…alas, she is not. It’s time for a title change, though I’d guess if it didn’t happen here, perhaps it’s being saved for the Fox debut. 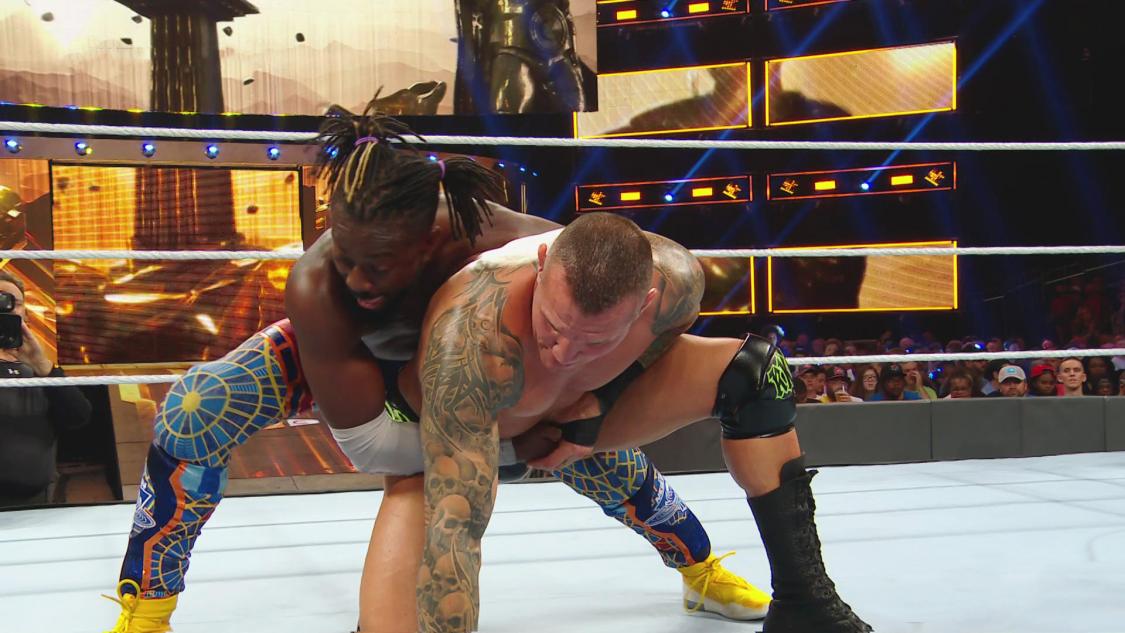 Then we have Kofi and Orton. They gave this match plenty of time, but it just never worked for me. I honestly expected that Kofi was going to drop the title here, as it just feels like he’s got an expiration date and it’s not too far away.

I’d go with all three cruisers in the opener for one nod. Gulak retains, but all three looked good in the process. 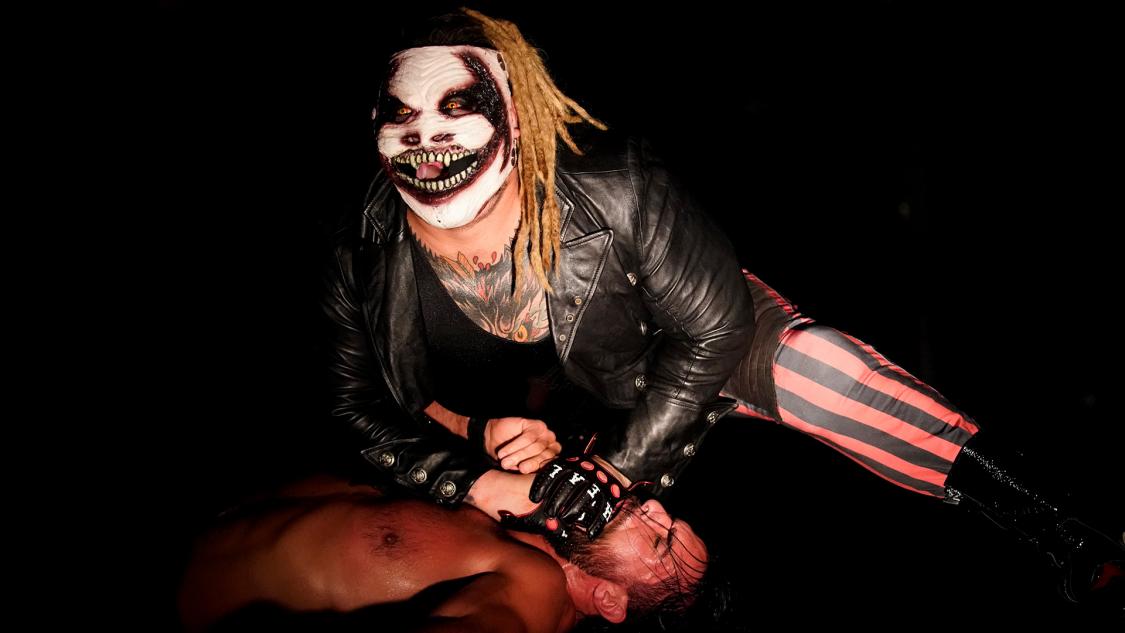 Otherwise, the night was stolen by The Fiend. I was surprised that we got no turn from either Rollins or Strowman, but instead got a Fiend attack after the match-I had expected a Fiend attack during the match, in order to protect both men. But at least now we can clearly see how we are getting to Fiend/Rollins at Hell In A Cell (not that WWE couldn’t have just done it).

Not a signature spot. Sure, big deal to have Strowman eat so many of Rollins’ finishers before finally taking the loss…but not really a memorable spot. 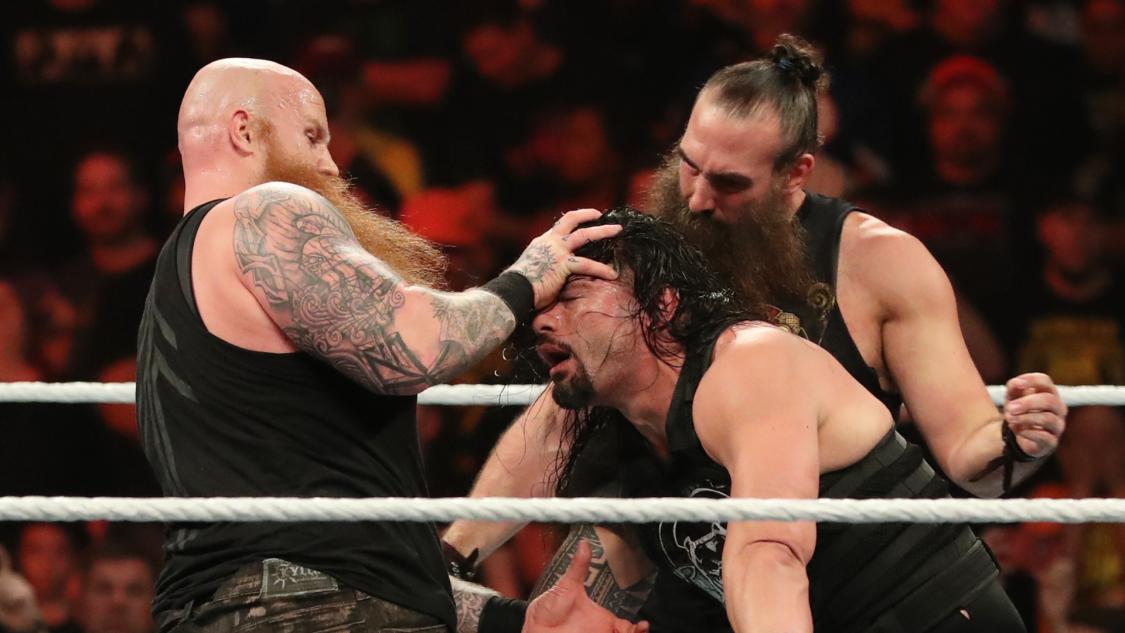 Luke Harper is back, and perhaps they fully reform the Bludgeon Brothers. That would make sense, considering that is what Harper and Rowan were, before injuries. The massive duo destroyed Roman Reigns.

Renee had a bad exchange with Graves early on. A reminder why WWE is probably eager to get her into a studio show…even though I usually like her on commentary

No singles titles changed hands. But we do have new RAW (Roode and Ziggler) and SmackDown (The Revival) Tag Team Champions. 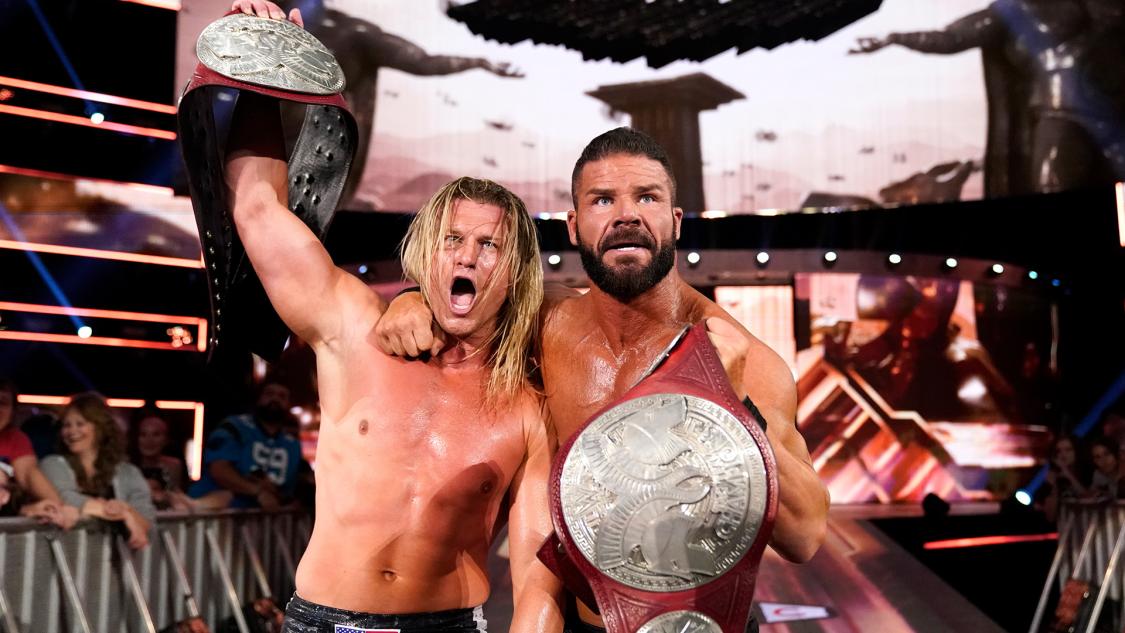 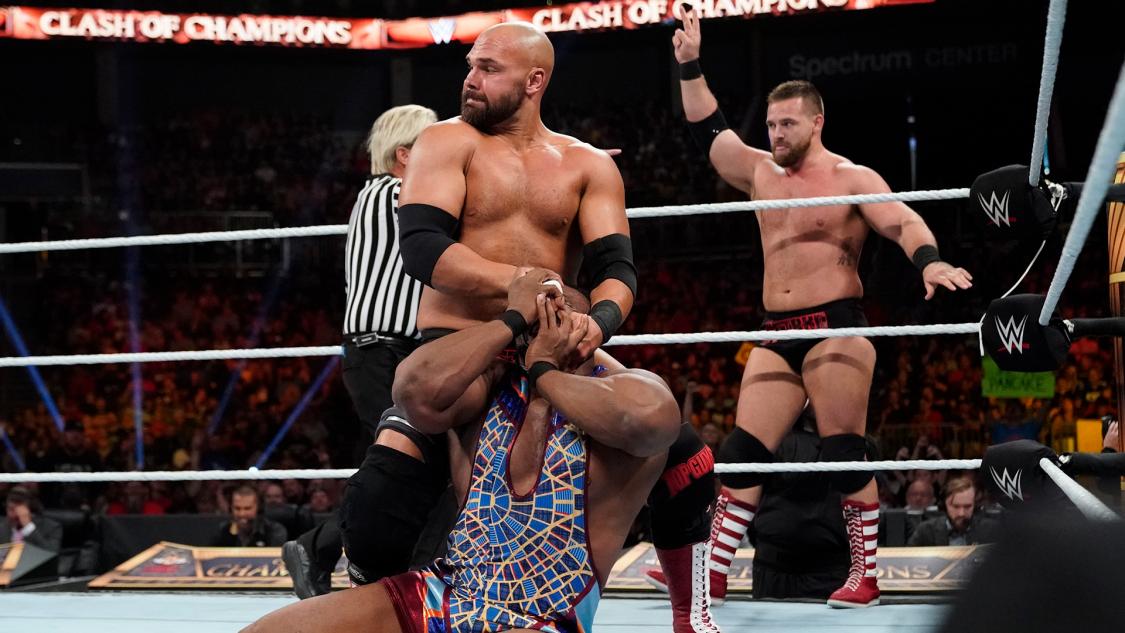 Harper is back, months after seeking his release. With him back in what has to be considered a decent program, it will be interesting to see how things play out. Will Reigns now team with Daniel Bryan against Harper and Rowan (IE, the enemy of my enemy is my friend), or will we see Rowan and Bryan make amends? And while nothing has come from it…yet…could we still end up seeing a Family Reunion?

Really expected better from some of the title matches. Honestly not sure how much more of Bayley I want to see as champion.

And while I know I am in the minority…I hate the Fiend mask. It just looks so weird. Yes, I get it, it’s creepy and all that…but it just looks odd. With a luchador, the mask makes sense. When Finn channels his Demon, it is intricate facepaint. The mask Bray wears just doesn’t look conducive to wrestling, and it just bugs me a lot (and not because it’s creepy…that part doesn’t factor in at all).

Cruisers with another nice showing.

I liked Cedric and AJ, though I was hoping Alexander might actually claim gold. 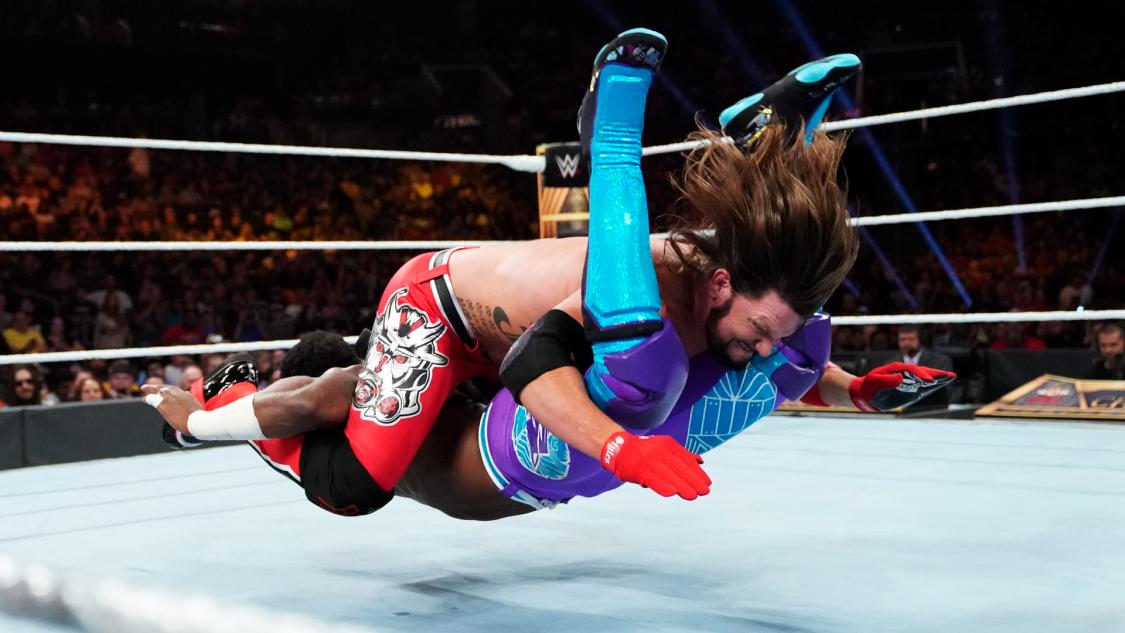 Overall, kind of underwhelmed by the show. While there’s a couple shows before the blue brand changes channels, I have to think that any major changes (IE, title changes) are done between now and the change. That is somewhat surprising, I think…part of me really expected a singles belt to change hands tonight and it just didn’t.