WWE SummerSlam 2019 Report Card – Grades From Toronto Are In!

The biggest party of the summer is over as WWE headed to Toronto for SummerSlam. There were plenty of big names and here are grades from each match.

Following last night’s Takeover, The biggest party of the summer is over as WWE headed to Toronto for SummerSlam. There were plenty of big names, including two WWE Hall of Famers in Trish Stratus and Goldberg, Brock Lesnar made his rare title defense, Kofi Kinston looked to keep his dream going and Bray Wyatt’s “The Fiend” made his in-ring debut. So finally, here are grades from each match. 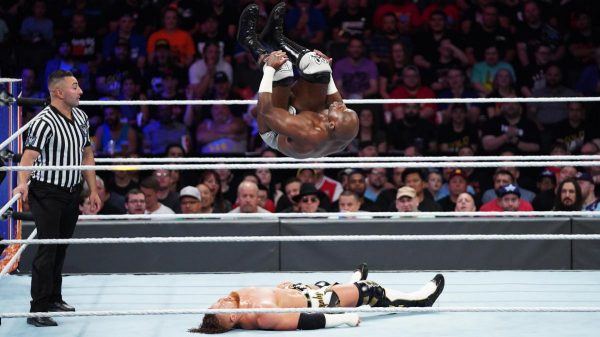 What a strange call by WWE to have this match with no buildup. I cannot even remember the last time Apollo Crews had an actual program on TV outside of the 24/7 Championship. The only purpose of this match was Rowan getting his hands on Buddy Murphy for ratting him out to Roman Reigns. Instead of a filler match, I wish Daniel Bryan addressed the accusations made against Rowan. Grade: D 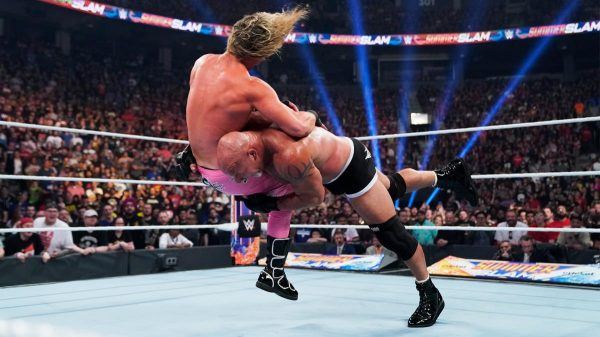 Two super kicks, a spear and jackhammer was the entire move-set of the match. I think everyone saw this coming and there is not much to say here. The post-match beating served no purpose. At least, this leaves a better impression than Super ShowDown. Grade: C- 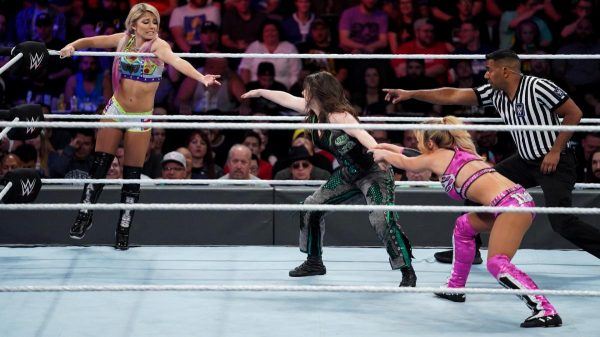 There was so much hype surrounding the WWE Women’s Tag Team Championships and the titles have quickly fell flat. It is a case of WWE not having the belts being defended on a regular basis. The IIconics made for a great comedy duo that might have been deserving of a title reign, yet not so quick. Alexa Bliss & Nikki Cross are for a strange pairing, but at least it seems like they will be the defending the gold more frequently. The biggest takeaway is if Alexa Bliss is actually now a babyface. Grade: B- 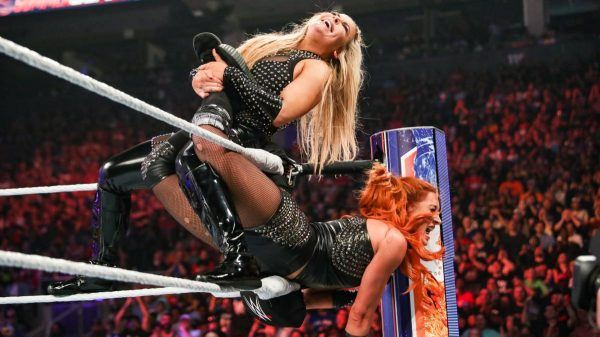 We started the main card with Becky Lynch’s armbar against Natalya’s sharpshooter. Despite the event coming from Canada, Becky still had a decent amount of fans in attendance. As expected, Natalya’s arm and Becky’s leg were signaled out. The crowd was into the match and a good choice to get the audience pumped for a lengthy evening. Grade: B 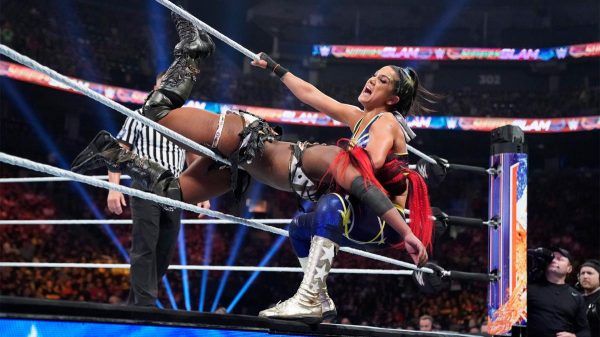 As crazy as it sounds, this was Ember Moon’s first singles match on a WWE pay per view. Moon looked good out there and certainly deserved a title program. Bayley being the champion still feels knew and that helped the match. I think people had Sasha Banks on their mind and that took away some of the attention.  Grade: B 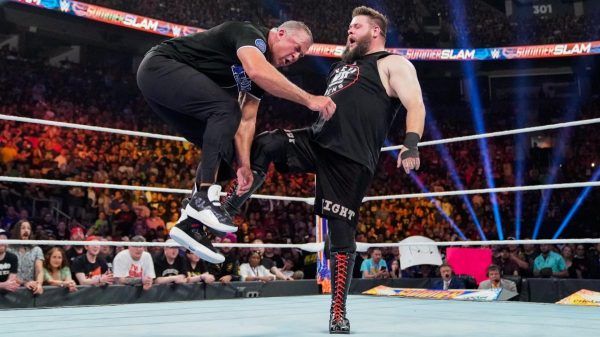 It is crazy to think that these two were feuding a year ago, but the roles have now reversed. Shane McMahon was going to need help, so Elias was an obvious choice. I must admit, Elias’ earlier segment with Edge on the pre-show was better. No Drew McIntyre was a bit strange; plus, he was not even booked for SummerSlam. The match was never going to be a show stealer, although they made the most of the situation. Grade: B 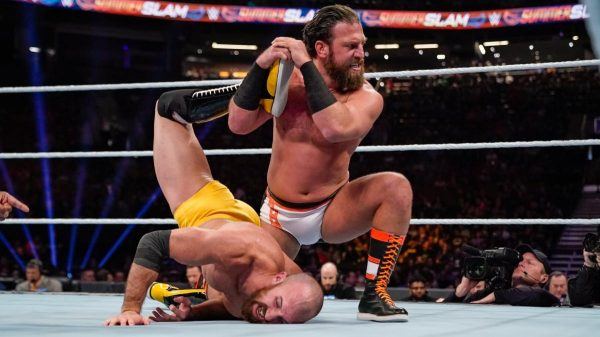 With a stacked card, the Cruiserweight Championship was back on the pre-show. The worst part of everything was how the 205 Live roster had to open the show. Oney Lorcan looked impressive in NXT and he just seems lost on the main roster. Gulak does not scream face of the division and I think we need a new champion. Grade: B 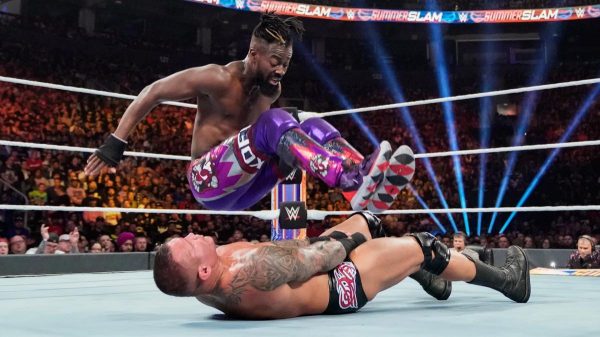 So much history between these two, dating to backstage politics about seven years ago. They are both great workers, meaning, at the worst, we would get a decent match. At this point, the lengthy show seemed to be taking a tole on myself and the live audience. The angle seems to be getting darker as Kofi Kingston’s family was brought into the picture. The crowd did not enjoy the conclusion, although I like the idea of the feud going another month or two. Grade: B 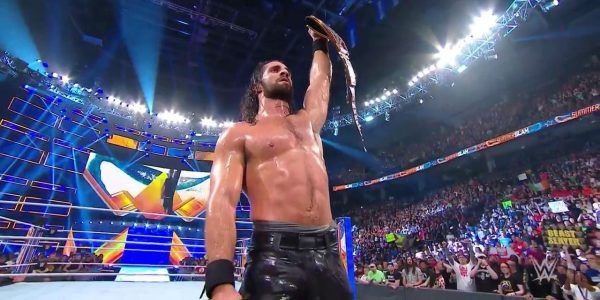 SummerSlam is becoming the event that Book Lesnar always headlines. This year, he looked to have an easy match as Seth Rollins was nowhere near 100%. Lesnar hit his typical spots, but Rollins was given a decent amount of offense. In the end, Rollins was able to slay “The Beast” for the second time this year. The only title change of the night happened at the end of the card and it was the biggest. Grade: B 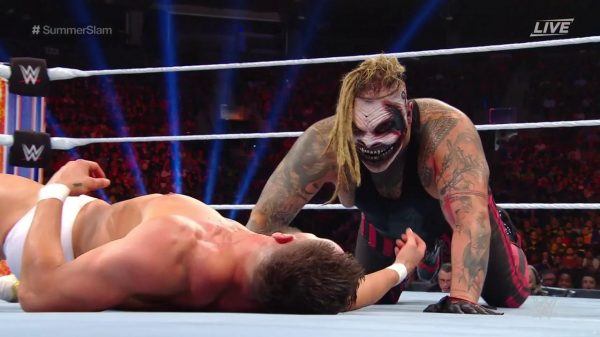 What a tough match to score. We were seeing Bray Wyatt reintroduced as “The Fiend.” As he was heading to the ring, I thought this seemed like his other gimmick; with some slight adjustments. Despite wearing a mask, Wyatt looked to be in better shape and the fans were glued to what they were witnessing. WWE has me wanting more, so something is working.  Grade: B+ 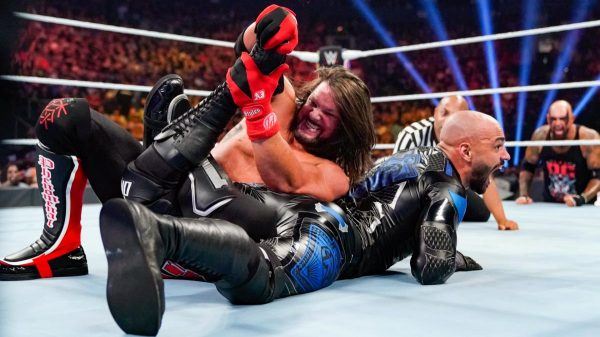 Even if someone has never seen their previous battles, AJ Styles vs. Ricochet is a match where you do not want to miss a second. These superstars are human highlight reels. Early on, Ricochet’s knee was taken out and he still managed to hit his highflying spots on one leg. While not their best meeting, that was one hell of a finish with the Ricochet getting caught in the Styles Clash. Grade: A- 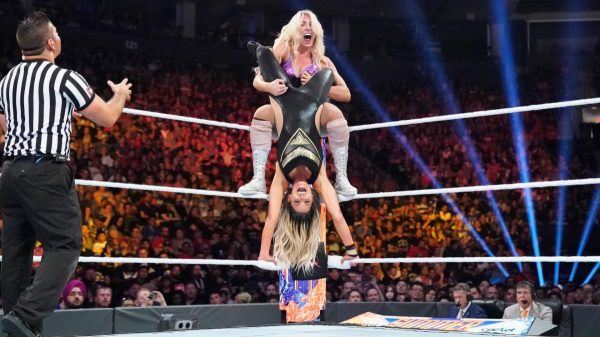 At first, Trish Stratus looked a little shaky. That quickly changed as Stratus seemed to have only partially slowed down; which is amazing considering how long she has been gone as a full-timer. In a battle of two generations, Charlotte Flair came out the victor. The outcome seemed obvious as Stratus publicly stated that this was a retirement bout. When your pro wrestling career is over, passing the torch is the tradition. Charlotte was the correct choice to hold that honor. Grade: A-

RAW In A Nutshell: We Are Banking On SummerSlam Now!

Thor: Love And Thunder Director Taika Waititi Casts Doubt On Whether His Star Wars Film Will Ever Get Made