RAW In A Nutshell: Post-Mania Surprises For All?

It's the Monday Night RAW following WrestleMania. The crowd is loaded and lively. How many surprises are in store over the next 3 hours?

Happy Monday (or, by the time you see this, Tuesday). It’s the show AFTER the biggest show of the year…which means it’s basically the biggest RAW of the year. The crowd is hot, the wrestlers are lively. Will there be post-Mania surprises for all? Some might be good surprises, some might be not so pleasant. On top of the excitement of the after-WrestleMania shows we get this week, the annual Superstar Shakeup is now looming, planned for next week’s RAW and SmackDown. This are going to get interesting and stay interesting over the next couple weeks. So let’s dive right in and crack open this Nutshell!

Well, this was a tough call…we didn’t have a lot of good stuff here.

I’d choose one of two. First being Sami Zayn and Finn Balor. It was good, not great. The payoff was Zayn on the mic after, all things considered. 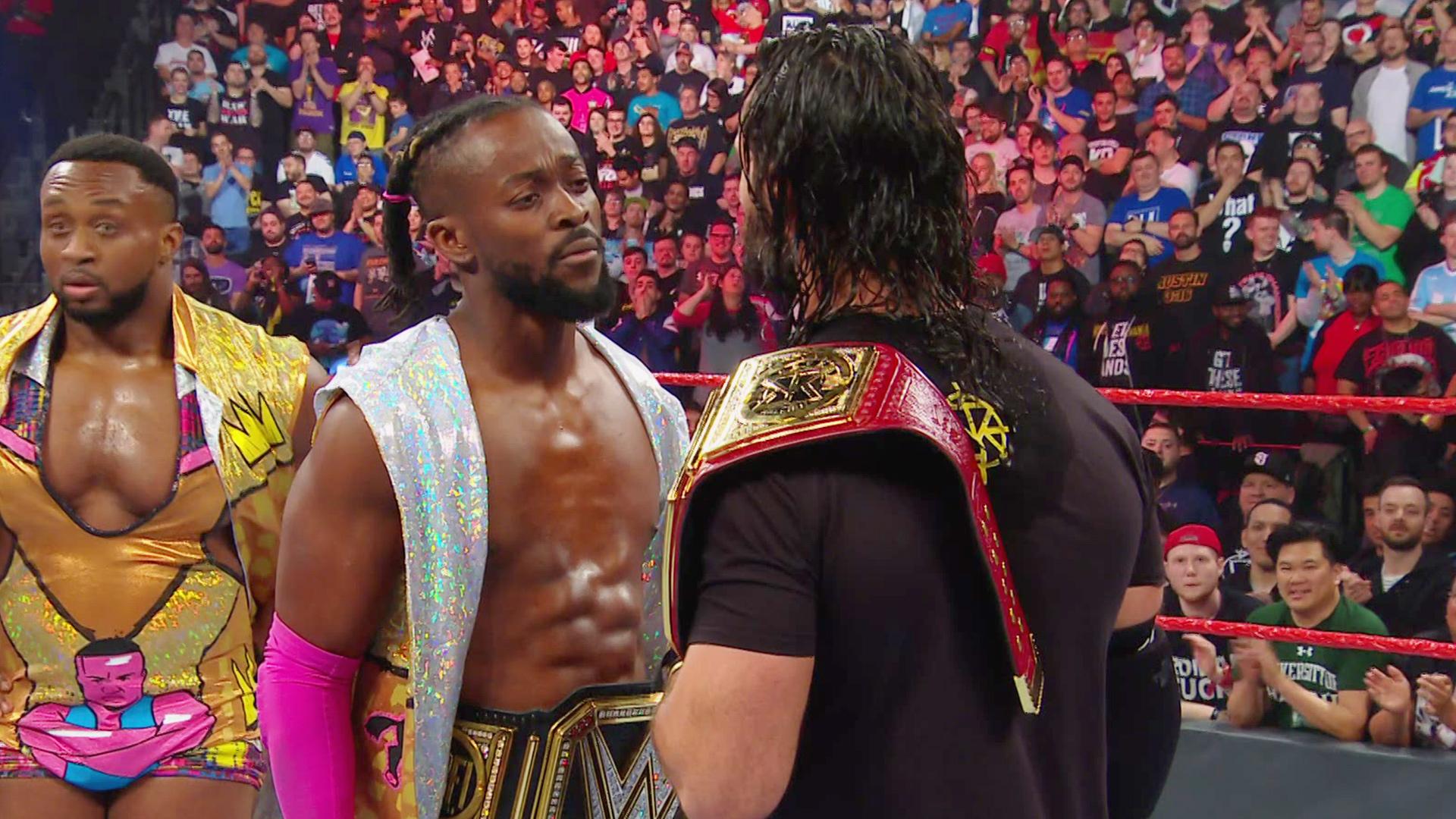 Second option would be the teased glimpse at champion versus champion, and the subsequent tag match.

Everything had a purpose tonight, so I won’t ding any particular match. Even the matches that I could have complained about…my biggest gripe would be the shoddy commercial breaks.

To be determined. I mean, we had some new faces and some returns, but nothing that screamed “give them the star”. All the new champs looked good early on. I will leave it at that

Lacey’s Women’s Right was a stiff looking shot. It is a huge opportunity for the rookie, so it’s worth keeping an eye on. 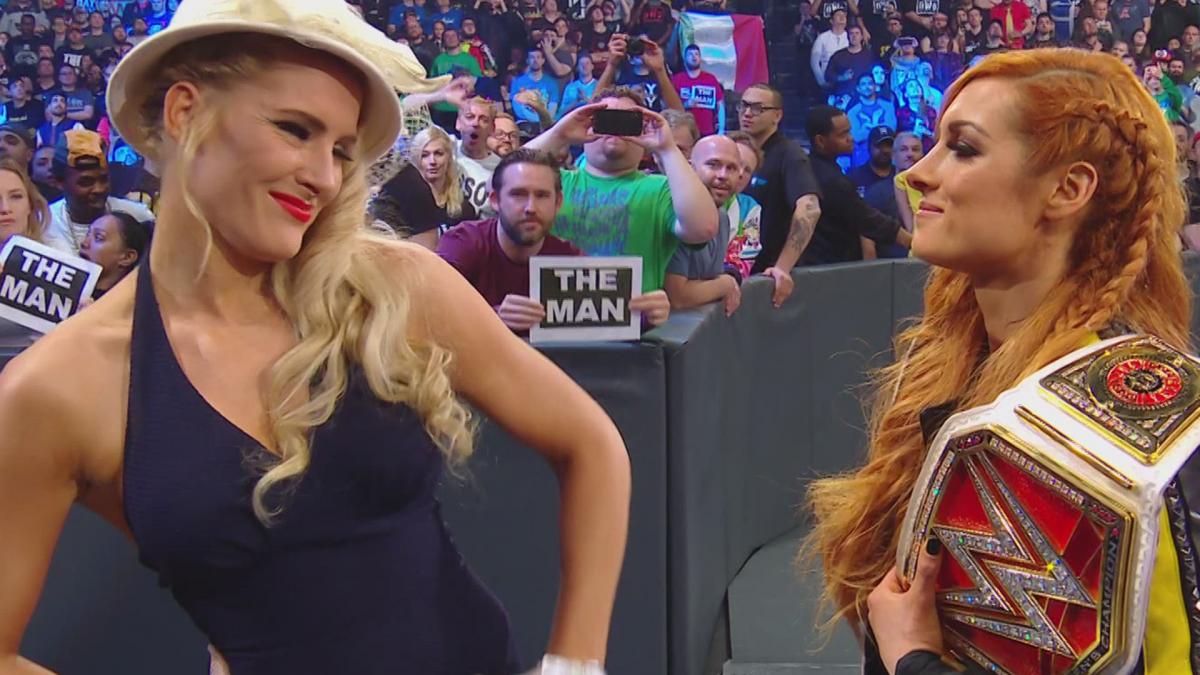 And then there’s Undertaker demolishing Elias. Don’t like to see someone who was promising be jobbed out…but it’s The Undertaker he jobbed for, so he has that going for him.

On what WWE was hyping as Dean Ambrose’s last match, he was jobbed out to Bobby Lashley in a match that never actually started. 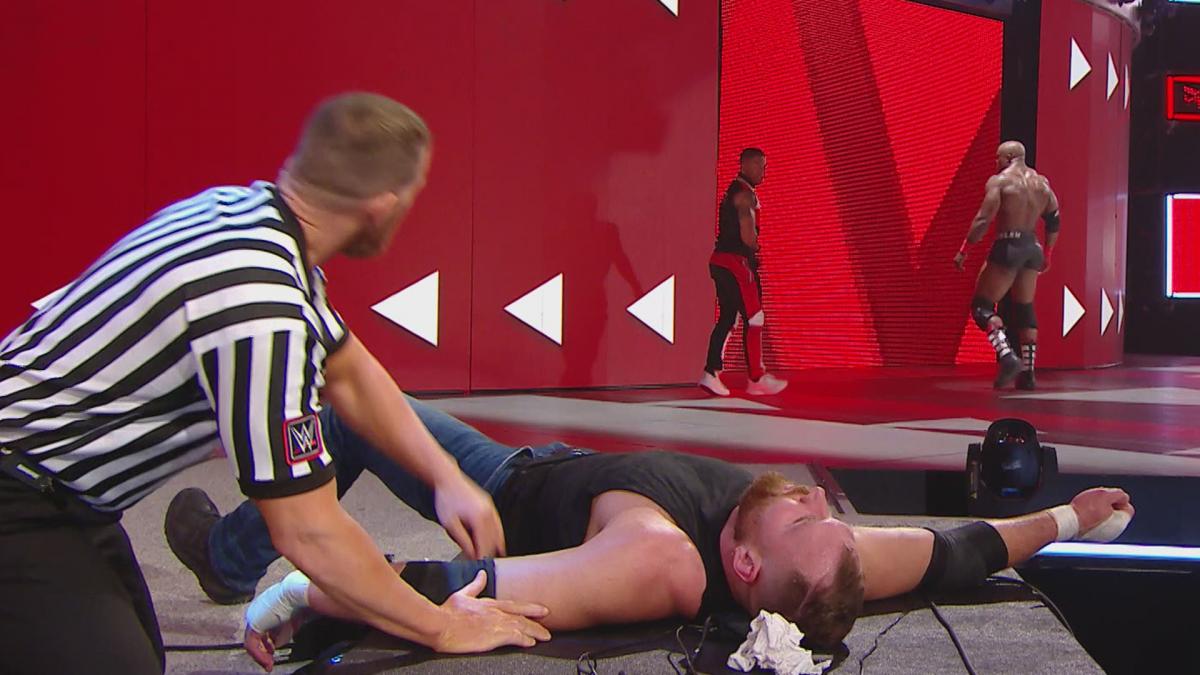 Elias wants a crack at this award too

We’ve heard for months, or at least, heard months ago, that Lars Sullivan was coming. After some mental health issues (and, I’d bet a planned hiatus to save him for this RAW), Sullivan debuted, taking out Kurt Angle.

We’ve seen her do nothing much for months (outside of the Rumble). We’ve heard rumors she’d be going after a women’s title after ‘Mania. Lacey Evans kicked off that ambition this evening as she came down as Becky Lynch closed her segment, and the two women threw down.

Elias said it…the next person to interrupt him was going to be a dead man. And indeed it was, as The Undertaker made an appearance and squashed Elias.

I am pretty sure Sami Zayn wiped out when he came out on stage. It’s possible he did it on purpose, because he played it up and had fun with it…but I am going to go call it a botch

How Sami handled his wipe out was funny. Or, if he did it on purpose (like, a jab at Batista tripping getting into the ring?), even funnier.

Good to see Alexa Bliss back in the ring 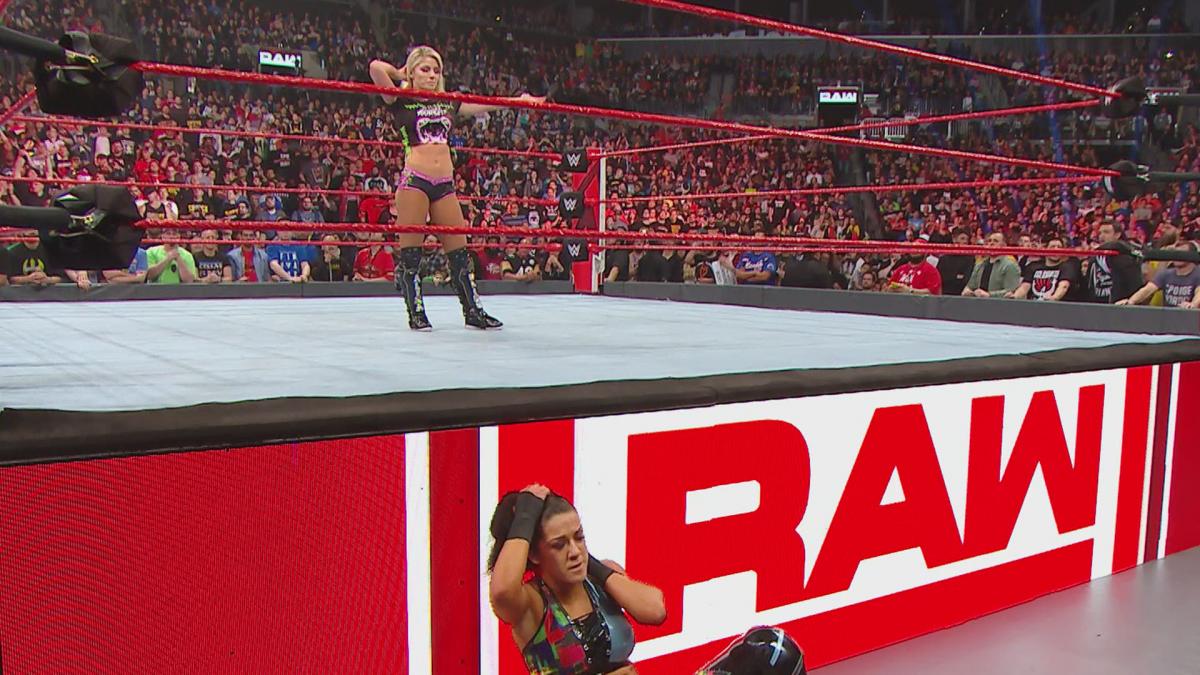 Sami Zayn has returned. Notable that it wasn’t a surprise return really. They showed him walking backstage as they cut to commercial, declaring his return was next.

He also came back the same way he left…as a heel. If anything, I think he was an even bigger heel now than before. 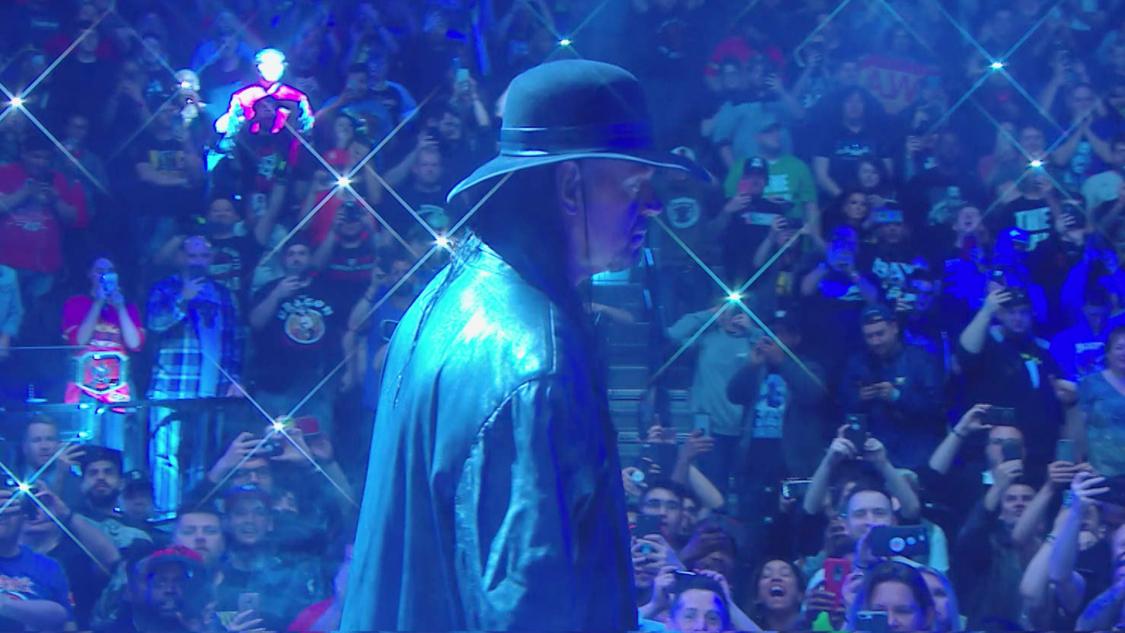 Serious question, but if you had Undertaker in Brooklyn for RAW, you had him in NYC over the weekend too, I’d think. If he was in last night, wouldn’t you rather see Undertaker at ‘Mania? I mean, have The Phenom show up and level Elias…if you wanted Cena to do something, you had other options. We could have always gotten the Doctor of Thuganomics on RAW.

That said, I think it’s pretty obvious WWE knew it needed a big RAW after ‘Mania. Fans expect it, and with WWE having already called up a couple of the NXT top guys (Ricochet and Aleister Black), the options were less appealing. So, WWE held out a big gun for RAW. It makes sense, considering not only is this the post-‘Mania RAW, but the show was also going up against the NCAA Men’s Basketball Championship game.

WWE hyped a champion versus champion, winner take all main event. So, as soon as Rollins versus Kingston was booked, you had to know someone was interfering. The Bar did a run-in, and our one on one, title for title match became a tag match instead.

Too many commercial interruptions. Not only that, but the timing of them was terrible.

I expected the main event swerve. Many did. But as far as swerves go, especially post-‘Mania ones…this one sucked.

Actually, in terms of post-‘Mania RAWs, this one was not in the top four or five. It lacked a truly big surprise, outside of The Undertaker…and with all due respect, that appearance isn’t enough to sway me.

Another gripe was the use of Elias. Last night he was jobbed out. Tonight was not much difference. While fans like Cena’s appearance and The Undertaker’s too…it does not help Elias. It may hurt him. 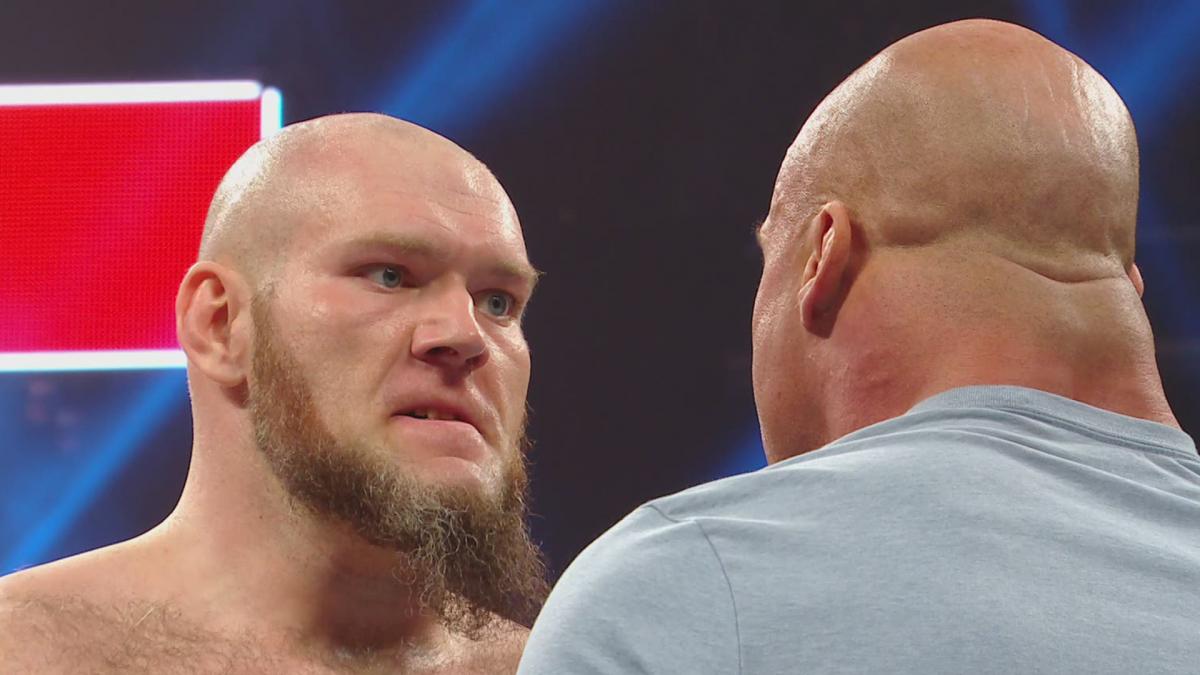 Sami is back and as heelish as ever.

Undertaker was in NYC afterall 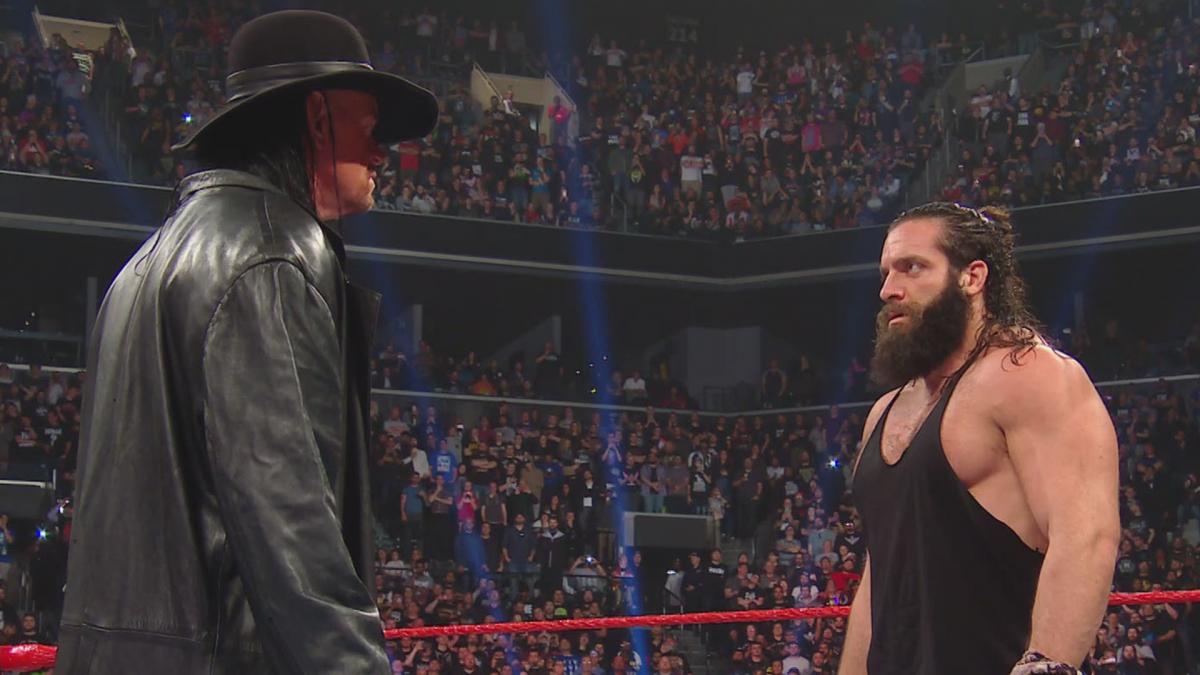 We have the first vignette for Bray Wyatt’s return. They didn’t say Bray, but they did not need to.

I never thought I’d say it…but as far as a post-‘Mania RAW goes, this one was largely bland. I don’t want to be so dramatic and call it a dud…but it was close to it.

I also can’t help but wonder if the reasoning behind Kofi/Seth is WWE testing fan reactions to a possible title unification down the road.b

The bright spots were there, but they were not as big or obvious as in years past. WWE screwed themselves with the December and February NXT moves. AEW screwed this up too, because guys WWE might have brought in as surprises  are now working for someone else.

I suppose it wasn’t a bad show, it’s just that expectations run high for this..and what we got, for the most part, did not measure up.