Seems last night, Survivor Series had some timing issues they dealt with. And, what's up with Vince McMahon's really expensive gold egg?

This probably went under the radar, but it turns out Survivor Series had some timing issues last night. Plus, if you’ve caught the show, you may be asking one question now: what’s up with Vince McMahon’s egg?

Last night’s PPV seemed to run pretty well, but now we are hearing that Survivor Series had some timing issues.

According to PWInsider, things were a bit off schedule at one point, leading to a bit of a panic.

It is a unique situation for WWE to be in. After years of having a largely hard and fast stop time due to the PPV and cable agreements, the company flipped the script with their Network.

Well, thankfully, now that the network efforts have been absorbed into Peacock, WWE aims to run shows to a schedule. 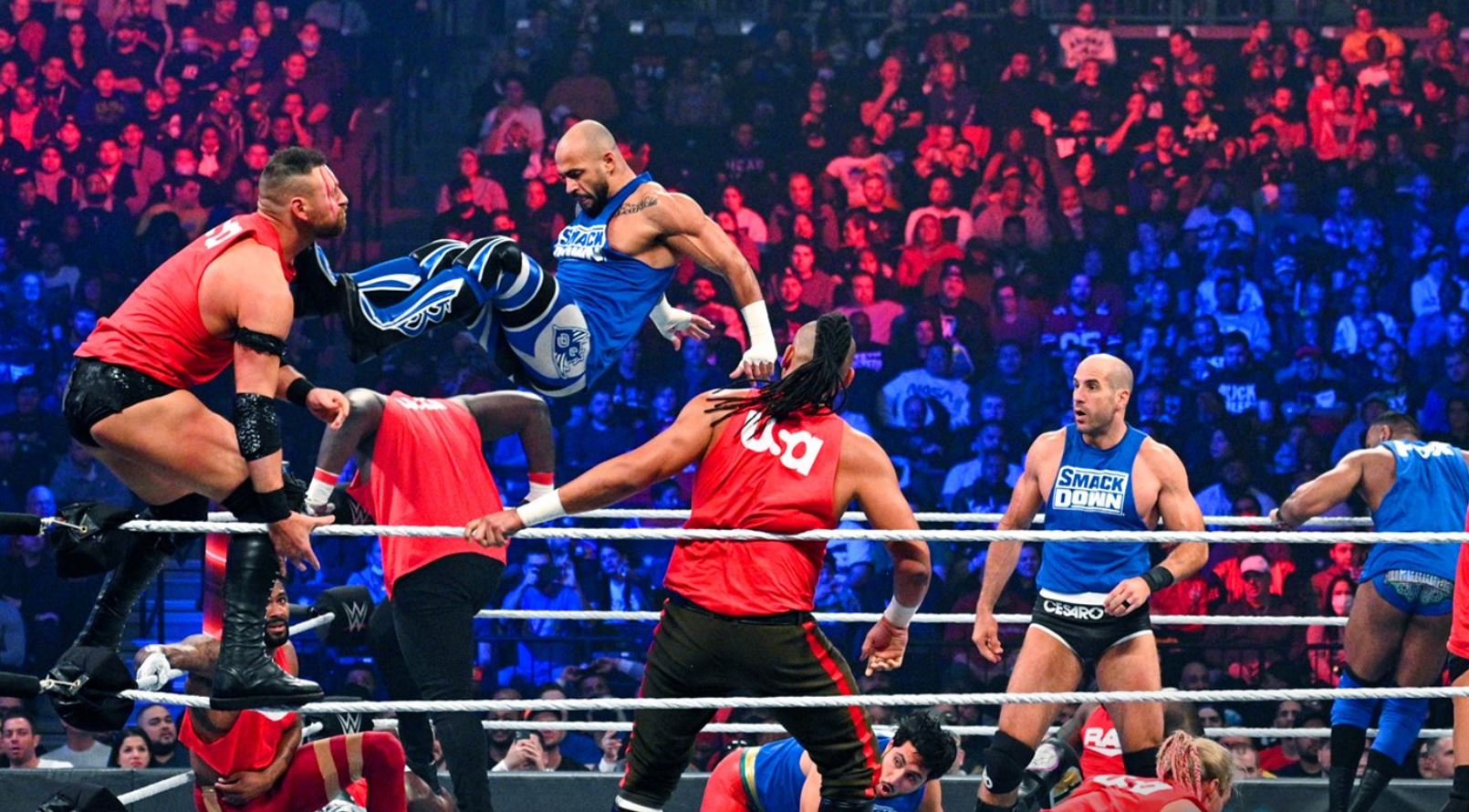 Per the PWInsider report, the show was expected to wrap by 11:35pm. At a point or two along the way, things were behind schedule.

This led to some concern, and perhaps a producer panicking.

The concern relative to running over may be why we saw some things wrap up a bit abruptly.

It is likely why we saw abbreviated entrances for the SmackDown women’s Survivor Series team, even though the RAW group got more time.

And, to be honest, I felt as though the ending to Big E and Roman was a bit abrupt…but no indication if that was as planned, or impacted by the timing issues.

In any case, the show wrapped up ahead of it’s expected end time, and the show was a fairly strong one.

What’s Up With Vince McMahon’s Egg

So, if you caught Survivor Series, you might be asking one major question: what’s up with Vince McMahon’s egg?

What you should then also be saying is…whoa…Mr. McMahon is back on TV?!

So, for anyone who noticed (and how could you not?), what is up with Vince McMahon’s egg….and for that matter, his appearance on Survivor Series?

Per the Wrestling Observer…the egg is exactly what McMahon said it was not.

Cleopatra’s Egg is an item that appears in The Rock’s new film, Red Notice. While WWE could not get Rock on for his 25th Anniversary…McMahon is not above product placements and teasers.

Which is what we got, relative to the egg.

🥚 LOOK WHO’S HERE 🥚@VinceMcMahon has arrived at #SurvivorSeries … and he brought something very special with him! #REDNOTICE @NetflixFilm pic.twitter.com/FUAyFCd15p

And, if you watched the show, you already know that toward the end of the show, it went missing. Which means we can probably expect to see the great WWE egg hunt extend until at least RAW on Monday.

The bigger item? Vince McMahon was back on television.

McMahon has not been on nearly as much as in years past. So to have him be on, and be on a good bit, is noteworthy.

Considering the egg remains missing, and RAW is still in New York on Monday…I’d bet dollars to donuts that Vince is on RAW too.

This could have primarily been a ratings push, with Vince wanting to boost numbers.

Or, it honestly could be a show-or shows-that are really easy to get to. Brooklyn is not that far from Stamford, and Vince’s limo did have Connecticut plates.

Not that Vince doesn’t fly…but when you are running shows roughly an hour from home? It makes the decision to go just a bit easier.