There are rumblings that a major SummerSlam match could be at risk. Plus, an update on Ember Moon and her absence from NXT of late.

There are concerns emerging that a major SummerSlam match could be at risk. Plus, what’s the latest update on Ember Moon’s absence from NXT?

It’s a straightforward question, but is a major SummerSlam match at risk?

According to a couple of sources…possibly.

The match in question happens to be the SmackDown Women’s Championship. The title is currently held by Bianca Belair. 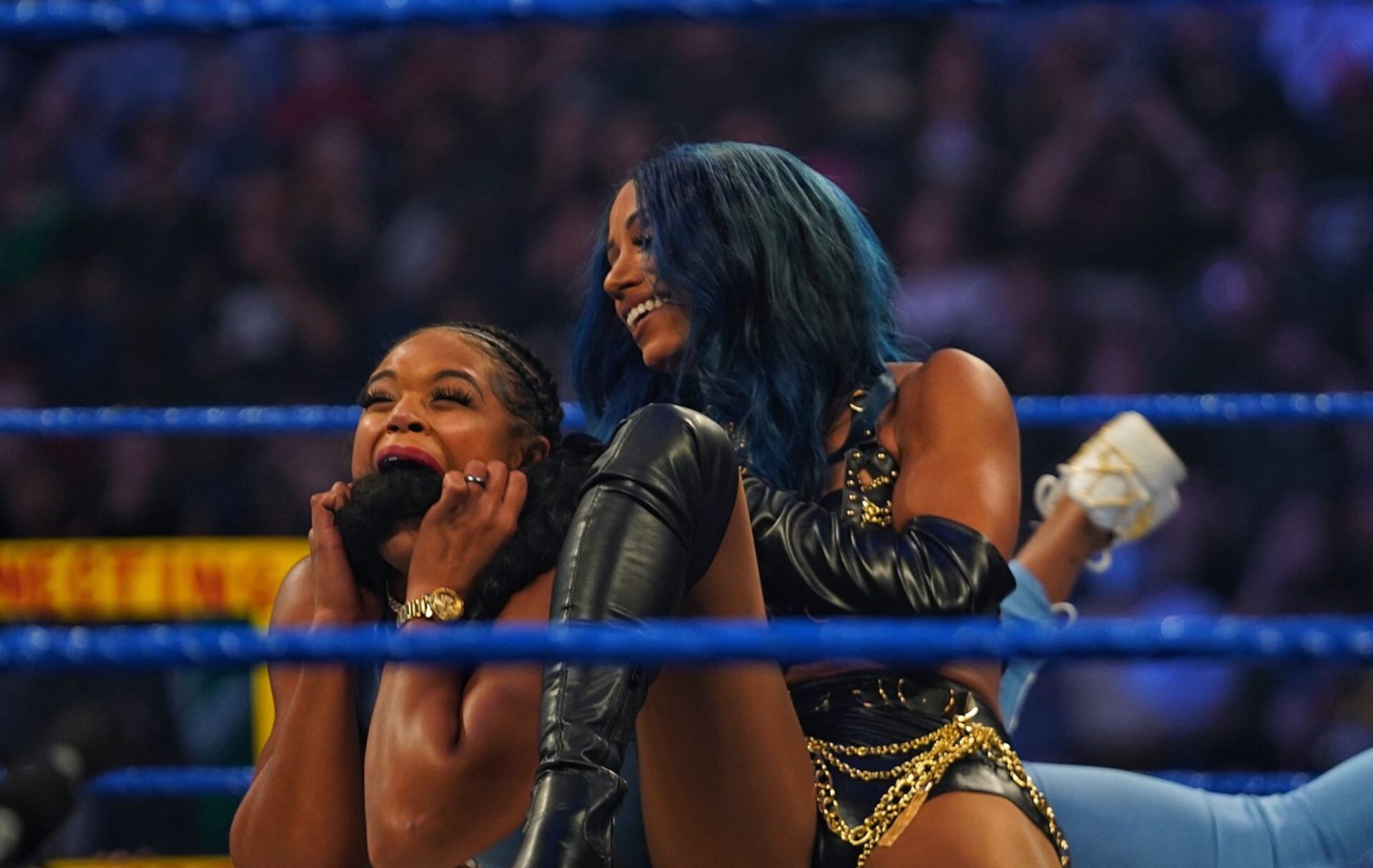 However, according to some reports…the two have missed shows all weekend. That includes the major house show on Saturday.

PWInsider has gone on to report that some within WWE have concerns about the SummerSlam match.

At this point, it seems safe to speculate that their SummerSlam match is at risk.

It is worth mentioning that none of this is official. As of this moment, Sasha Banks is still booked to challenge Bianca Belair on Saturday.

But, as we know all too well, there is that fine print: “card subject to change”.

Unfortunately in this current global pandemic, thoughts immediately go to whether one or both has been exposed to COVID.

There is no indication as yet.  We’ve seen conflicting reports that also suggested that Carmella and Zelina Vega may or may not have been spotted at shows either.

So…the only thing we have to go on? Sources telling a credible news source that there is at least internal concern that a major SummerSlam match is at risk.

It’s worth mentioning that it may be disappointing for Belair especially, if the match does not happen on Saturday.

Should the match not happen, it would be another case of her title defense not happening on a PPV.

Whatever the reason for their absences, we hope both Superstars are OK, and able to return soon.

Not that long ago, an NXT Superstar was a late scratch from her announced match…and now we have an update on Ember Moon’s absence.

Fans immediately suspected that the snake-bitten former NXT Champion may have suffered yet another injury.

Per Ember Moon herself, her time away from NXT television is not due to any injury situation.

Just want to clarify that I am not injured.

It will be interesting to see what is planned for Ember Moon-if anything-for when she returns.

As fans of NXT know, the brand has been shedding talent of late. There have been a few call-ups, but many more releases.

Ember Moon had been in a tag team with Shotzi Blackheart. The pair even held the NXT Women’s Tag Team Championships for a time.

However…Shotzi Blackheart is now on the main roster, and she has a new partner in the form of the recently returned Tegan Nox.

It would not be a stretch to re-insert Moon in the women’s title hunt, especially if current champ Raquel Gonzalez finds herself called up.

On the other hand, given the changes coming to NXT…Ember Moon could also find herself on the receiving end of a release before too long.