It's a big SmackDown In A Nutshell this week, and for one major reason: welcome back, WWE Universe! The fans are back and better than ever!

It’s a super special SmackDown in a Nutshell this week! Welcome back WWE Universe!!

This SmackDown In A Nutshell is the first since early 2020 to have the added benefit of the live, in person, WWE Universe.

So yes, welcome back WWE Universe. I am sure everyone missed everyone, as there is a unique relationship between performers and fans.

None more unique than in WWE.

So, keeping it simple tonight, it is time for…

If you want to cry, it’s okay to!
We missed you, @WWEUniverse.#SmackDown pic.twitter.com/XxI8HwrsHn

Everything in between? As good as it needed to be.

In the annals of wrestling history, the match quality for this show probably will be ranked “average”.

But, for the year, this will be one of the top shows of the year, purely because of it’s place in WWE history.

I think the one I enjoyed the most was something about Corbin moving into his in-laws basement.

Bottom line, crowd was great. Heck, it could have been the worst crowd in WWE history, having any bodies in the seats is so much better.

The crowd? Is it cliche if I say the crowd?

Tough, because I am going to say the crowd.

Yes, I know, I ended the last Nutshell giving credit to the digital fans and ThunderDome crew…but the biggest difference between last week and this week?

I mean, sure, hats off to the crew, doing their thing for the first time in a long time where they have to set up and break down in rapid fashion.

And awesome job by the Superstars, each one of them.

Probably Kevin Owens off of the very high ladder, through King Nakamura and the table.

A prelude of what we will get on Sunday, no doubt.

Going with Sami Zayn here. Because he came out, did his thing, and then got pummeled by a returning Finn Balor.

I don’t think I can give these Superstars too many more upsets…but Shotzi and Nox, another win.

Me thinks one more big win and I can’t call it an upset for them anymore.

I mean…the first show in front of a packed audience in 70 weeks?!

Pretty awesome, I am not going to lie. Watching from my couch, that opening montage and many other moments gave me goosebumps.

Like, the ThunderDome worked. It was a solution to a crappy situation.

But there is no true substitute for the live arenas.

On top of that…Finn Balor is back on the main roster!

Maybe Rollins flubbed a line when talking to Edge? But that is about it.

Anything else that could be a botch? Gets a pass tonight.

First show back, in front of 15k, it’s electric and it was awesome.

This wasn’t a show to critique like that. It was meant to be enjoyed, and I did.

Corbin, with his own CorbinFundMe. And his rant that earned him a stunner. 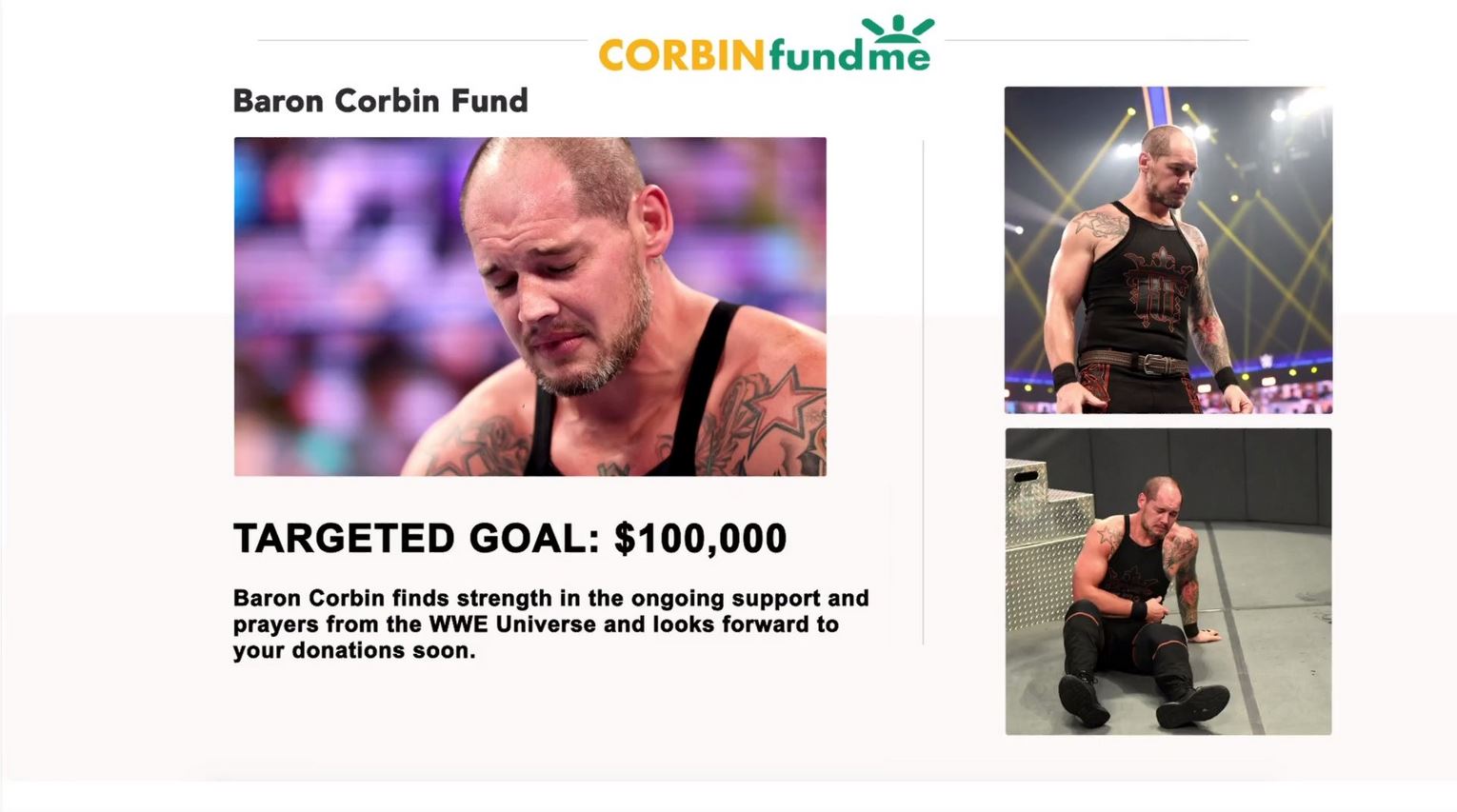 Vince McMahon, with a short and sweet welcome back line “Where the Hell have you been”. Of course, The Boss had to get the first intro and a huge pop.

I actually like that WWE didn’t pull out too many (really, no) big guns for this.

Sure, we’ve heard it’s “all hands on deck” as they return to the road. But the Superstars who didn’t get released and who worked their butts off the past 18 months deserved this moment.

Much more than any part-timer or special guest did.

Never mind the point that it would have been silly to bring in some of the rumored big names on Friday. Doing so would have totally telegraphed some matches…probably.

A few clips in there of John Cena and Daniel Bryan. I don’t believe that to be accidental.

However, what I expect is far more likely? Edge loses, Seth loses, and the two wind up feuding and we get a Seth/Edge match at SummerSlam, no belt involved.

Won’t hate the match…just hate that it’s likely being telegraphed.

The whole show, top to bottom, because even though ThunderDome was mostly live, this was just a different SmackDown

You could see the Superstars jacked up to be back in front of live fans in an arena. Everyone knew this SmackDown was special.

It made a difference.

You knew it was going to be a big welcome back, didn’t you?

Wow. It’s kind of true, you don’t know what you’ve got till it’s gone. How was this for a fun SmackDown In A Nutshell!?

And as soon as there couldn’t be fans in the arenas…or shows in arenas at all…we knew we missed the crowds.

Sure, WWE carried on. First with taped shows, but then recognizing how much they sucked…ThunderDome.

And it worked. For a long stretch, when so much news and life was bad…it was something to look forward to.

It was not what we wanted, but we were able to continue watching our favorite Superstars in some fashion.

Now…the WWE Universe has been reunited with the WWE Superstars, and it was just about perfect.

I like that we didn’t go heavy with the cheap pops. Being in Texas, I am sure WWE could have tried to bring in Austin or Taker or Booker.

I’m glad it went as it did. As much as those pops would have been epic…we didn’t need it tonight.

Just being there, just having a live crowd, was all that was needed.

Well, that’s a wrap on a SmackDown In A Nutshell 70 weeks in the making. Welcome back WWE Universe!