WrestleMania 37 has problems with less than a month away. And, Eric Bischoff on his mindset during the infamous Jeff Hardy incident.

WrestleMania 37 problems are arising and WWE seems lost. Also, Eric Bischoff goes into details about the night Jeff Hardy was under the influence in Impact Wrestling (then known as TNA).

In less than a month, WWE will produce WrestleMania 37 over the course of two nights. Last year, the show underwent frequent changes due to COVID.

A year later and COVID has grounded WWE. Now, @Wrestlevotes notes how the card is nowhere close to being finalized.

This is not like WWE. Typically, they have their marquee matches already booked and only have a few smaller names to book.

As noted earlier in the week, Vince McMahon wants the show to be bigger than ever as fans return. This will be the first WWE show to have actual fans outside of the Performance Center in over a year.

Currently, only two matches have been made official and both feature the winners from the Royal Rumble. Those are: WWE Universal Champion Roman Reigns vs. Edge and SmackDown Women’s Champion Sasha Banks vs. Bianca Belair.

WWE is running out of time to book the show. Some of the big changes could come as early as tomorrow’s SmackDown. 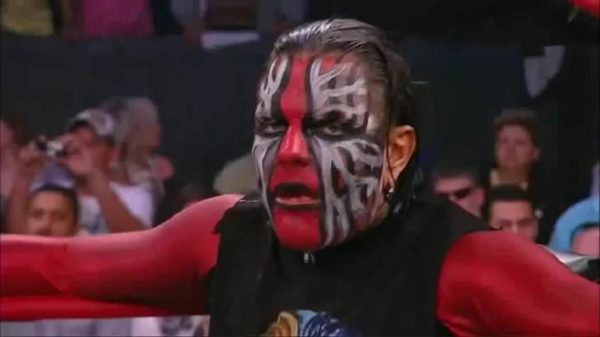 For everything Jeff Hardy has done in the wrestling business, he will never be able to escape Victory Road 2011. In the main event, Hardy showed up under the influence and the match changed on the fly.

Basically, Eric Bischoff came out and called an audible. Sting hit his finisher and the match was over in about 90 seconds.

Now, Bischoff is giving some backstory. He could not find Hardy during the show and once he did appear, Bischoff did not think he should work.

Sting vs Jeff Hardy – Victory Road 2011. Could this be the greatest match eva just afta Melina vs Alicia Fox? 😂 …. pic.twitter.com/vkrFfYOqfv

He claims there was nobody backstage with power to stop Hardy, so he went out on his own. At that point, Bischoff decided he was making the call to end the bout but he was not sure how.

Bischoff’s Side Of The Event

“There were two things that crossed my mind and they happened simultaneously,” said Bischoff on his 83 weeks podcast. “My first thought because it seemed like the most easiest, direct line between A and B, was for me and my heel character to go out and knock him out.”

“Just drop him and then have the referee call the match and disqualification. By the time I walked through the curtain, got half way down the aisle, I realized that wouldn’t work because the No DQ thing.”

“So I started improving a story and laying out a promo. What I was trying to do was buy time to figure out how to communicate to Jeff, the referee and Sting. Now I got to rewrite the show while I’m in the ring and the show is happening.”

“And, one of the people in the match is completely disabled and unable to continue. So, I did what I did.”

“I basically told Jeff, ‘Take his finish. We’re going to shorten this up. Take his f—ing finish.’ I went to Sting, now that’s where I had to get more creative.”

“Because I was trying to talk to Sting while at the same time I was trying to cut a promo and hide it all and make it look like it was a part of the show. I basically told Sting ‘Hit him with your finish, get him the f— out of here.”

“Let’s go home.’ Sting was able to communicate with the referee, so that was it.”

Nowadays, Hardy seems to be in a better place. There have been a few more run-ins with the law, but he seems willing to accept the help from WWE.

Bischoff also got another run in WWE as the Executive Director of SmackDown. He was gone within months.