Heading into WrestleMania 37 season, WWE turned a top superstar to face on last night’s RAW. Spoiler alert, WWE has changed course with Braun Strowman as his character is once again a face.

As the WWE Universe inches closer to WrestleMania 37, storylines continue to gain momentum. One big match for the flagship event is in the making, and that would be Braun Strowman versus Shane McMahon.

You know @shanemcmahon
I would make you eat your words for wasting my time … but I think I’d rather shove my first DOWN YOUR THROAT!!! NO ONE calls me stupid!!!!

With that said, a program of this nature needs a bonafide face and a heel. Most may have caught the slight change last night on RAW, as the Monster Among Men has made the transition to babyface in this feud.

Wrestling Observer Radio’s Dave Meltzer chimed in on the events that unraveled during Monday Night RAW. He noted that Braun was turned to face for his angle with Shane-O-Mac, as the boss’s son turned heel.

With the Big Show in AEW now, could Braun be the next big guy to flip flop between heel and face every so often? Only time will tell.

Speaking of WrestleMania 37, more information on tickets has recently been revealed.

As most fans know, this year’s WM is a two-night event. Taking place on April 10th and 11th, it’s being held at the Raymond James Stadium in Tampa, Florida. 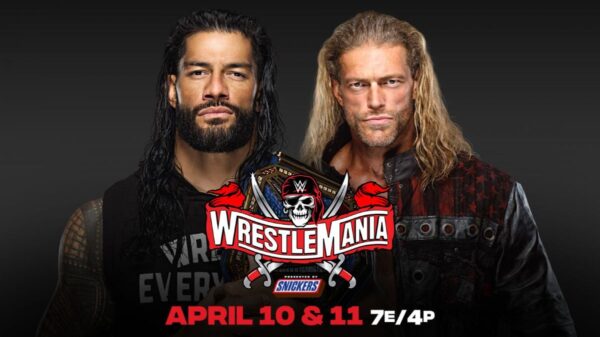 Tickets go on sale Tuesday, March 16th. WWE recently sent out a media release to promote the event by offering an insight into the price range of these tickets.

According to the release, WM 37 tickets will range as low as $35 to as high as $2,500. Seems as if the quality of seats in the Raymond James Stadium could vary significantly.

WM 37 tickets can be purchased via Ticketmaster.com. The WWE is also selling two-day combo packages. The presser noted that tickets are subject to facility fees and service charges.

Fans interested in attending this year’s WM 37, can register for presale opportunities by clicking here.

Originally, WrestleMania 37 was supposed to be held at the SoFi Stadium in Inglewood, California on March 28th of this year.

The WWE confirmed on January 16th that their flagship event would take place in Tampa at Raymond James, which was the original venue for WM 36.

It marks the first WWE live event with fans in attendance since the COVID-19 pandemic.

The WWE has not revealed just how many tickets are available for sale, for each night. The company has also noted there will be WM Week activities, with information coming soon.

Dave Meltzer from Wrestling Observer Radio did note recently that the sports entertainment promotion is planning on capping attendance to 30,000 fans for each night.