Will WWE Release Andrade? + Latest On 2021 Hall Of Fame Structure

According to reports, former U.S. Champion, Andrade has asked WWE for his release. Plus, an update on this year's Hall of Fame ceremony!

Former United States Champion Andrade has been missing from WWE television for about five months now. Reports have recently surfaced stating the superstar has asked for his release.

According to Fightful, Andrade asked the WWE to be released from his contract during the March 8th tapings of Monday Night RAW.

It also states that those behind the scenes at the company expected this from Andrade. However, his release is not set to happen right away.

As of now, Andrade is still part of WWE.

Andrade was last seen on WWE TV on the October 12th edition of RAW when Alexa Bliss and The Fiend attacked him and Zelina Vega.

A little after that October RAW segment, Vega was released from the company. Some have speculated that there could be a connection between Zelina’s release and Andrade’s lack of presence on WWE TV.

As per the report, Andrade’s push lost momentum when Paul Heyman was taken out of the Executive Director role on Monday Night RAW last fall. As such, Andrade wasn’t a part of the 2020 WWE Draft.

There has been added speculation that Vince McMahon changed his mind around the superstar’s potential.

WNZ will keep fans updated on this story, as things progress.

On to some WrestleMania 37 news! The big event is a mere four weeks away, and one of the best parts of WM week is the WWE Hall of Fame induction ceremony.

This year’s WWE Hall of Fame event will air live from the Thunderdome. Both the 2020 and 2021 classes will be inducted on Tuesday, April 6th, just days away from WrestleMania 37. 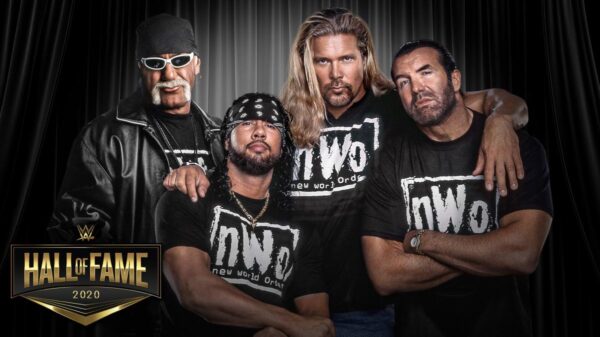 According to PW Insider, the plan is to air the ceremony on Peacock and the WWE Network, live.

There had been some back-and-forth on the induction being pre-taped. However, fans will attend virtually via the ThunderDome, and it will be live.

Inductees Will Be Present

Other news from the report includes the plans for inductees to be present. The WWE would like to have as many inductees in attendance as possible.

There are also plans to have other guests in attendance, as well as some superstars from the roster.

The COVID-19 pandemic and guidelines will likely still be an issue as the Hall of Fame approach. It’ll be interesting to see if there are any other changes to the ceremony and if the red-carpet pre-show will still take place.

As WM 37 approaches, there’s sure to be more updates come down the pipe. WNZ will continue to keep fans up-to-date on anything that is announced.

In the meantime, below is the list of legends set to be inducted into the 2020 and 2021 WWE Hall of Fame classes during the days before WM 37: