Trish Stratus wants to make magic; this time with Sasha Banks. And, wrestlers and others are furious at what Donald Trump allowed to happen.

Trish Stratus and Sasha Banks mingled during the Royal Rumble, with the Hall of Famer interested in a match. Also, wrestlers and other WWE talent are upset with Donald Trump supporting the recent violence against the U.S government.

Trish Stratus was building the women’s division 20 years ago. There were many others that paved the way, but Stratus and Lita were given most of the credit.

Then, WWE had their female superstars compete in insulting gimmick matches rather than traditional bouts. Everything changed a few years ago when someone apparently got the message.

Men and women deserve the same rights, privileges and opportunities. Besides in everyday life, that also includes TV and pro wrestling.

So far, all four women have exceeded in the business. It is almost impossible to say one has accomplished more than the other.

During the 2018 Women’s Royal Rumble Match, history was made. Women had their first Rumble Match and it featured a ton of old, familiar and soon to be superstars.

Banks entered at number two and lasted over an hour. Because of her success, she made it until the final entrant joined.

That was none of then WWE Hall of Famer Stratus. The two had a brief interaction and it got fans talkings.

I really wanted Sasha Banks vs Trish Stratus to happen cause that Royal Rumble moment was iconic and this match deserves to happen its definitely 5 star quality.. @WWE #Evolution #DreamMatch pic.twitter.com/xpWM0U1hCa 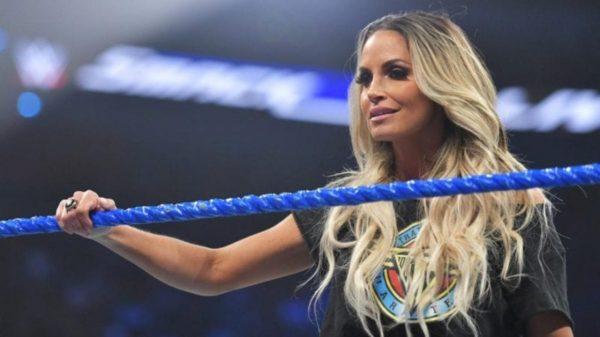 While speaking to Post Wrestling, Stratus was open to a possible match with Banks.

“I mean, I think Sasha Banks and I might have some unfinished business,” said Stratus. “And, I say this with much love and respect.”

“It’s undeniable [that] there’s definitely this intangible. This energy between us that — it’s a rare thing sometimes that two superstars get in there and you’re like, ‘Ooouuu, I like this,’ and you know, so I respect her so much as a worker, as a person, as a friend.” “So yeah, I think as a fan and personally, I think that would be an interesting thing to pursue, possibly at some point. Maybe possibly down the line at some point.”

After Stratus mocked Banks’ signature gesture, she was tossed over the top rope. Fans popped for both segments.

Stratus has stated she is retired, after losing to Charlotte at last year’s SummerSlam from Canada. Meanwhile, retirements never last and Stratus likely has several memorable matches left. 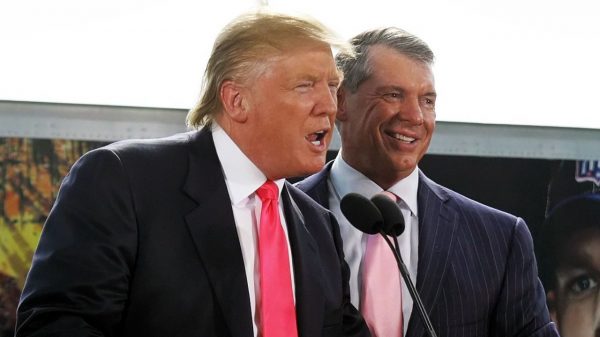 Protest in support of Donald Trump in Washington, DC escalated into riots. Trump supporters stormed the Capitol Building and destroyed parts of the building, while trashing offices.

Extra security was brought in while government officials took cover. All this occurred during the early stages of the Untied States confirming Joe Biden as the next president.

Many wrestlers, around the county and world, are disgusted at the hideous actions. Particularly, Mick Foley wants Donald Trump out of the WWE Hall of Fame.

Shock Over What Happened To Government Officials And Buildings

This is on you, Mr President. Every single injury today is on you. https://t.co/6wJKb0pUxa

Hey Vince – how about throwing this sorry son of a bitch out of our Hall of Fame?@VinceMcMahon

If they were black, they’d be dead.

Every piece of shit @GOP Republican that humored this lunatic’s lies & crimes & every gullible idiot that voted for him is responsible for everybody that gets killed today in DC and the “shithole country” that he’s turned us into. Fuck you all. We’re the shame of the world.

This is fucking insane. These are not protestors. Quit calling this a protest! #TrumpCoup pic.twitter.com/Ub3sjcGWGV

At what point will News agencies stop calling these terrorists “Protestors” they are attempting a coup.

If you support this madness, block me now. And I just hope we never come face to face.

He fucking did it. Who ever is. He got a solo shot. Not another man or woman on sight. https://t.co/Z3PM7eUs44