It's time for SmackDown In A Nutshell, and this week we've got the blue brand booking in the Fastlane on the road to WrestleMania!

It’s Friday Night, which gives us SmackDown In A Nutshell. Tonight, the  Blue Brand is booking in the Fastlane.

Yes, as in THAT Fastlane. The last WWE PPV between now and WrestleMania.

The Elimination Chamber made things interesting. For starters, we now know that Edge is gunning for Roman Reigns and the Universal Championship.

We are hearing that we should get Bianca Belair’s decision as soon as this show, so that will be huge.

After all, it’s our weekly SmackDown In A Nutshell. It takes a lot to keep the blue brand booking in the Fastlane!

But after an eventful Elimination Chamber, it has to be all eyes on Fastlane.

As much as Superstars might want to start their WrestleMania dreaming, Fastlane stands in their way.

What comes next for Roman Reigns and Edge? Will Daniel Bryan go away quietly?

It’s time for SmackDown In A Nutshell: Blue Brand Booking In The Fastlane 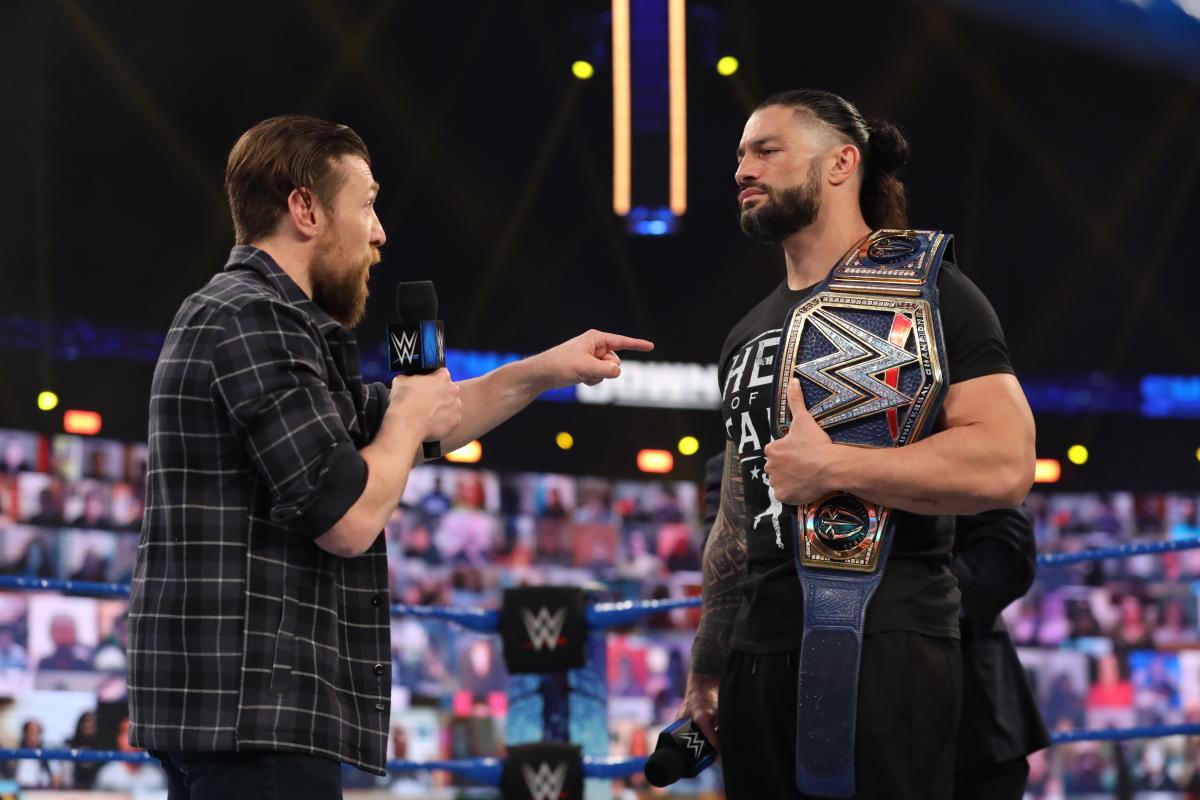 Honestly…I am not sure I have one. The main event was good enough, sure…but I felt like the ending was a bit lacking. 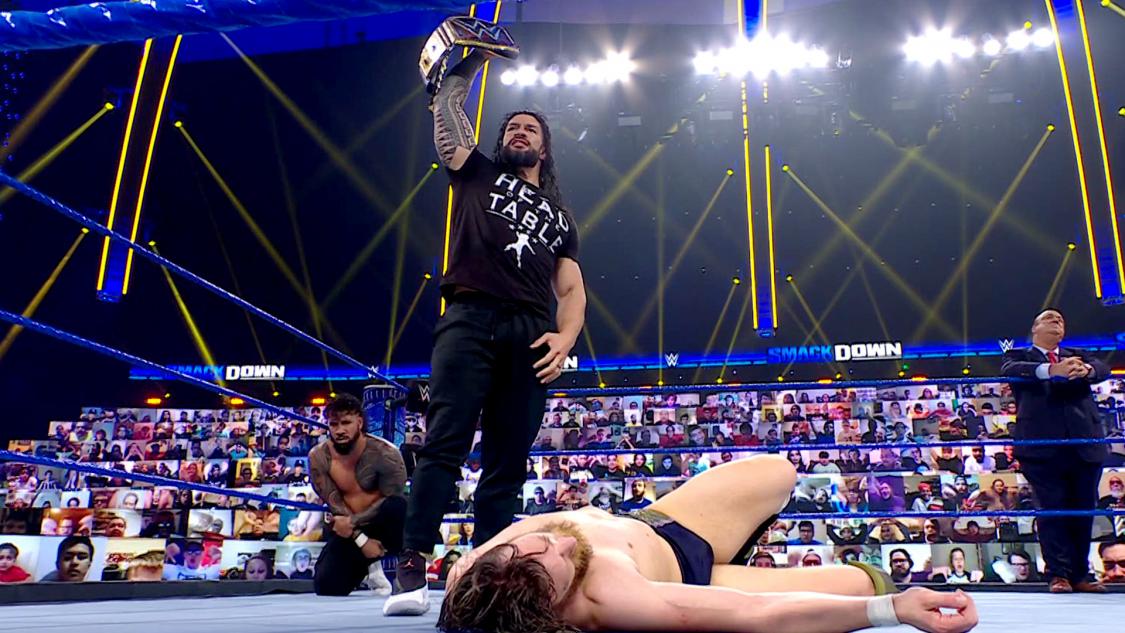 If I have said it once, I’ve probably said it 100 times. I just can’t get into a match with Tamina, and tonight was no different. 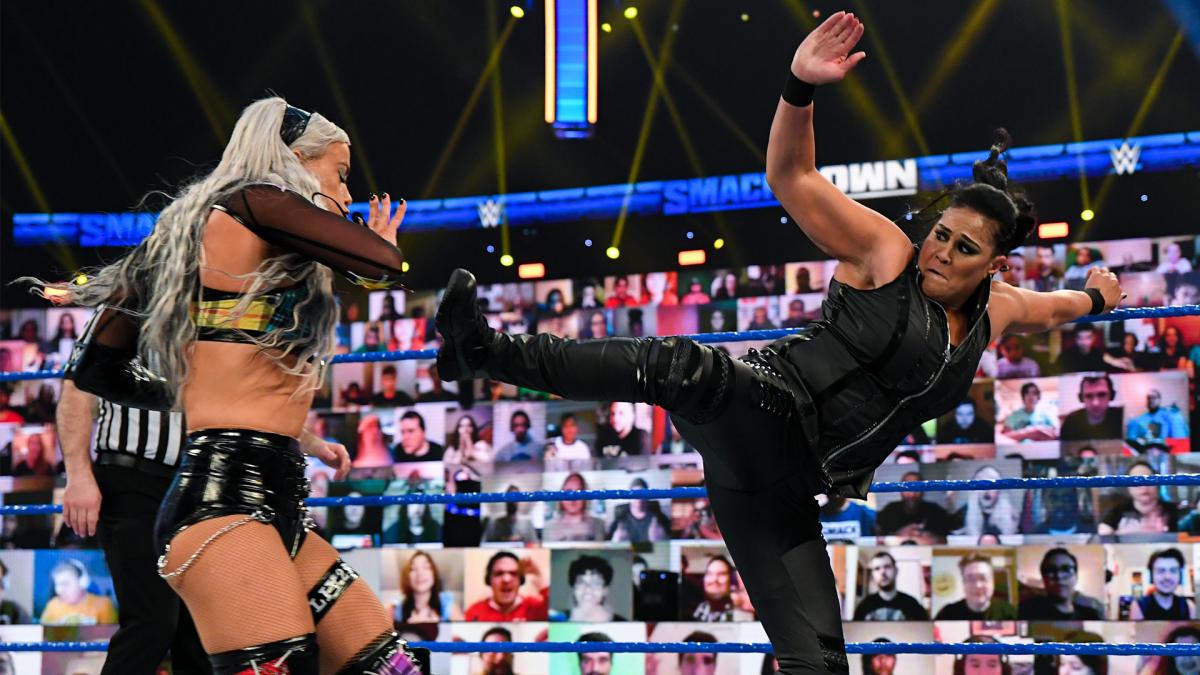 No comment here other than wow, WWE is really pumping it in more and more.

I will say, I am excited for April and Raymond James Stadium, especially if they get the numbers they want.

This one has me go a different direction. Sure, Reigns has been great and continues that trend.

However, give me Cesaro and Seth Rollins this time around. 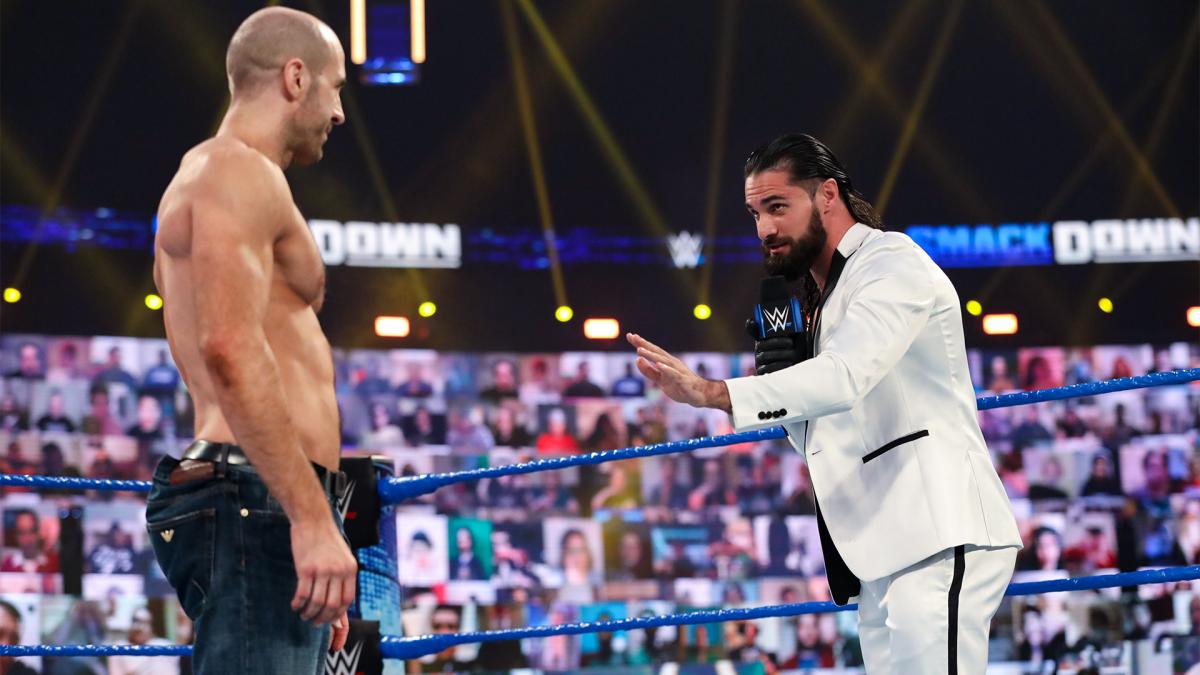 Honestly, as I sit here thinking about it…there isn’t one spot that really stands out.

I mean, sure, father and son 619 was pretty neat to see…but that’s about it.

Strong affirmation of a heel turn for Apollo Crews.

Was a bit surprised with exactly where they went with it…but I am very curious how good a heel run Crews could have. 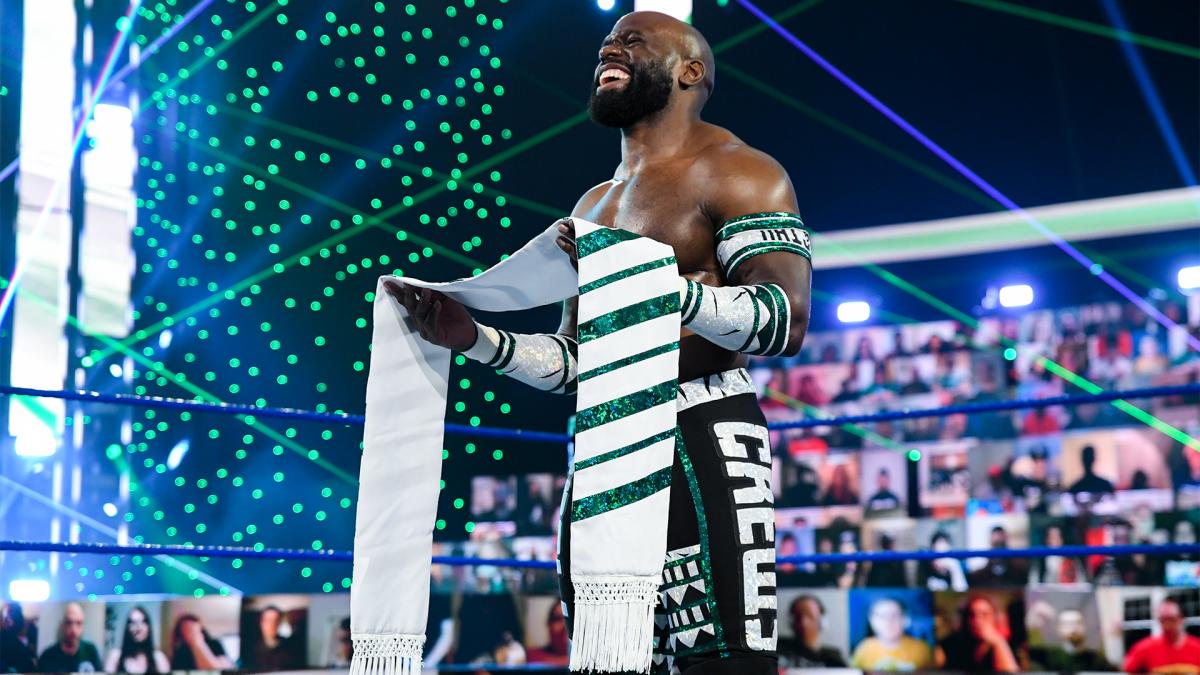 Well, Bianca Belair made her choice. Sasha Banks and Belair give us an intriguing match for April, that’s for sure. 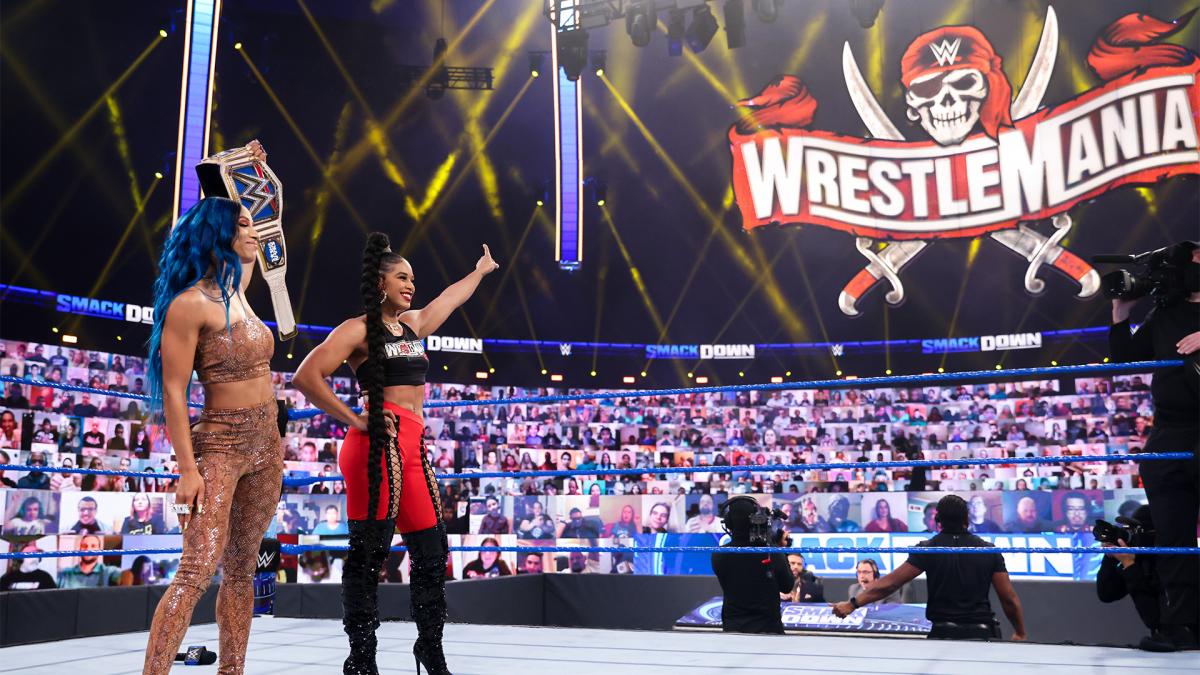 The downside? There are plenty who expect the RAW top women’s draw to be Charlotte versus Asuka.

Not that its a bad match…but it’s been done before and doesn’t excite me for a WrestleMania top match.

Well, like I said, there will be plenty who would have rather seen Bianca Belair choose Asuka…but it wasn’t meant to be.

Since we saw Edge earlier in the night (and presuming that wasn’t taped and just looked live), it was mildly disappointing that he didn’t come out and help Daniel Bryan. 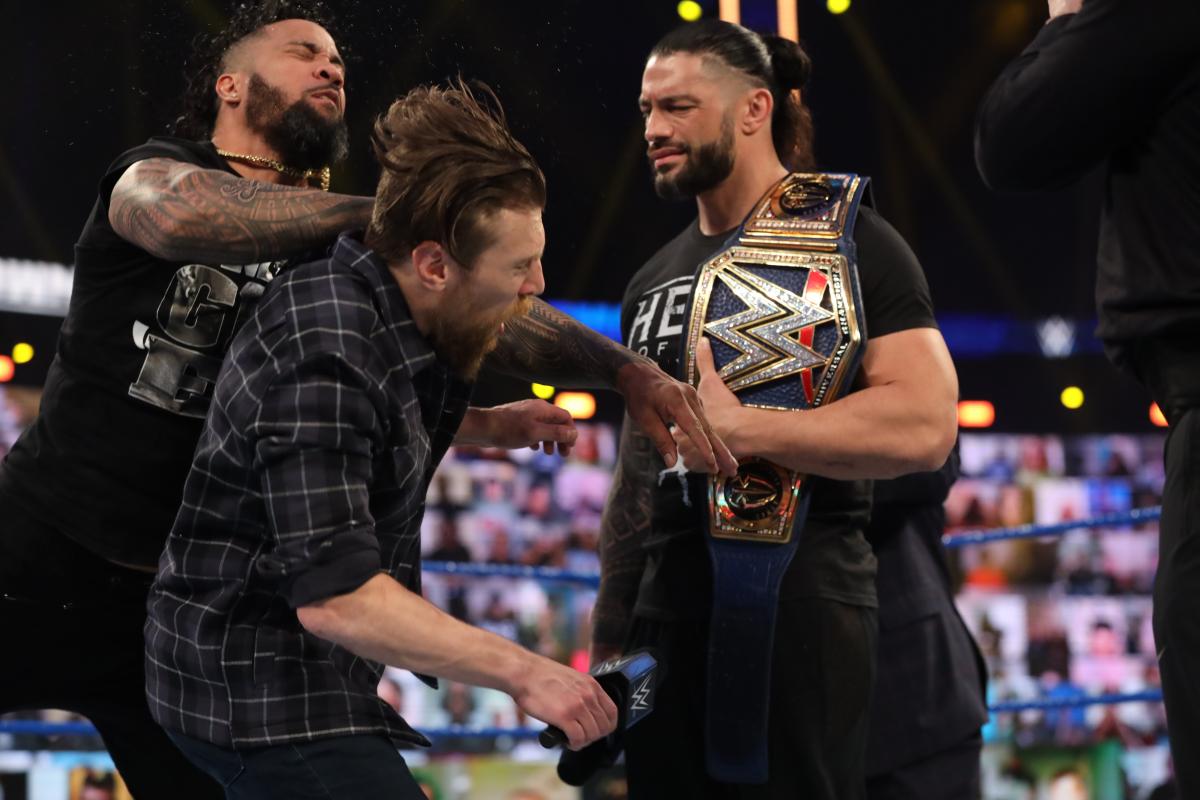 I mean, after all…there was the talk of a Fastlane match where the two would be tag partners. Unless Edge was mad that Daniel was trying to ruin his ‘Mania plans?

The Reigns show continues to dominate the airwaves, and for good reason. Tonight I think was a mild hiccup, in that it was not the best showing.

However, it was still a good night, all things considered. Getting Daniel Bryan into the mix gives Kevin Owens a break too.

Loving what we could get out of Cesaro and Rollins. Both Superstars need a bit of a boost, so it will be very interesting watching that feud develop.

I think Bianca Belair is going to be an excellent champion. I honestly think I figured that match was the obvious choice…so I guess I am OK with it. 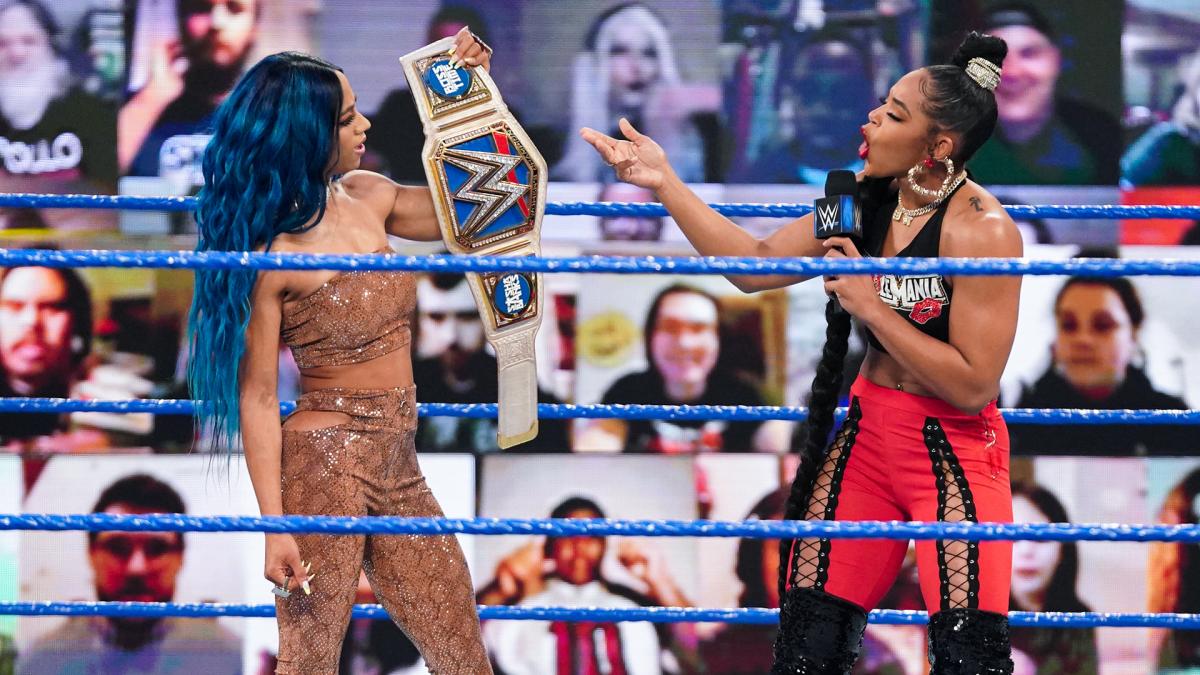 There was a lot of talk about Fastlane…but by the end of the show, there wasn’t actually much lined up for it, was there?

We heard there’d be Reigns and Uso against Bryan and Edge…but then got Bryan fighting for a chance at the Universal Championship at that same event.

Turns out Daniel Bryan didn’t win…but it’s unclear if that dream tag match is then back on.

Was it a great show? No…but it was solid enough.

Not a bad Friday, and not a bad SmackDown In A Nutshell. The blue brand is indeed booking toward Fastlane, one way or another.