An image of "The 8 White Identities" was reportedly sent to white parents by the principal of a NY public school urging them to become "white traitors."

“There is a regime of whiteness, and there are action-oriented white identities,” the graphic reads. “People who identify with whiteness are one of these. It’s about time we build an ethnography of whiteness, since white people have been the ones writing about and governing others.”

This is the new language of public education. pic.twitter.com/0XA3xUpcuT

Look at this dangerous, racist drivel by Barnor Hesse. Racism is a real problem. But this is not helping the cause of reducing its unacceptable impact on our society. https://t.co/z02cRtLETb

Because @barnor_hesse is being harassed for this, it's important for us to stand up and defend him.

This is excellent work and he should be commended for it. This model should be taught nationwide. pic.twitter.com/f9d7xpkwDJ 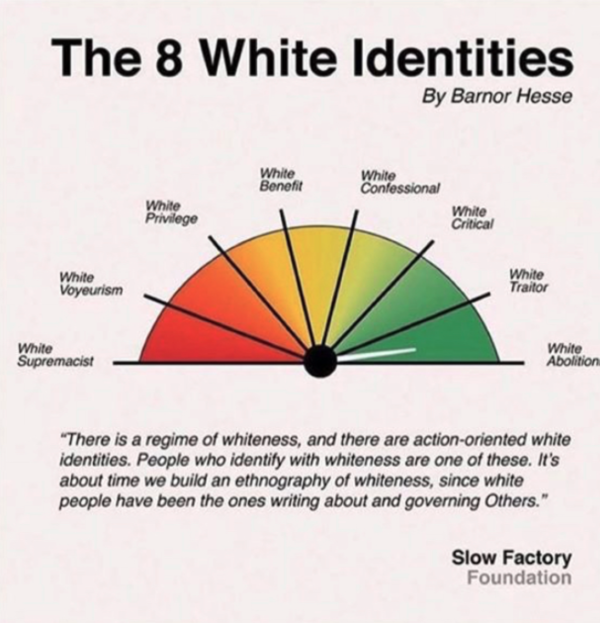 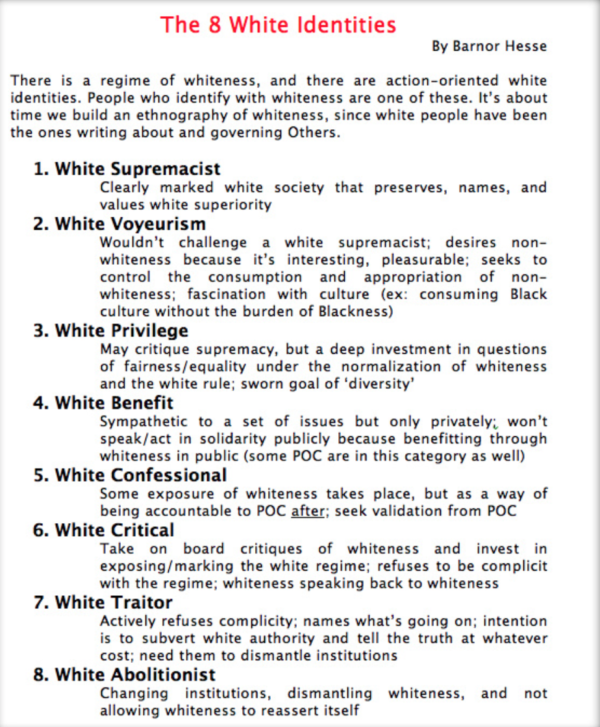