Zelina Vega could sign with AEW as Tony Kahn wants to talk to the former WWE superstar. And, John Morrison injured his knee during RAW.

If Zelina Vega is ready, AEW wants to talk about bringing her in. Also, John Morrison suffered an injury during RAW.

When WWE tells their employees they need to follow the rules, he or she should listen. For Zelina Vega (real name Thea Megan Trinidad Budgen), she learned the hard way.

On November 13 of last year, WWE released Vega in a surprising move. The decision was because of Vega’s refusal to leave third party platforms and she dropped the word union.

Like most releases, she was handed a 90 day non-compete clause. When you do the math, she should be free to work for any promotion by now.

While speaking to the Wrestling Observer Radio, Tony Khan was asked about hiring Vega. He is open to having a conversation that might bring Vega to AEW.

A big takeaway from the interview was how AEW does not contact talent while under the 90 day non-compete clause.

“She was in a non-compete last time I checked,” said Khan. “I’ve been waiting for that.”

“I don’t talk to people when they have the non-compete. If hers expired, it must have just expired.”

“I’ve been waiting on her non-compete to expire. I’d have to check the math to see if she expired. When we get through this tournament and through this pay-per-view, I’d be interested to see where she’s at.”

Khan is referencing the upcoming finals of their female tournament. It features brackets from wrestlers in America and Japan.

The women’s division in AEW is seemingly their weakest point. So, bringing in Vega might garner more attention.

While AEW does not want to be known for brining in WWE talent, Vega might be a bit different. She spent several years in NXT and the main roster, but her full potential was never used.

If Vega does sign with AEW, she could follow a similar pattern like in her WWE run. She was a successful manager, who on occasion got to showcase skills inside the ring. 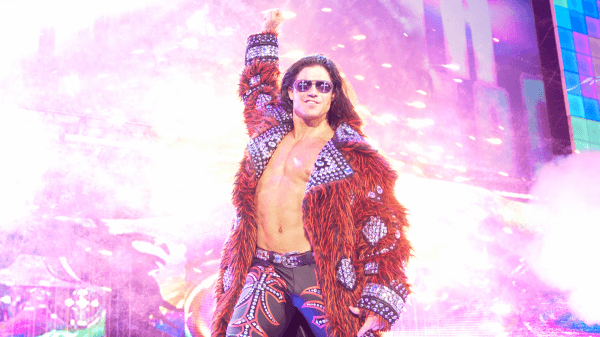 On RAW, John Morrison apparently suffered an injury. The injury appears to be related to his knee.

During The Miz’s segment with Bobby Lashley and Braun Strowman, Morrison was clearly limping. He still hit his lines, but was clearly in pain.

In the Wrestling Observer Newsletter, they noted how he was not selling. The timing is also not great.

At the conclusion of the Elimination Chamber, The Miz successfully cashed-in his Money in the Bank (MITB) briefcase. Therefore, he is a two time WWE Champion with both reigns coming thanks to MITB.

Now I’m even more mad they gave Riddle the US title. Should’ve gave John Morrison the US title since the Miz won the WWE title smh pic.twitter.com/GPqYFaQVDm

The belief is The Miz will have a short title run that ends before WrestleMania 37. If Morrison has to miss time, that only strengthens the argument for a title change.