AEW Dynamite Wedding Ceremony With Sabian And Ford Was Real

The wedding ceremony on AEW Dynamite with Kip Sabian and Penelope Ford was real. Here are the details of the loved-up event.

The wedding ceremony on AEW Dynamite we saw this week was real. 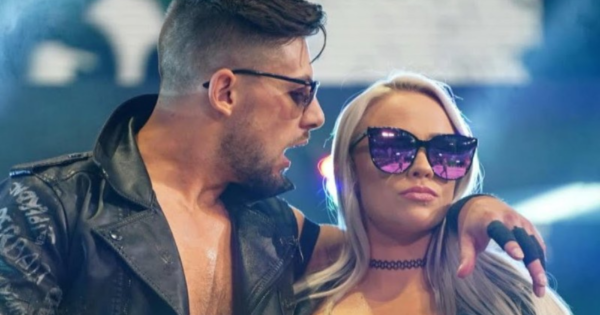 Kip Sabian and Penelope Ford having been dating for some time. They announced their engagement in April 2020.

According to the latest backstage rumors, the wedding ceremony we saw on TV this week was actually real. After all, it is believed Ford and Sabian wanted to make their wedding memorable.

Sabian and Ford admitted they were actually married during an interview with TV Insider. Sabian mentioned:

“We’re getting legitimately married. I obviously wanted my parents to be there, but they understand the situation. They’ll be able to watch from home.”

Evidently, Sabian was referring to the wedding ceremony aired on Dynamite this week. Ford also mentioned:

“My parents are having a watch party with my siblings.”

Sabian also mentioned that they are planning to have a more personal wedding after the pandemic is over.

“We could get married in our house and be just as happy. We’re people who just want to be married. Down the line, once COVID is hopefully eradicated and things are OK, we’ll have a celebration, party, housewarming combined where all our families can be there.”

How Much Input Did Sabian And Ford Have? 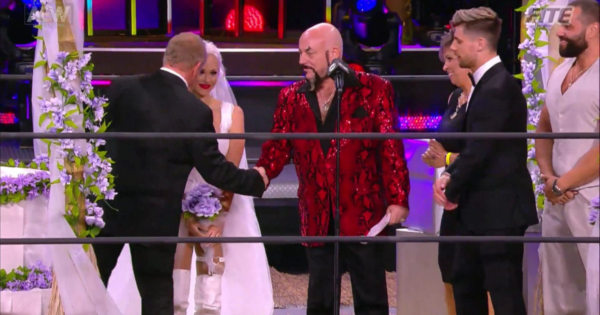 Since Kip and Penelope wanted their actual ceremony on AEW Dynamite, you would expect they’d be offering their ideas. Luckily, this was the case according to the happy couple.

Kip and Penelope made it clear to AEW officials they wanted to put a lot of time and effort in the ceremony. According to the pair, they wanted it to be more than just a storyline arc.

Fortunately, AEW gave Kip and Penelope plenty of freedom. In fact, the happy couple had a lot of input in the ceremony.

While they had not seen the set for the ceremony, they wanted to make sure everyone was wearing a suit.

“We wanted to make it a big deal, not just a story arc. We had a lot of input. At the same time it’s down to the production team, the ring crew to build the wedding set for us, which we haven’t seen yet. I’ve already messaged my closest friends in the company making sure they bring their suits. I want the people in AEW we’re closest to to be there as well. Miro has a tux ready to go. I told Sammy [Guevara] to wear a suit. If he doesn’t wear a suit, I’m going to be very upset.”

Unfortunately, Kip and Penelope might have to wait a little longer for their personal ceremony. After all, coronavirus is still impacting our freedoms in a major way.

Nevertheless, the ceremony on AEW Dynamite brought some joy to wrestling fans. And we are sure Kip and Penelope will not forget it anytime soon either.