Hideo Itami has made his AEW debut during Beach Break last night. Coming back as KENTA, Hideo will make the coming weeks interesting.

KENTA, formerly known as Hideo Itami in the WWE, made his AEW debut at Beach Break. With his arrival, a cooperation between AEW and New Japan Pro Wrestling becomes more obvious. 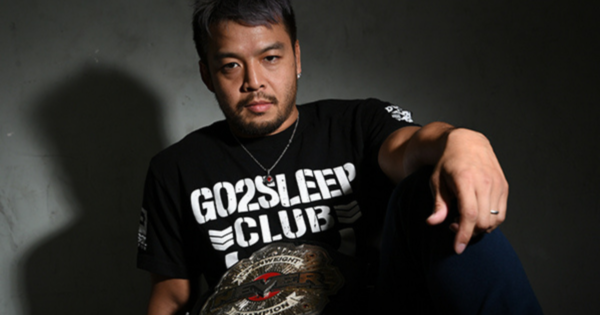 The AEW debut of AEW debut of Hideo Itami, now KENTA, came at the end of Beach Break. While it looked like Jon Moxley was finally getting his revenge on Kenny Omega, Hideo Itami threw a spanner in the works.

KENTA ended up attacking Jon Moxley, hinting at a future feud. The interesting thing however, is that KENTA is currently signed with New Japan.

Just like Impact Wrestling, it seems like New Japan and AEW also have a good working relationship. It also brings back a much-loved Japanese wrestler who was ruined by the WWE.

The storyline between Mox and KENTA is likely to play out on both AEW and New Japan. And with a mixed American and Japanese women’s tournament coming up, things are getting a little spicy at AEW.

Of course, Moxley could just be the beginning for KENTA. There are plenty of feuds to be had, including Kenny Omega if he were to turn on his current ally.

I can’t wait to see what he has in store for us.

KENTA Speaks Out About WWE Disappointment 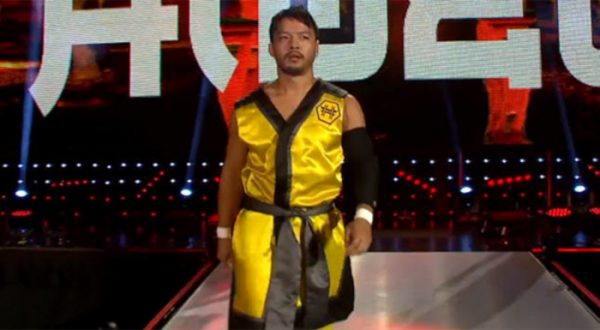 It is no secret that Itami has been treated poorly by the WWE. Recently, the former WWE wrestler spoke out about the five years he spent at sports entertainment capital.

“I’ve felt in my heart that the five years I spent in WWE were the most frustrating days of my life. I’ve talked about this, but I’ll always remember the humiliation in America. Being here reminds me of that regret. And when you’re not good, you tell yourself that. That is what inspires me.”

Despite having a tough time in the WWE, Hideo Itami’s signing to the WWE was big news then. In fact, it was believed the wrestler would become a dominant champion.

Unfortunately, things went wrong for Itami. The first obstacle came when he got injured and was on the injured bench for several months.

Upon his return, it is clear that the WWE had little interest in momentum for the Japanese wrestler. In fact, he seemed to be getting less and less attention as time went past.

Eventually, Itami ended up on the WWE’s doomed brand 205 Live. While the cruiserweights put on a great show, the WWE had little interest in pushing it.

Itami would leave the WWE with his prophecy unfulfilled. But, we are happy he eventually left. After all, his talent would completely go to waste if he stayed in the WWE much longer.

Now, KETNA can show why he is a member of the Bullet Club with a potential match against Jon Moxley. And the final advantage – redemption in the United States.