FTR has been suspended by AEW. Now they will be replaced by The Dark Order for the upcoming Beach Break event.

AEW made the announcement that FTR has been suspended and will therefore not appear during Beach Break. Instead, FTR should be replaced by none other than a tag team from The Dark Order.

But we think something interesting is going on behind the scenes!

Punished For Actions Against Jurassic Express 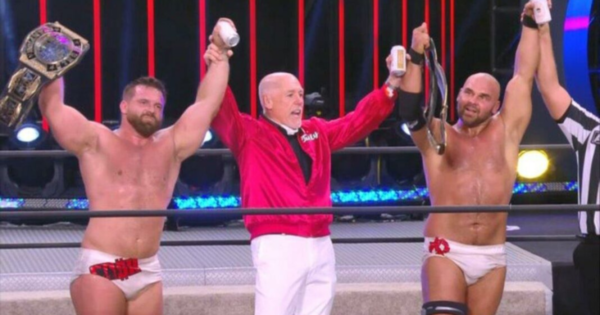 FTR were scheduled to appear during the Tag Team Championship Battle Royal. Unfortunately, AEW has now revealed it suspended FTR due to their actions against Jurassic Express.

Naturally, the punishment is very much kayfabe. However, it does leave us wondering what will happen to FTR during Beach Break.

Upon review of their conduct after the Jungle Boy v. Dax Harwood match, FTR are suspended from competition for 1 week, thus out of the #BeachBreak Tag Team Battle Royale. FTR are replaced by John Silver & Alex Reynolds on #AEWDynamite on @TNTDrama TOMORROW night at 8pm ET/7pm CT! pic.twitter.com/FILpCGmaXl

While AEW did reveal FTR will be replaced by The Dark Order, we somehow doubt FTR will not be there completely. So, will the team come out to exact some revenge on Jurassic Express tonight?

Since the death of Brodie Lee, The Dark Order have turned face instead of heel. So, we cannot rule out that FTR could take out their frustrations on their replacements.

As mentioned in the social media announcement, FTR will be replaced by two Dark Order favorites. Indeed, John Silver and Alex Reynolds will replace Dax Harwood and Cash Wheeler.

But could The Dark Order become the new contenders for the tag team championship? Or are there other plans in the works? 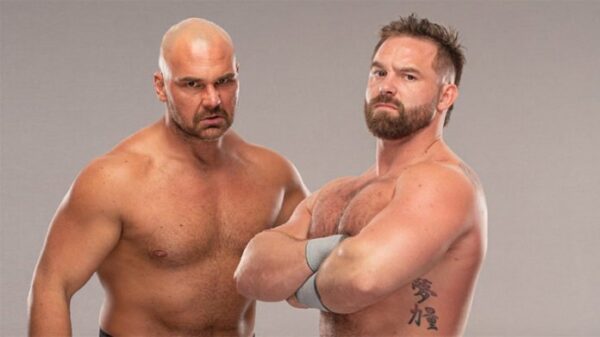 With FTR on the sidelines and The Dark Order replacing them, it reveals a completely new dynamic where story is concerned. Given their suspension, FTR could interfere in a major way still.

Interference from FTR could determine the number one contenders. Evidently, the most obvious guess is that they could cause Jurassic Express the win.

Of course, The Young Bucks could be naming their first contenders as well. If they end up winning the Battle Royal, they get the choice of opponent.

Now, does FTR want The Bucks to choose their own opponents? Or do they want Jurassic Park out of the running completely?

There is also a minor chance that FTR stays out of Beach Break completely. In fact, they could be waiting for the opportune time to pounce.

Harwood and Wheeler might not return until the actual championship match takes place and then interfere. Either way, we are sure that FTR nor Tully Blanchard will take the suspension laying down.

While the suspension storyline is more than a classic, the timing of this one is extremely interesting. After all, it is taking place during an event, for which AEW needs its bigger names.

Because of the timing, I am sure a bigger picture is playing out backstage. And while we do not know that bigger picture just yet, AEW never does anything without a plan behind it.

While it is true that AEW does not hire writers like the WWE does, the wrestlers certainly have a lot of creativity to go around. Now that they made the switch to AEW, The Revival (FTR) has a lot more of that creativity to bring forward.

Beach Break is going to be really interesting to say the least.