WWE superstar and Mayor of Knox County, Kane, is part of the controversial platform Parler. Now, he has the audacity to call on fans to join.

The past week saw heinous actions committed involving President Donald Trump and those who follow his false claims. As a result, Parler is being removed from the various places, but WWE superstar Kane is calling on fans to join.

There are plenty of social media platforms out there and some do good. Then, there is Parler.

The app is supposed to be used for people to speak freely. But, those people have turned free speech into dangerous rhetoric.

Parler really starting gaining attention because of Donald Trump supporters. Therefore, they were known to use the app to push conspiracy theories about the election and promote violence. 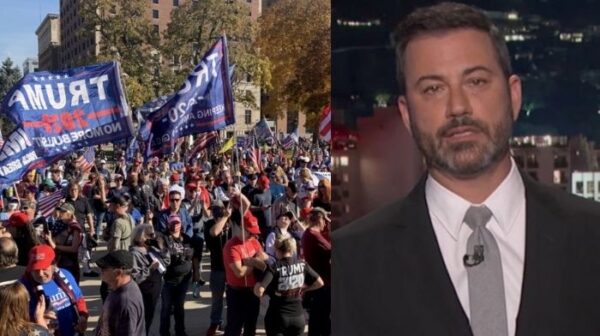 Following the disgusting and uncalled for actions in the nation’s capital, Parler was warned to clean up their act. They did not follow through and have been removed from Amazon, Apple and Google.

Apparently, WWE superstar Kane is part of Parler. Now, he is calling for wrestling fans to join and follow him.

Yes, I understand that @Twitter and @Facebook are not government entities so they can set their own rules and are not subject to constitutional prohibitions. So, sure, they can ban whomever they want… https://t.co/VghV8N6a5B

Exactly. My username on Parler is GlennJacobs. Follow me there. https://t.co/u4EpnJ3kbN

LOL, eight hours later, Parler is done with and @WWE‘s Kane outed himself as a Trumpist for nothing. https://t.co/vW3DPdOClP

@GlennJacobsTN say it ain’t so Kane? You’re part of the insurrection? “Et Tu Brute?” Extremely disappointing and if you were caught being part of this coup, resign immediately with dignity #Kane #WWE #CaughtRedHanded pic.twitter.com/7vFfSbRzuj

@WWE #LindaMcMahon is part of #AmericaFirst and the WWE has some explaining to do. And that’s not counting #Kane being part of #Parler WWE needs to clean house or face #Boycott https://t.co/n7MiyszM1Q

Some of that good ol free speech you can on Parler there Kane https://t.co/d8yxEOSFZd pic.twitter.com/Kr3ejkag6E

Kane As Mayor and Part-Time Wrestler

The attack on the United States’ democracy has caused people to reevaluate what has happened the last few years. Many companies and people want nothing to do with Trump or what he believes in.

Kane is a proud Republican, who is also the Mayor of Knox County, Tennessee. He won that seat in 2018 by a large margin.

Over the past two years, Kane has barely wrestled for WWE because of political responsibilities. He was last seen at Survivor Series as one of the many names to honor the Undertaker in his farewell speech.

In summary, WWE might decide that it is time for Kane to stop appearing on their programs. At the same time, Vince McMahon and Trump are friends.

But, even though Linda McMahon served in the cabinet, they need to distance themselves.