Trish Stratus has plenty to give back to WWE, so they offered her a NXT coaching job. And, MJF strikes again as he attacked Snooki online.

Trish Stratus has done so much in WWE and now they are offering her a coaching job in NXT. Also, MJF knows how to anger people and did so again with a lewd remark about Jersey Shore star Snooki.

Back in the summer of 2015, the women’s division changed forever. On that night, Sasha Banks, Charlotte Flair and Becky Lynch debuted on RAW on what was called the Women’s Revolution.

The moment was done to finally showcase women wrestlers as equals to the males. The term diva was being phased out and everyone would be known as a superstar.

Before that, there were several women who helped elevate women’s wrestling. In particular, fans typically point to Trish Stratus and Lita during the Attitude Era and beyond.

At this point, Stratus and Lita are done wrestling full-time, but they still make occasional appearances.

While speaking to Women’s Wrestling Talk podcast, Stratus noted how she is still in contact with WWE. While traveling regularly is out of the equation because of her children, Stratus has spoken about helping NXT.

Stratus On Problems Working With WWE 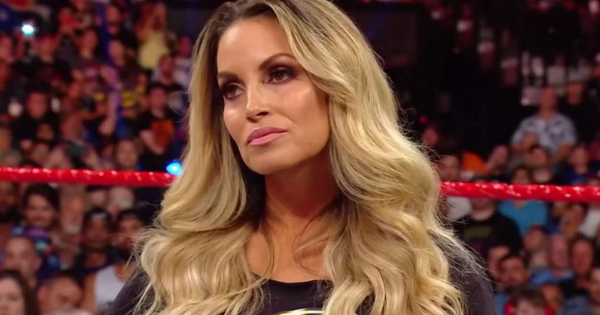 “I would love to and I love the idea of it,” said Stratus. “The reality is it comes with the road, right?”

“And I just can’t do the road because of my family, at this point anyway. They’re young now. I have a three-year old and Max just turned seven.”

“So at this point, I just couldn’t go back on the road like that and leave my family like that. But yeah, I’d love to contribute in some way.”

Stratus already has a great relationship with the head trainer of NXT, Matt Bloom. When she debuted with WWE, she was quickly partnered with Bloom (know as Prince Albert) and the late Test.

“We would be awesome, but, yeah I would like to contribute in some way and I’ve talked to Matt Bloom, my former partner about possibly going to NXT. We’ve talked about it on a number of occasions.”

“It’s just like never the right time has come about to do that, but I’d love to work with young minds.”

She also mentioned being part of Tough Enough several years back as a judge. That time allowed her to give back to the business.

“And, that was the best part about Tough Enough. Just to work with these kids and that sort of thing so, yeah, for sure.”

As for an in-ring return, Stratus said she was officially done. Her final match was a loss to Charlotte at SummerSlam 2019 in Toronto, Ontario, Canada.

Stratus will always be part of the WWE family in some form. Right now, she has to give most of attention to her children. 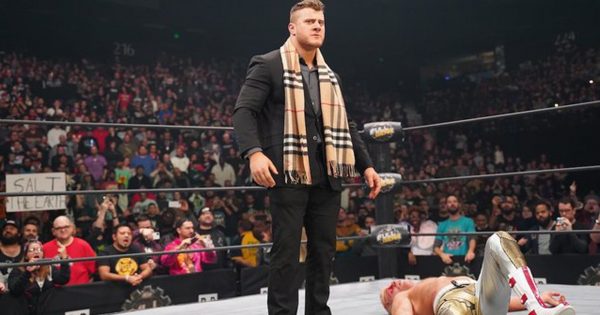 Jersey Shore star Snooki sent out a tweet that teased a possible return inside the ring. In all likelihood, she is not wrestling again as she is focused on her family and growing business.

Still, that did not stop AEW’s MJF from tossing in a lewd response to her Twitter video.

LOL 😩 now that I’ve gained muscle, i wanna see my ass back in the ring 👀👀 https://t.co/qcErs7m7jc

We can wrestle around sometime if you want to sweetheart.

I can give you some tip.

Snooki made a few appearances for WWE like eight years ago. It led to a six person match at WrestleMania, where her team left victories.

Since then, Snooki filmed a spinoff of the Jersey Shore before quitting last year. Currently, she runs a store and is a mom to three children.

Never say never in wrestling, but Snooki inside a ring seems like a long shot. And, that is probably for the best.