The latest series of "The Bachelor" opened up with Matt James praying with and for all of the women vying for his heart.

In the premier show of the 25th season of  “The Bachelor,” the current bachelor Matt James began his opening speech with a prayer.

Viewers of the longstanding reality show aren’t accustomed to having Christianity be a focal point of an episode. However, 5 million viewers tuned in to get a first impression of the first Black bachelor in the show’s history.

And, James wanted his Christian faith to guide him along this personal and public process of selecting a significant other.

The Bachelor Included Romans 8:28 In His Prayer

“I had so long to think about what I’m going to say to you all, and I’m going to take a different approach,” James told the eligible women when he first addressed them. “So if everybody can just bow their head really quick, I’m going to pray for everyone.”

James prayed in the video below:

“Dear Heavenly Father, thank you for bringing us all together healthy. Give these women the courage to get through these next few months. You say that you work all things for the good of those who love you and are called according to your purpose, Father God. And I feel like that’s why I’m here and I feel like that’s why these women are here, Lord.”

I have SO MUCH respect for Matt James opening in a prayer. That’s amazing. #TheBachelor

Future bachelors might want to take note and rip a page out of James’ prayer book.

The prayer was very well received. The women gave a hearty “AMEN!” and two women immediately spoke about how touching it was that James kicked things off by focusing on God. James also was applauded by many women on Twitter.

Me at the beginning of #TheBachelor: idk if I find Matt attractive
Me after Matt opened the season with a prayer: this man is hot 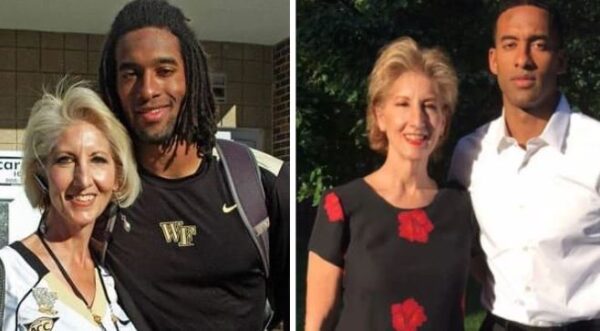 James’s mother raised him to be strong in his faith. It is a core part of who he is and he wanted to share that with the women who are seeking to win his heart. The Bachelor didn’t want to mislead anyone.

While James believes he can be compatible with someone who doesn’t have the strong faith he does, he wanted to be honest with everyone. If one of the women doesn’t want a religious man, they will not be a match.

“We’re both trying to figure each other out, James said in an interview. “If that’s a dealbreaker for them, then I’d rather them know t hat about me so that I’m not wasting their time.”