The icon Sting will have his first match in six years at AEW. The announcement was made by officials in the runup to AEW Revolution.

The icon Sting is set to have his first match in six years during AEW Revolution. AEW officials made the announcement in the run-up to the pay-per-view. 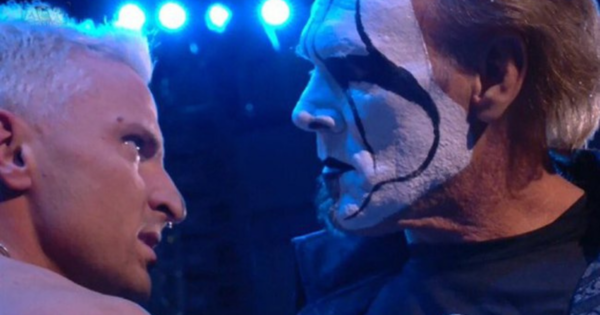 While Sting is having his first match in six years at AEW Revolution, he will not be on his own. In fact, the popular wrestler will have a tag team match alongside Darby Allin.

Team Taz had its sights set on Darby Allin since he refused to join their team. Now, Taz is angling for revenge by continuously targeting the young TNT Champion.

Here we go! It's 'The Machine' Brian Cage (@MrGMSI_BCage) & Ricky Starks (@starkmanjones) of #TeamTaz vs. @Sting & the TNT Champion @DarbyAllin in a STREET FIGHT! pic.twitter.com/NdyDEqFfis

Fortunately for Darby, he found an unexpected ally in the returning Sting, who will be fighting on his side at AEW Revolution.

When Sting made his debut, there was seemingly some tension between the two men. Now, they formed an alliance to take on Team Taz and send them packing for good!

There is certainly something fun about seeing Sting and Darby in the ring together. After all, there are some similarities nobody can deny.

It remains to be seen if this alliance will remain. After all, we still do not know the true reason behind the return of Sting.

Does This Change How Sting Is Used? 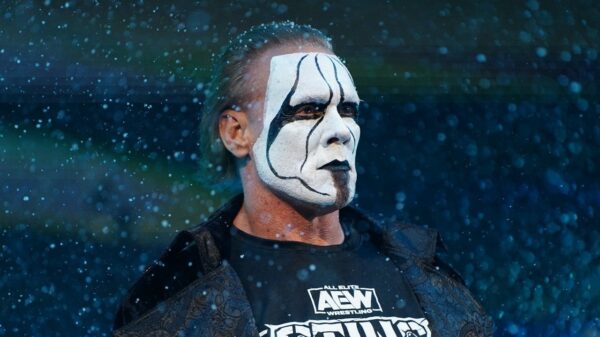 A few days ago, I praised AEW for using Sting in the right way. This stands in contrast with how the WWE has used Goldberg recently.

Not taking away anything from either veteran, it is easy for legendary wrestlers to overshadow younger talent. I believe this has happened in the WWE with Goldberg.

Sting on the other hand, has returned to AEW and actually elevated some of the younger talent. The decision to put Sting into a match has not changed that in my opinion.

Opposed to Goldberg, Sting is not heading into a singles match. Instead of that, he is fighting alongside Darby Allin, a younger talent that is being elevated just by his presence.

Of course, I would not be too quick to assume Sting’s true motives. Once again, we don’t know the storyline behind Sting’s return just yet.

In the beginning, it seemed that Sting returned to face his lookalike Darby Allin. But now that they are allies, we are left wondering if Sting has any ulterior motives.

AEW is making the right decision, although that does not stop some fans from making some negative comments. As usual, some believe that Sting is too old to be in the wrestling ring.

To those fans, I really only have one argument. I doubt that there are many of us who could wrestle in a ring at a younger age, let alone at Sting’s age.

I think it is admirable that Sting continues wrestling and elevates younger talent at the same time. Some fans just love to complain, even if something is interesting on the card.

Of course, everyone is entitled to their own opinion. Love it or leave it, but I will be one of the people who tuned into AEW Revolution and loves every moment of it.