Juventud Guerrera posted an insane video, where he flips out for not being on RAW Legends Night. And, Jay White might be in NJPW for awhile.

In an insane video, Juventud Guerrera attacked WWE for not giving him an invite for Legends Night. Also, Jay White could be stuck in NJPW for a few more years if he was telling the truth about his latest contract deal.

Recently, WWE held Legends Night on RAW. Nothing major happened, outside of a bunch of previous names appearing in random segments.

There was a mix of Hall of Famers to average wrestlers who spent time in WWE. Well, it seems WWE did not invite Juventud Guerrera and he is furious.

He sent out the following promo, which is also transcribed below.

Guerrera made a big impression in WCW and eventually landed in WWE. He was part of the Mexicools, who had a short and fun run together.

As for Guerrera, he was released by WWE for not following rules. He was told to not use certain dangerous moves and still did.

Perhaps, that is why he did not receive an invite. 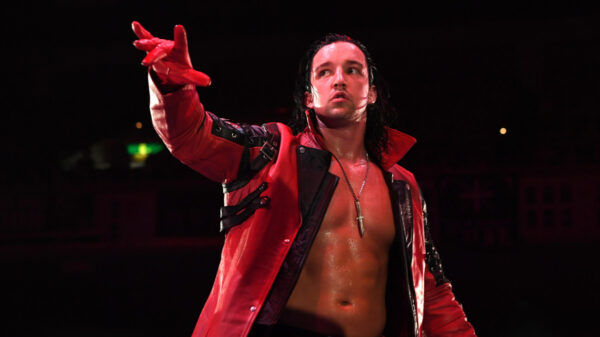 After day two of Wrestle Kingdom 15, there was lots to talk about. In particular, it involved Jay White’s promo after losing to Kota Ibushi for the IWGP Heavyweight and Intercontinental Titles.

Basically, White started complaining and started trashing the press area. He then announced was done with pro wrestling.

Jay White Breaks Down at Press Conference: ‘I Don’t Want to Do This Anymore’ https://t.co/OP24d6nJfK

Some saw this as a sign he could be leaving. But, it might actually be part of an angle.

During the Wrestling Observer Radio, Dave Meltzer spoke about the early days of AEW in 2018. At the time, the startup promotion contacted a bunch of names about possibly signing.

One of those included White, said he recently signed a seven year deal with NJPW. Therefore, he will be overseas for the foreseeable future.

Of course, there is a chance White simply did not tell the truth. When you are nearing free agency, people do anything for the best possible deal.

But, it should be noted how WWE has also has lots of interest in the Bullet Club leader. At some point, there will be a battle about which promotion signs White.