After losing on NXT, is Rhea Ripley main roster bound? And, Carlito had a good reason for skipping WWE Legend Night on Monday's RAW.

The main roster could see another addition from NXT as Rhea Ripley appears to be bound for RAW or SmackDown. Also, Carlito on why he did not appear at Legends Night despite being advertised.

The NXT roster appears to be shrinking after Wednesday’s episode. As reported earlier, the belief is Damian Priest is done in NXT after losing to Karrion Kross to open the show.

At the moment, there is no word on what brand Priest will join. But, he was initially set for a SmackDown debut last week before the idea was tossed.

Now, PWInsider reports that Rhea Ripley is also headed to either RAW or SmackDown. She lost to Raquel Gonzalez on Wednesday night in NXT’s first Last Woman Standing Match.

The win for Gonzalez seemingly ended their feud. Therefore, she is now the powerhouse of the yellow and black brand.

Ripley And Priest’s Time In NXT

Unlike Priest, Ripley has a bit of exposure on the main roster. When Charlotte Flair won the Royal Rumble last year, she challenged NXT Women’s Champion Ripley.

This resulted in Ripley briefly appearing on the main roster. At WrestleMania 36, Charlotte continued to make history by winning the title.

Like always, NXT has done great job of building their talent. Ripley and Priest already come off as leaders of their respective divisions.

Ripley first appeared with WWE during the Mae Young Classic and eventually signed. She went from the top heel in NXT UK to a fan favorite in NXT.

Priest has not been with WWE for long, but has a lengthy record on the Indy scene. During his current stint, he captured the NXT North American Championship in a ladder match before dropping it in late October. 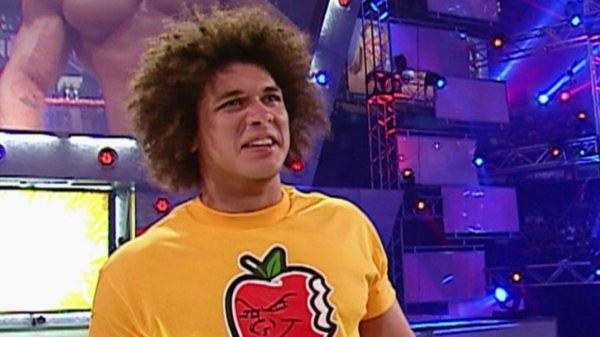 This past Monday, RAW featured a bunch of legends. For the most part, they were used in backstage segments with little purpose.

A bunch of names were advertised with almost everyone appearing. Missing, was former WWE superstar Carlito.

Word is Carlito heard the lack of WWE’s plan and passed on the offer. PWInsider provided details for his reasoning and they seem like valid points.

“I was told Carlito found out he was just getting a cameo,” according to the report. “And said, ‘Hey, but thanks, when you want me to come wrestle or do something, I’m happy to do it. I don’t want to travel across the country, just to do a 2 minute cameo.’”

There is a virus going around, so even a flight that only takes a few hours is dangerous. WWE was not upset with Carlito and understood his reasoning.

Since his WWE debut in 2004, fans have always enjoyed Carlito’s work. He stayed with WWE until 2010, when he was teaming with his cousin Primo.