It appears as if WWE is upset that rap sensation Snoop Dogg is set to make an appearance on an upcoming edition of AEW Dynamite.

AEW has upset WWE officials with the announcement that rap legend Snoop Dogg will be part of the upcoming series of holiday episodes.

Snoop Dogg will be making an appearance during the second night of New Year’s Smash on AEW Dynamite. The episode is set for January 6 on TNT.

Bryan Alvarez of Wrestling Observer Radio has the report.

“I do know there are people in WWE who are very upset that Snoop is appearing on AEW Dynamite,” Alvarez said.

Dave Meltzer adds that “He doesn’t have a contract with (WWE) and he’s part of the Turner family.”

Snoop Dogg is a judge on the TNT program Go-Big Show. Cody Rhodes, an executive and key wrestler for AEW, is also a judge on the program. Shaquille O’Neal, who was on AEW Dynamite this week, is also part of the show.

Snoop Dogg on comms in AEW!

If you ever wonder who wrestling companies target when they book stuff like this, it’s me. I’m the target. pic.twitter.com/eaGA9WvycX

Go-Big Show is set to debut on January 7 on TNT, one day after Snoop will be on Dynamite. The show is an hour-long extreme talent competition also starring judges like Rosario Dawson, Jennifer Nettles and Bert Kreischer.

Over the years, Snoop Dogg has made several appearances on WWE programming. He is cousins with WWE superstar Sasha Banks. He remains on the WWE.com website under superstars.

Snoop Dogg has sold more than 37 million albums worldwide. In 2009 he was a special guest host of RAW and was involved in a segment with Chavo Guerrero.

WWE inducted Snoop Dogg into the WWE Hall of Fame celebrity wing, making him the first musician to be honored. He also was at WrestleMania XXIV as a Master of Ceremonies for a Lumberjill match. 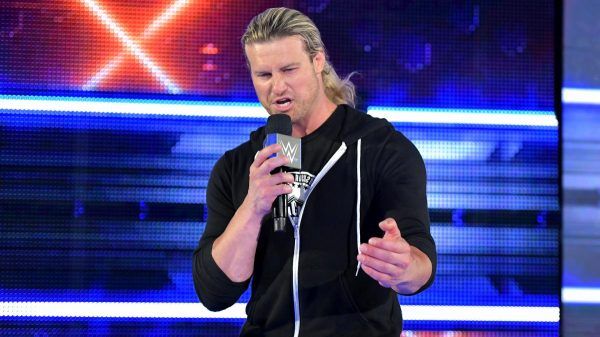 During an episode of Talk Is Jericho, former WWE superstar Chris Jericho and Dave Meltzer gave us some insight into the backstage workings involving Ziggler, Vince McMahon and the late Pat Patterson.

However, that did not always go over well for Ziggler in the end.

“I think that almost led to Dolph getting heat for it tow here they would start doing the opposite just to (upset) Pat,” Jericho said. “Just to have him lose a lot. You know how Vince thinks.

“Let’s rib Pat and bury Dolph Ziggler because it’s funny to me even though it’s a detriment to your company to do that.”

1 of the best to ever do it. And 1 of the reasons I even got a shot at my dream job was bc Mr. Brisco & Kurt kicked so much ass! Haha Happy birthday, brother. “KURT, WE WORKING TONIGHT?!” pic.twitter.com/XGhu9mfwSi

The 40-year-old Ziggler has been with the WWE since 2004. He made his television debut on RAW a year later.

Along with being a two-time WWE World Heavyweight Champion, Ziggler has also won the United States title twice and the Intercontinental belt six times. He is a three-time tag champion and 2012 Money in the Bank winner.