WrestleMania 37 should see Brock Lesnar compete and a big match has been discussed. And, Bobby Fish needed surgery following WarGames.

Brock Lesnar has not been on TV, but WWE has a WrestleMania 37 plan that involves some big names. Also, Bobby Fish underwent surgery after a brutal WarGames match.

But, COVID has been troubling for WWE as they scramble to find locations and make sure talent can travel. A top star missing since WrestleMania 36 has been Brock Lesnar.

Earlier in the year, WWE removed Lesnar’s merchandise. This is usually an indicator the superstar is no longer under the contract.

The belief was Lesnar would re-sign with WWE as the only other option out there is AEW. Vince McMahon does not want to lose Lesnar and would offer a large salary to keep him in WWE.

According to Wrestle Votes, Lesnar will be back before WrestleMania 37. WWE already has a match in mind.

Apparently, WWE is looking to book Lesnar vs. Keith Lee vs. Drew McIntyre. There is no word if McIntyre would enter still as WWE Champion.

McIntyre defeated Lesnar in the main event of WrestleMania last year, so his role makes sense. As for Lee, he is seemingly getting a major push.

According to the betting sites, Lesnar and Lee are some of the favorites to win the Royal Rumble. The January pay per view could easily help set up a triple threat.

Keith Lee vs Brock Lesnar would be a new banger. If you wanna add Drew McIntyre and make it a championship match, Keith Lee should win. That would be great. Start building on Keith Lee #WrestleMania

Other matches mentioned for WrestleMania are Edge vs. Randy Orton and Roman Reigns vs. Goldberg. Edge-Orton will end their feud that started 12 months ago and Reigns-Goldberg was supposed to happen last year before it was scratched about 10 days out. 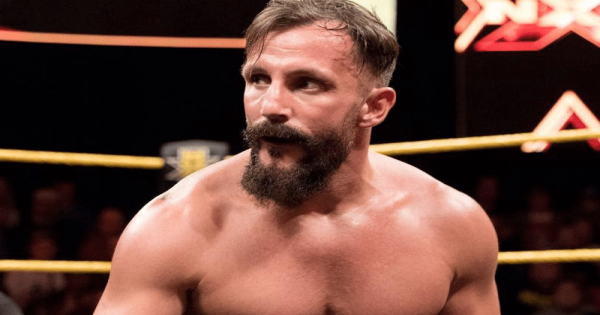 NXT returned with another installment of Takeover this past weekend. It was WarGames, which typically means several injuries are bound to happen.

Several superstars were feeling the effects of WarGames, with Candice LeRae seemingly getting the worst. But, it could be Bobby Fish who suffered the biggest injury.

During a video package to highlight the brutality, Fish confirmed that he underwent tricep surgery. As of now, there is no timeframe for when he might be cleared to return.

Why does this underrated ass wrestler always get injured 😭 apparently he got a laceration on his elbow. Seriously tho Bobby Fish is criminally underrated pic.twitter.com/1ZYijBwjBQ

The injury is believed to have taken place on the strip of metal that connected the two rings. The spot also involved Pete Dunne, but nobody is placing blame on him for the injury.

In the main event of WarGames, Undisputed Era defeated Team Mcfee. On the latest episode of NXT, many of the members who took part in WarGames had the night off to rest and heal.