AEW superstar Kenny Omega hopes that more NJPW stars will start wrestling for the promotion in the nearby future.

AEW wrestler Kenny Omega recently revealed his hopes that more NJPW stars wrestle on the promotion. At this time, All Elite Wrestling and NJPW have an excellent working relationship. 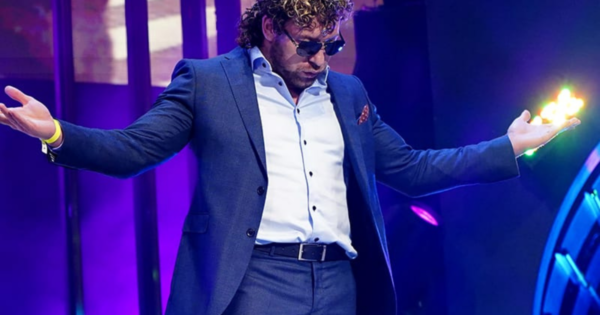 Popular wrestler Kenny Omega has been on the frontline of AEW for quite some time now. Of course, everyone knows that Kenny has an extensive history with NJPW.

Omega spent years of his wrestling career in New Japan Pro Wrestling. Since he’s part of AEW’s top brass, that immediately explains the good relationship between All Elite Wrestling and NJPW.

In a recent interview, Kenny Omega admitted he wants to see more NJPW stars on AEW.

Now more than ever, with the entire world struggling, we could really make lemonade out of lemons by putting forth our best efforts for a collaborative effort.”

“That’s the great thing about pro wrestling. A lot of people are in this business because they love making people happy. There are a lot of us in wrestling right now that want nothing more than to make fans happy. We get lost in our own fantasy booking talking about how cool it would be to team up, and there are restrictions in the world right now, but maybe down the road.”

Opposed to the WWE, AEW thrives on working with other promotions. And, NJPW has been one of the most prominent.

Aside from New Japan, AEW also invited the NWA women’s champion to defend her championship on the brand. So, more appearances of indie superstars may happen in the future. 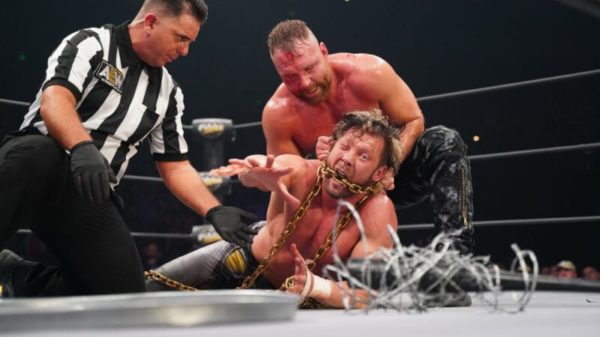 Kenny Omega is the next contender for Jon Moxley’s AEW Championship. So far, Moxley has been quite the dominant champion and has managed to hold off several top wrestlers.

Of course, Kenny Omega is one of the top wrestlers in the company. Since he has the same status as Jon Moxley, he stands a serious chance in capturing the title.

Recently, AEW revealed a rather unusual date for this gigantic match. In fact, officials recently said the match would take place on December 2nd.

Most people expected this gigantic match to take place during a pay-per-view, but it seems AEW brass decided otherwise.

It is not uncommon for title switches to take place on AEW Dynamite. Therefore, moving the date does not mean an automatic loss for Omega.

The match between Moxley and Omega is bound to draw many viewers. Given the success the brand had against NXT, it is expected that AEW Dynamite will beat NXT in the ratings by a landslide.

Of course, we do have to wonder what will happen if Kenny Omega takes the title. Could this be an opportunity for feuds with NJPW stars?

Or maybe Hangman Adam Page wants another shot at Omega?

There are so many potential storylines that could happen if Omega wins the title.

Of course, there are still many storylines outside of the title picture to be had. So either way, I am looking forward to a great match.

We’d love to hear your thoughts — share with us in the comments.