Daniel Bryan and his WWE contract will be up shortly, with him likely being done as a full-time wrestler. Also, Steve Austin told a story of costing Vince McMahon $15k for over partying after one WWE show.

For Daniel Bryan, his days as a full-time wrestler are likely nearing an end. But, that does not mean he is retiring from the game.

While speaking to BT Sport, Bryan stated how his current WWE contract is coming up soon. He did not provide an exact date, but indicated how his life has changed since becoming a father.

“So now I am switching priorities in my life where for years wrestling has been the key focus,” said Bryan. “Like my contract is coming up soon and we’re looking at me transitioning to maybe less than a full-time wrestler.”

Honestly, Bryan is lucky to still being wrestling for WWE. He was forced into retirement due a neck injury and after a few years was finally given the okay to compete again.

Already, Bryan is adventuring outside of the ring. He is currently part of SmackDown’s creative team and has been praised for trying to push the smaller guys who are often buried because of their size. 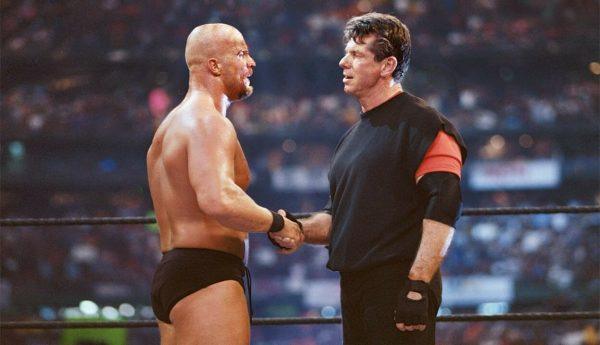 When WWE had fans and Steve Austin was still around, he would frequently end the show with a beer bash. It was nothing; just Austin drinking a few 30 packs to send the crowd home happy.

During one of those celebrations, Austin apparently had too much fun. At the end of a New York show, Vince McMahon had to pay an extra $15,000 for the overtime to a unionized crew.

On the Pat McAfee Show, Austin went into details about the conversation the next day with Vince.

“So he’s calling me out because I just cost him $14,000 just for that crew to stay overtime. I’m like, ‘I’ll split it with you.’ He goes, ‘Goddamnit, I don’t want your money. I’m just telling you. Come on in a little bit earlier.’”

“We used to do that s— all the time. Towards the end – Kevin Dunn in the truck – he’d finally just get on the horn to the house and go, ‘Steve, come on in.’”

“That’s how we rolled back in the day, man. We were gonna give you your money’s worth.”

When you factor in the money Austin made for WWE, $15,000 is not too bad. That night in particular, Austin and the crowd had fun; with the crew also probably happy with the extra cash.