It's SmackDown In A Nutshell time, and this week we get to be recovering from the holidays! Let's see how folks begin to prep for TLC!

It’s the day after Thanksgiving, so that gives us another SmackDown In A Nutshell. This time, we are all recovering from the Holidays.

Sure, it’s a raging pandemic out there. And yet, plenty will travel and enjoy this long holiday weekend.

Which makes this latest SmackDown an ideal opportunity to start recovering from the holidays. If nothing else, SmackDown gives you some sort of a distraction at least.

So, even the SmackDown Superstars are likely recovering from the holidays. Heck, with WWE temporarily not traveling all the time, it’s a safe guess that many Superstars enjoyed a relaxing Thanksgiving for a change.

But that’s all in the past, much like Survivor Series. It’s time to get back after it, as TLC is looming.

So, who’s already recovering from the holidays? 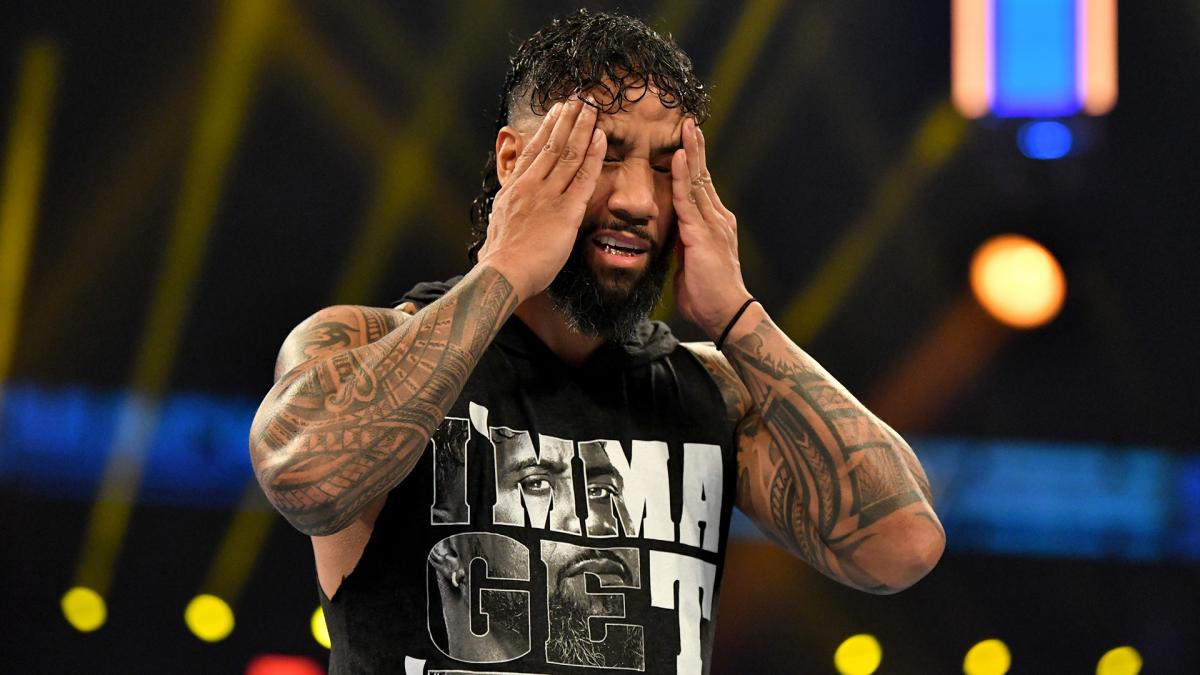 For me, I’ll take the main event. Kevin Owens and Jey Uso wasn’t a great match, but the ending was big and sets things up for the next few weeks. 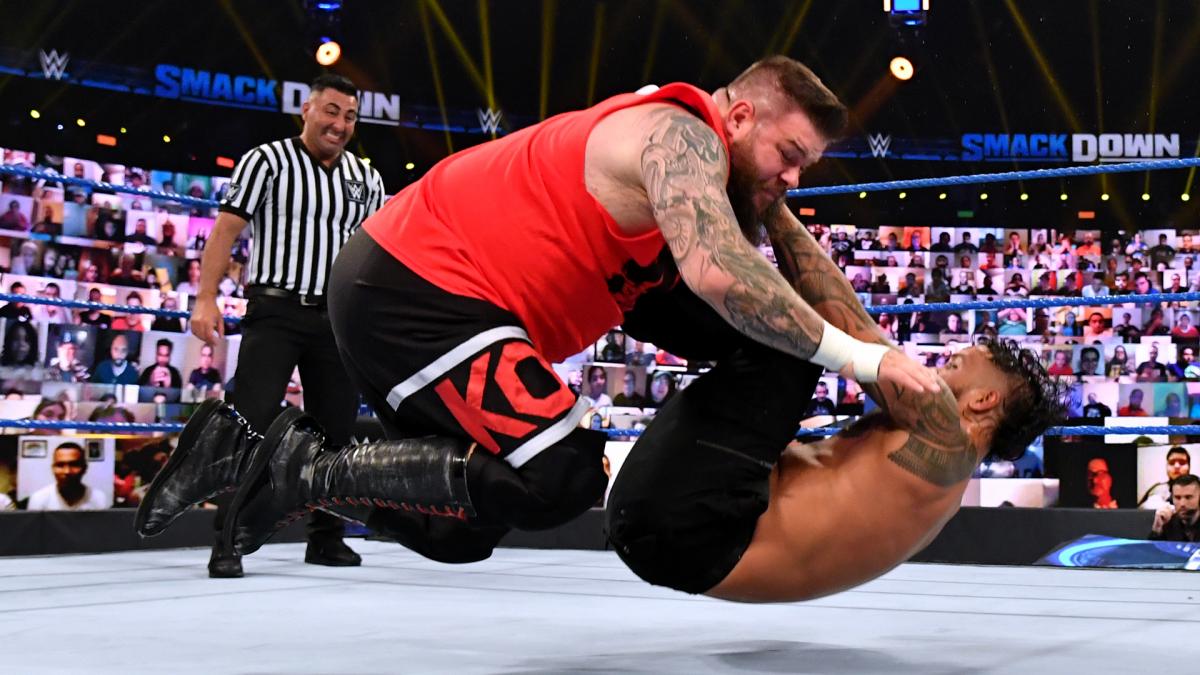 If this gives us a main event program of Owens and Reigns, then sign me up. It’s been a while since Owens got a good shot at the big belt, and while he may not win it…he’s at least on that level.

There should be an honorable mention for Daniel Bryan and Sami Zayn, too. Their match quality is to be expected, of course. 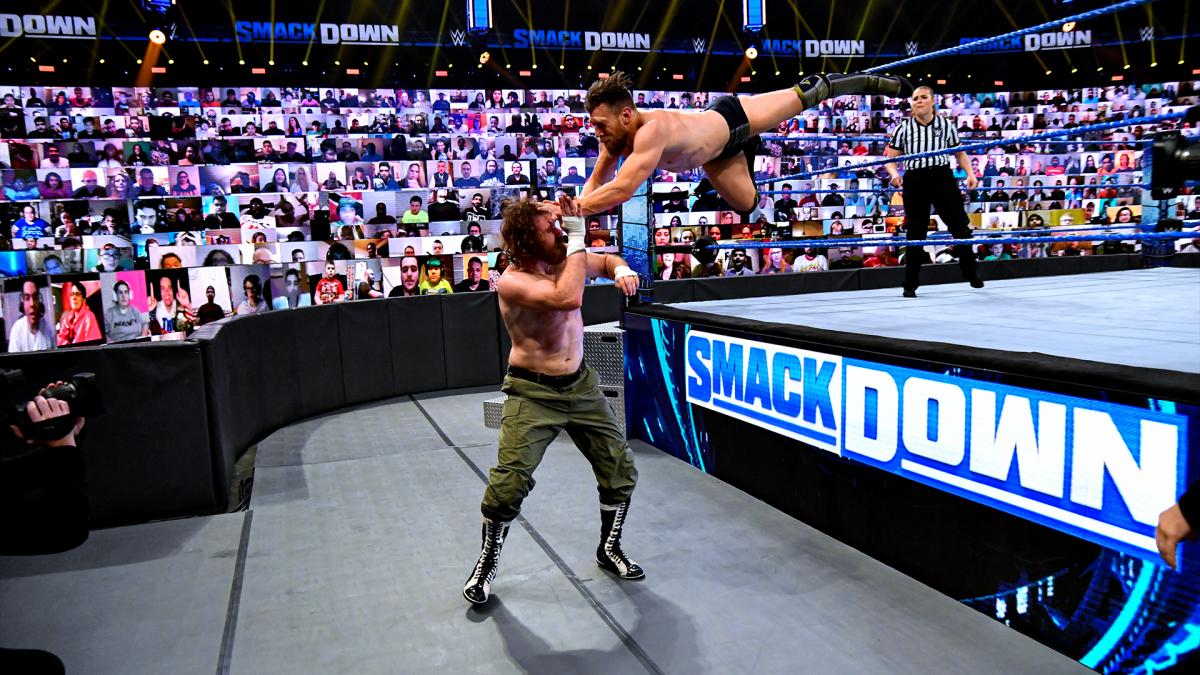 Bianca Belair is hyped as a really good athlete, right? So why not give her some really good chances to showcase that? 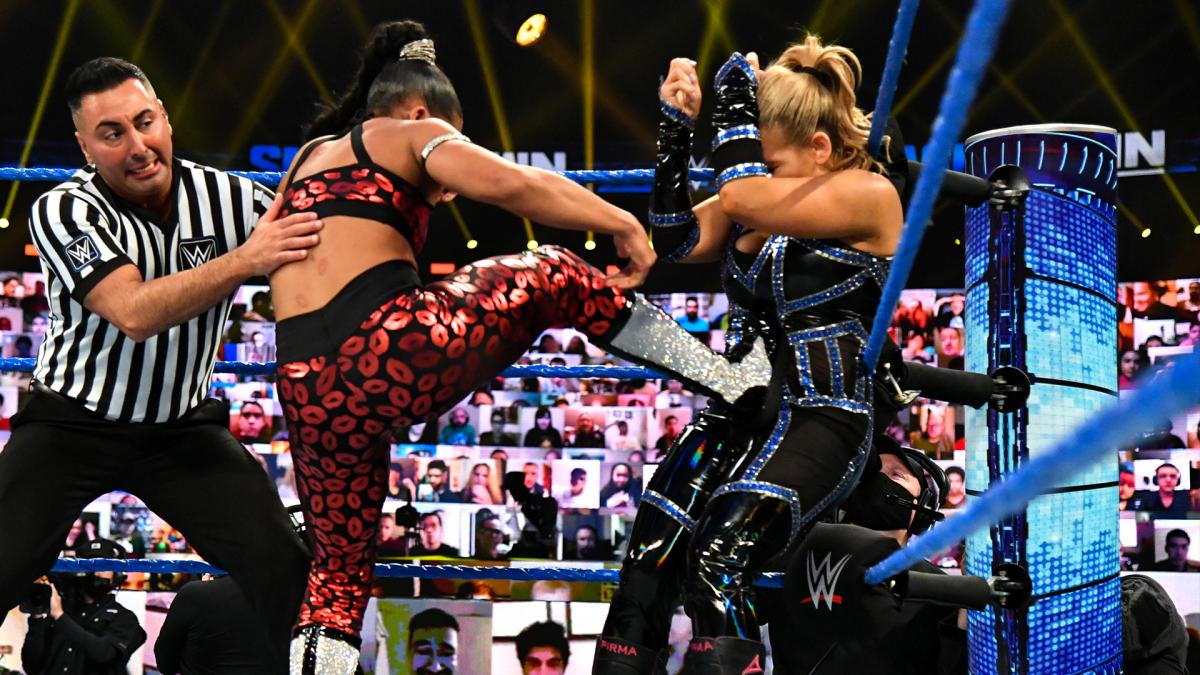 Instead, for the second week in a row, she’s working like, five minutes.

Now sure, she can win quick and be impressive…but show us she can work good matches longer than a few minutes.

I liked what I saw from a couple of Superstars tonight.

First, I was into the Big E we got in the backstage segment with Sami Zayn. If I had to guess, I would go with a Big E shot at the Intercontinental Championship before too long.

The question from there becomes: does he win it? And if so, would that be the launch point for a run at the Universal Championship in 2021?

Second, I really enjoyed the fight and moxie from Kevin Owens. Especially because he was aiming it squarely at Roman Reigns, and it gives us a fresh and significant challenger. 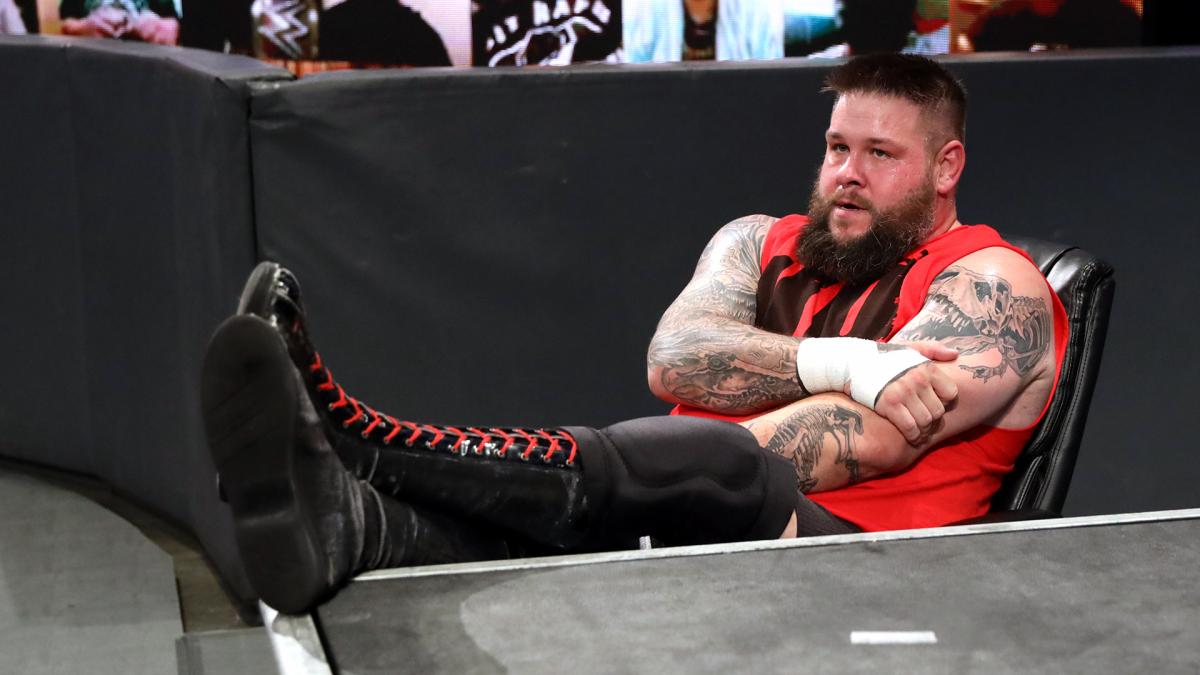 Just a general observation, but loads of chair shots tonight. 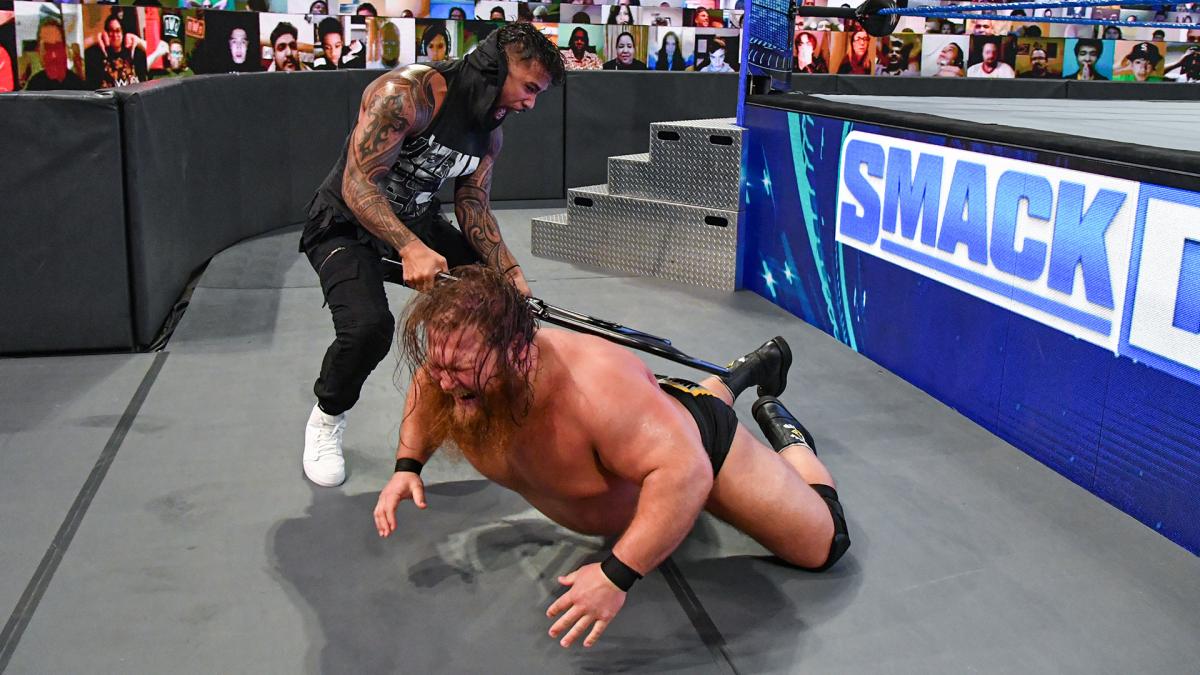 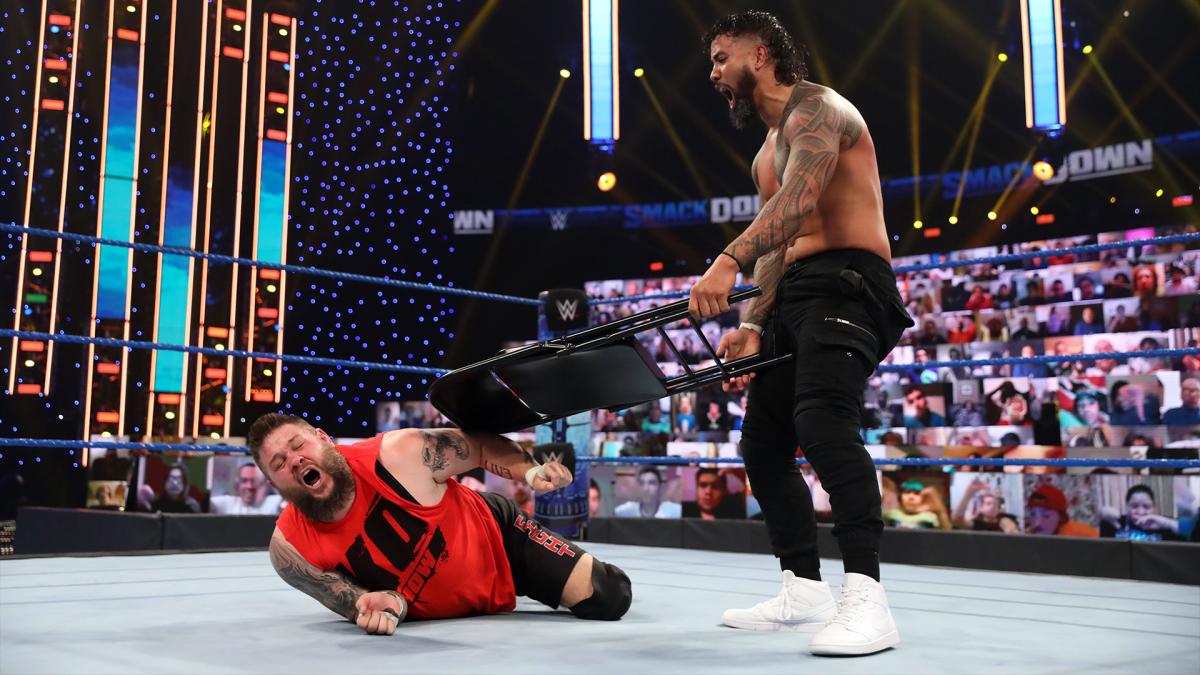 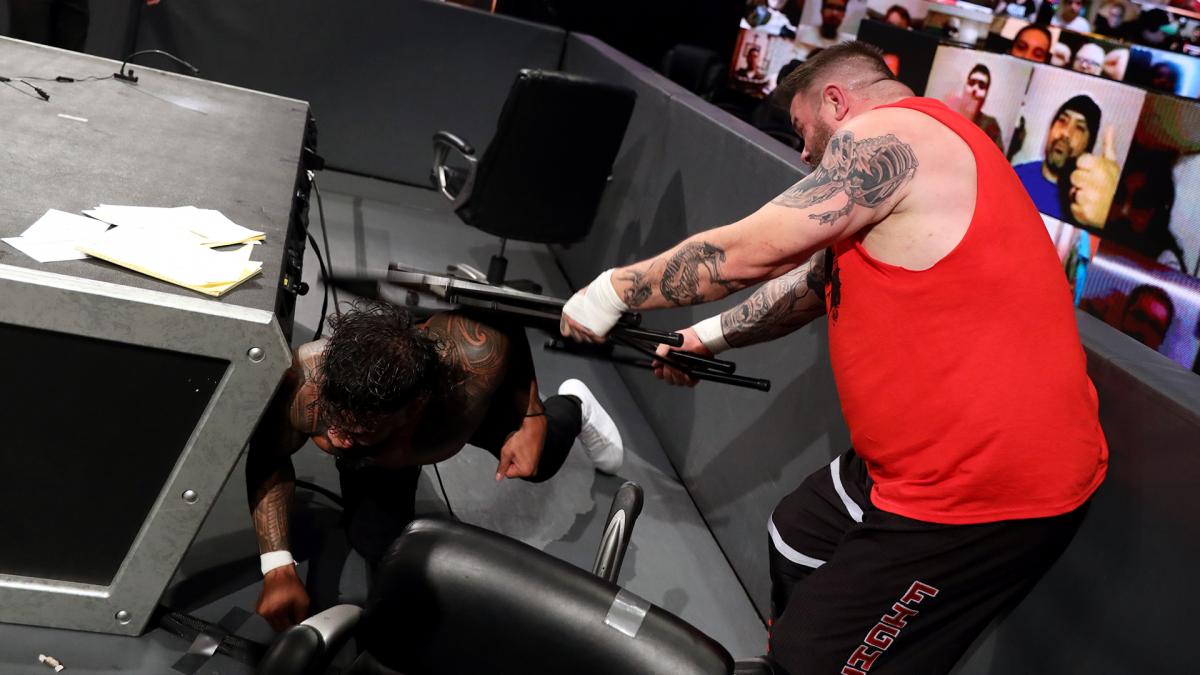 I had a few choices, but how about poor Otis? 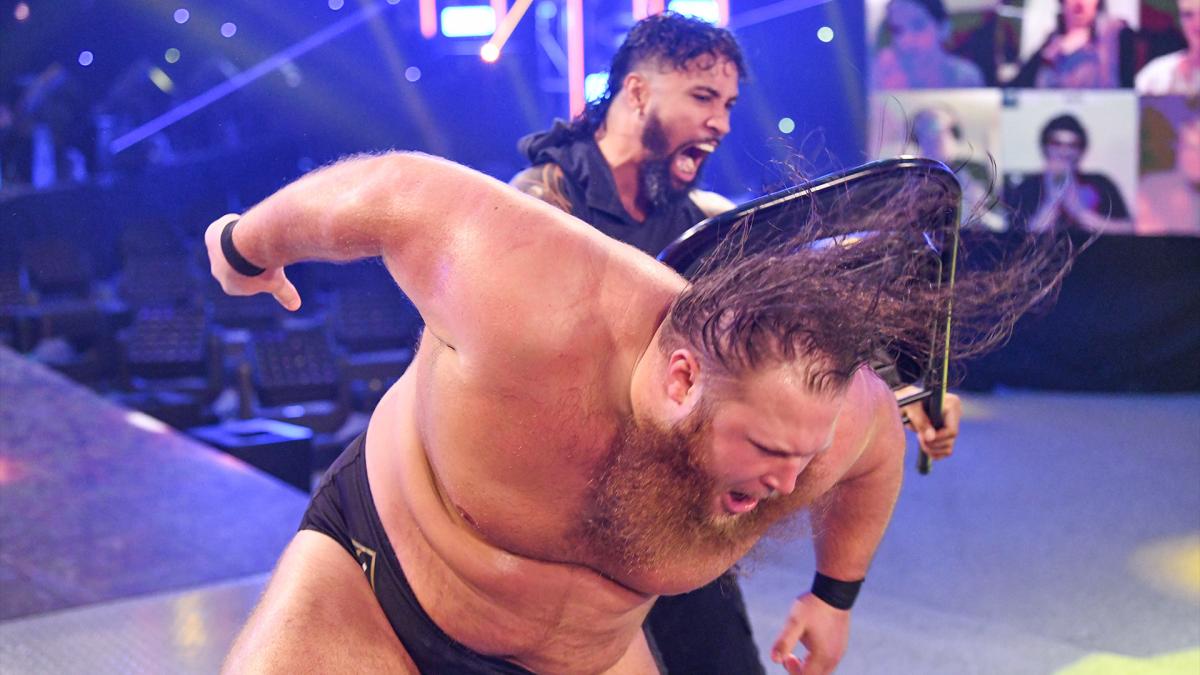 Wasn’t that long ago that the poor guy was Mr. Money In The Bank, with Mandy Rose by his side.

My how times have changed.

While I don’t see it as an upset, we did see Dolph Ziggler and Robert Roode defeat the Street Profits. Non-title, of course, but it was still a win. 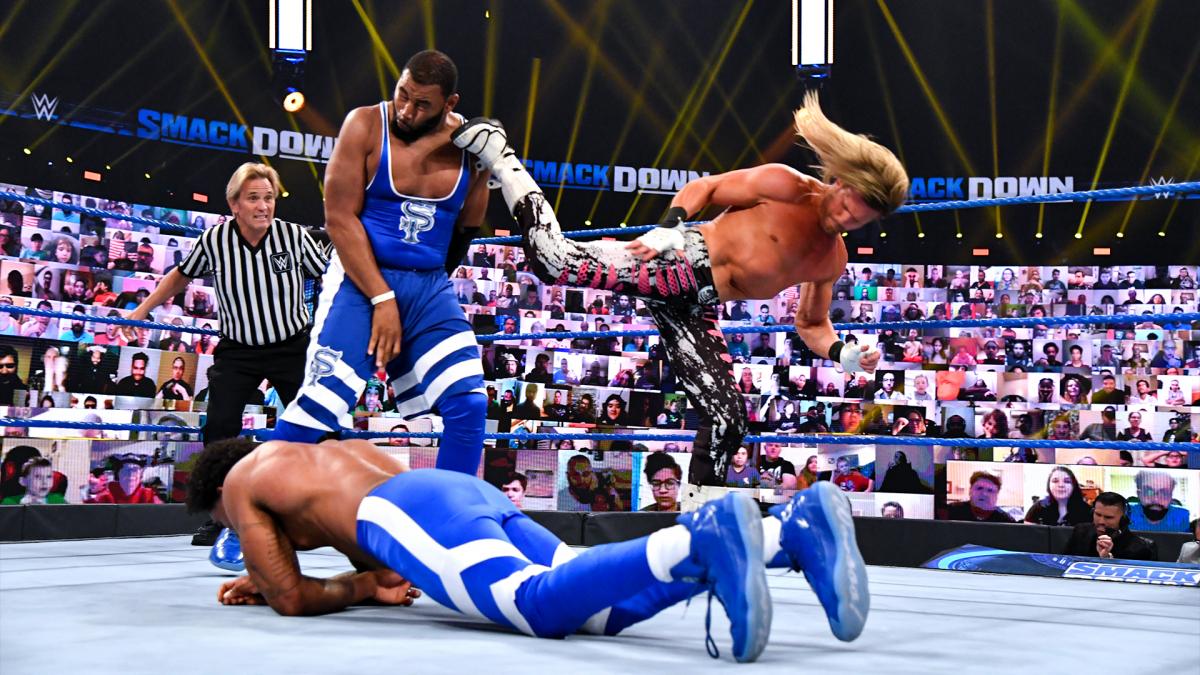 I suppose I would go with the high number of chair shots in general. Specifically, Kevin Owens liberally used the chair to send a message to Romain Reigns, via Jey Uso.

I am going with Sasha Banks attacking Carmella. Was a nice sequence, and it moves us to that program for the blue brand women’s belt.

Nothing significant that I feel like complaining about. I could gripe about all the non-title matches, or having champions like Street Profits loose…but if it goes somewhere, it’s fine.

For me, my biggest highlight was Kevin Owens. Loved seeing him getting another chance.

I mean, he’s always been lingering, but now he’s likely getting a shot at Reigns? Count me in.

Yes, this was the show after Survivor Series, and sure that was addressed. However, between that show being almost a week ago, on top of a major holiday happening since, and the show really feels over and done with. 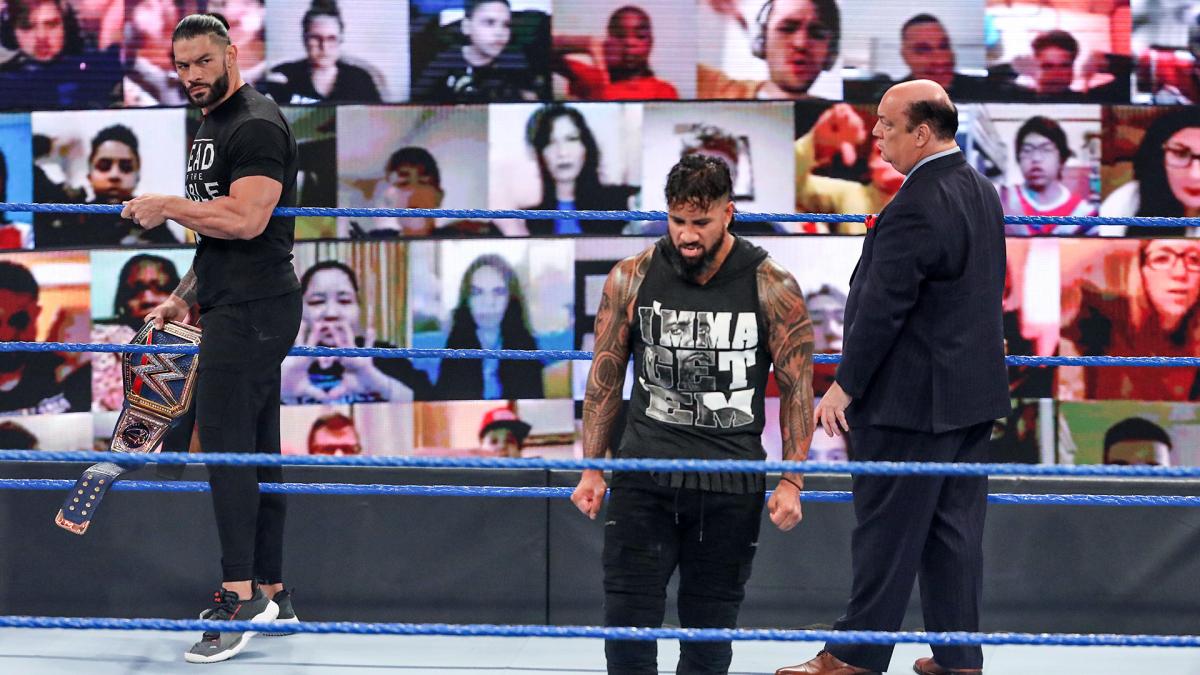 It got addressed a wee bit during this evening, but it feels like all eyes are fixed on TLC…and I am OK with that.