Even though she is busy, Maryse can see herself returning to WWE TV. And, there is talk of moving the date of WrestleMania 37.

Despite being busy with children, Maryse seems interested in returning to WWE TV for at least one match. Also, WrestleMania 37 may get pushed from March to April.

While fans can see The Miz every Monday night, missing from his side the last few years has been Maryse. His wife is busy with her own career and taking care of two children while her husband works around WWE’s schedule.

As for a possible WWE return, Maryse has not ruled anything out. She commented on the matter, while promoting “Miz & Mrs” on the Notsam Wrestling Podcast.

“I love everything about WWE,” said Maryse. “It’s been my family for so long.”

I don’t think I will not be in with them in some capacity. I always come back. Listen, I was back on SmackDown and I just had a baby five months postpartum and I had a match against Brie Bella on SmackDown. We were the main event.”

“If you would have told me that when I was pregnant I would have started laughing. It’s really hard to say never. We will see.”

Maryse’s final match was at Hell in a Cell 2018. She successfully teamed with The Miz to defeat antother WWE couple in Daniel Bryan and Brie Bella.

She did make a quick appearance a few months later at the Elimination Chamber in 2019. During that cameo, she announced that she was excepting her second child.

While there is doubt WrestleMania 37 comes from Los Angeles, Maryse sees it as the perfect opportunity to return.

“I start getting excited about something, that is something that my brain gets busy with and my husband is Money in the Bank,” said Maryse. “WrestleMania might be in Los Angeles.”

“You start adding all these elements. Also, the fact that I love WWE.” 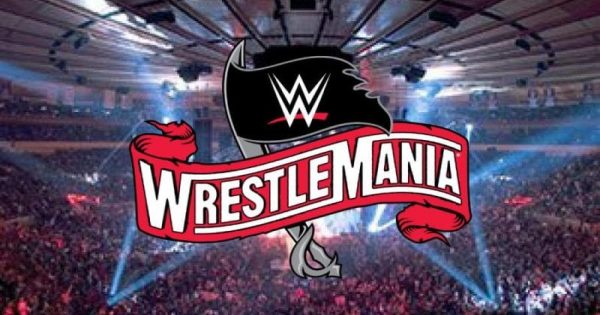 Currently, we know that WWE will produce WrestleMania the first half of 2021. Besides that, most of the details are not known.

Earlier in the year, WWE announced how the show would take place from the new SoFi Stadium in Inglewood, California. The show also had a confirmation date of March 28.

Now, everything is up in the air. The general belief is that SoFi Stadium will no longer hold the event.

Instead, WWE seems to be looking at the Raymond James Stadium in Tampa, Florida. Originally, that was the location for WrestleMania 36 before COVID-19.

As the pandemic grew, WWE was forced to make drastic changes and move the event to their Performance Center. At the same time, they also held the event without fans.

According to WrestleVotes, there seems to be another big change coming. Internally, WWE is talking about moving the show to either April 11 or 18.

There was no reason given for possibly changing the date. If WWE does move WrestleMania 37 to Florida, where they will likely be able to get some fans in attendance, they will have to make a decision sooner rather than later.

The entire concept of WrestleMania coming from Hollywood will have to be scratched. Plus, WWE needs to see how many tickets they can sell as there may be restrictions in place.