Some eagle-eyed fans noticed an interesting moment during a match on WWE NXT's Great American Bash, and will WrestleMania 37 be in Los Angeles?

During NXT this week, fans had questions regarding an odd moment from Cameron Grimes. Also, WWE might already be looking for alternative venues for WrestleMania 37.

The recent WWE NXT Great American Bash event featured Cameron Grimes taking on Damian Priest. Priest picked up the pin-fall victory in the bout, but some fans noticed an interesting moment at the conclusion.

According to reports, Grimes looked as if he tapped Priest in a personal region on his body. Priest did not react as the referee completed the three-count.

On this weeks episode of Damien Priest vs Cameron Grimes#NXT pic.twitter.com/ICi5IOTePd

Things like this happen from time to time, but with the angle of the incident in question is very noticeable.

Grimes, a 26-year-old from North Carolina, signed with the WWE after a run in Impact Wrestling in 2019. He held the TNA/Impact X Division title three times and the TNA tag team belts once with Brian Myers.

Earlier this year, Priest earned a shot at Keith Lee’s North American title, but was unsuccessful. He previously held the Ring of Honor television belt and won the 2017 Survivial of the Fittest.

Right now, Priest and Grimes look like rising stars in NXT. While Keith Lee sits atop the roster, the band is always making new stars.

If Priest and Grimes stick around on the yellow black brand, they get inserted into the title picture. 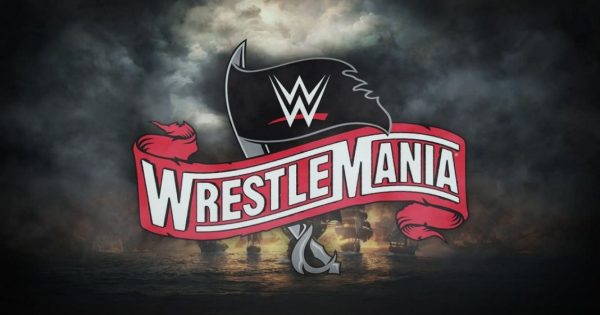 We are still several months from WrestleMania 37 taking place, but that does not mean the WWE is not planning. According to WrestleVotes, officials are already discussing the event, which is scheduled to take place from Los Angeles on March 28, 2021.

However, the site for the event, SoFi Stadium in Inglewood, still needs to be finished. Construction has been delayed because of the coronavirus pandemic, as the state stopped working on it.

SoFi Stadium was originally scheduled to open July 25-26 with a Taylor Swift concert, but that has been scratched.

The report states that the WWE is seeking an answer no later than the middle of December in regards to holding large-scale gatherings in the state. With that currently not allowed, and COVID-19 cases rising, it could be an interesting next few months for the promotion.

WrestleMania 36 was moved to the WWE Performance Center earlier this year due to the coronavirus pandemic. SummerSlam is also now expected to take place there instead of Boston as originally planned.

From this perspective, WrestleMania 37 will be another interesting event. While COVID-19 basically shutdown most of the country, WWE carried on.

Their decision to move forward with shows has drawn criticism. After several employees got sick, WWE had to reinforce their rules.

At one point, Kevin Owens apparently confronted Vince McMahon over masks. The discussion led to WWE mandating masks unless the talent is on TV.

For now, there are no actual fans in attendance. To fill in sears, WWE has been using their unknown talent from NXT.

The company hoped to have fans back by June. When that date passed with no changes, the new timeframe was August.

McMahon was determined to have fans for SummerSlam. Instead, another top show from WWE will be without an audience.

Most of the United States is having trouble controlling COVID-19. Numbers have been skyrocketing in recent weeks, including California and Florida.

Both places are areas WWE would like to run their shows. They owe Florida a WrestleMania and there is nothing better than an event from Hollywood.