Bret Hart opened up in a recent interview about how he overcame his bitter relationship with the WWE and Vince McMahon.

During Confessions of The Hitman, Bret Hart revealed how he overcame his bitter relationship with the WWE. He also elaborated on how he dealt with his bitterness towards Vince McMahon.

Don’t Bring Up The Past 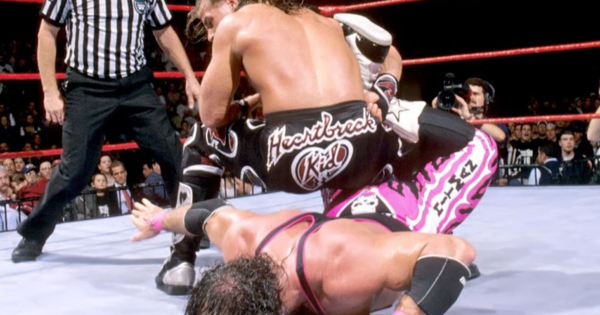 To deal with his bitterness towards Vince McMahon, the WWE Chairman and Bret Hart came to an agreement not to mention past events. Considering what happened at The Montreal Screwjob, that’s probably for the best.

“I think me and Vince have reached an understanding where we don’t bring up a lot of old, dodgy stuff, and we kind of buried the hatchet.”

However, the caustic relationship Bret Hart has with Vince McMahon has not completely disappeared. The Hitman mentioned how both of them (Vince McMahon and Shawn Michaels) are probably embarrassed by their behavior.

“But in all honesty, I think they’re not proud of their conduct; I don’t think. I think they kind of realized now that that was kind of a dumb way to go, and unprofessional way to go, and it caused way more problems than they ever imagined, even though they made money off of the whole concept of what happened.”

While there seems to be a bit of remaining bitterness, it seems Bret has put most of it behind him. However, the relationship between Vince and Bret will never go back to where it was before the Montreal Screwjob. 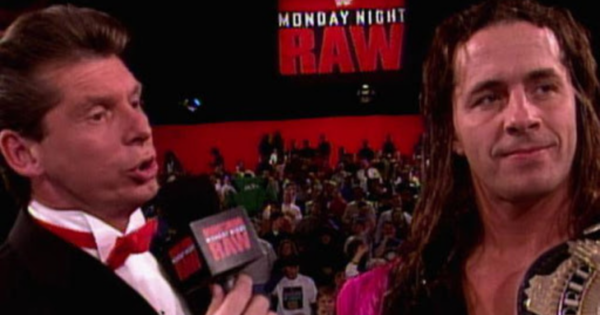 The Montreal Screwjob was undoubtedly the catalyst for the bitterness Bret Hart felt. However, it seems there was more than just the event itself.

According to Bret, he feared his achievements would be erased from pro wrestling history after the event unfolded. In turn, this would mean fans would have to miss the great matches he had during his time in the WWE.

Of course, there were other reasons that contributed to the bitter feelings between McMahon and Hart.

Aside from the Montreal Screwjob, Bret also lost his brother Owen. To this day, his death is attributed to the WWE’s actions.

Owen Hart died after a tragic fall due to failing equipment. His widow eventually sued the WWE. But not without a counter claim from the WWE, suing Owen’s widow.

Needless to say, various events over the years led to some problems between the WWE Chairman and Bret. Nevertheless, the wrestling legend claims these problems are in the past.

Bret Hart is even talking about being inducted into the WWE Hall of Fame.

“I said I’d definitely be interested in going into the Hall Of Fame because I earned it, and I always wanted to be remembered for what I contributed. And I didn’t just contribute some matches and have a so-so career; I believe I contributed some of the greatest pro wrestling matches ever documented.”

Time will tell if the troubles between Hart and McMahon are that far in the past and if he will be inducted in the Hall of Fame. Of course, one person will be missing from the Hall of Fame without a doubt, Bret’s brother Owen.