Marty Jannetty loves attention, so here's an update on his murder claims. And, Jack Gallagher finally talks about the #SpeakingOut movement.

In another update, Marty Jannetty now claims he murdered someone decades ago and burned the body. Also, Jack Gallagher breaks his silence over the #SpeakingOut movement.

Earlier in the year, Marty Jannetty made national news. He claimed that during his early teen years, he murdered someone.

The story saw enough traction that Jannetty got a visit from authorities. Since then, Jannetty stated he made the story up.

Now, the plot thickens after his latest remarks. While speaking on Hannibal TV, Jannetty mentioned having to burn and bury the body.

“You know once the police got involved — I don’t wanna say police,” said Jannetty. “Once the GBI which is the Georgia Bureau Of Investigation got involved it got serious and I was just trying to set up a storyline.”

“I have to say that right now because you know it was 40 years ago, and you know what kills me? They don’t care about that 13-year-old getting raped it’s like ‘oh you killed somebody.’ What do you think he was gonna do to me after he raped me?! Because so many rape victims get murdered afterward.”

“I was 13-years-old, 13. You know as a grown up or any kids listening to this you say what you think. But when it actually happens, I didn’t expect that reaction.”

“I hit him in the brick, I said it was a brick, it was a piece of concrete thing and you know if you hit someone in the temple — very vunerable. Evidently I hit him too hard and he died right there.”

At this point, it’s tough to tell if Jannetty is full of it or retelling facts. If his initial comments saw a visit from authorities, they could be looking for another conversation. 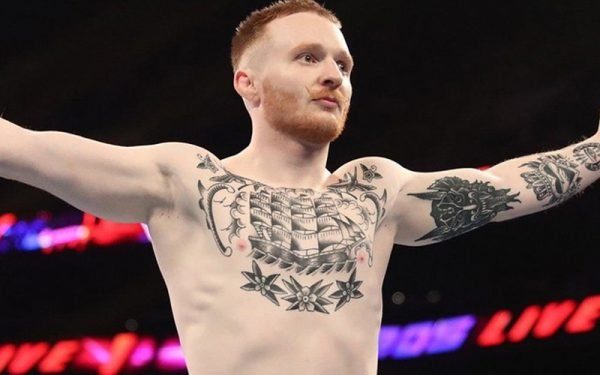 Over the summer, the #SpeakingOut movement caused several wrestling companies to make drastic changes. Many names were accused of making bad choices and that included WWE.

While several names have been released by WWE as a result, the first was Jack Gallagher. He was suspended and quickly let go by WWE.

Since then, Gallagher has not addressed any allegations. Although, he broke his silence today on Twitter.

In a lengthy post, Gallagher retells a story from 2014 that involved a female. He does not go into details, but does indicate that a mistake was made.

Also, Gallagher notes how he informed WWE about happened. They said he broke their code of conduct and was released.

Breaking my silence following the media stories from June 2020. pic.twitter.com/f5woTgkd5W

When the movement started, several names from the NXT UK brand were let go. There are claims against some bigger names like Matt Riddle and The Velveteen Dream, but WWE has cleared them.

Other companies like AEW, Impact Wrestling, NWA and some Indy promotions had similar issues.

AEW suspended Sammy Guevara after audio from a few years ago grabbed attention as he said he wanted to rape Sasha Banks. Also, Jimmy Havoc was sent to rehab.

Impact Wrestling also released several wrestlers. Michael Elgin was one of those names and he just mentioned on social media how he’s entering rehab.