AJ Styles might get a bodyguard, who many will recognize. And, Vince McMahon believes Bill Goldberg is still a draw and could wrestle again.

The former head of security for RAW Underground could become the bodyguard for AJ Styles. Also fans often don’t like how much nostalgia WWE clings to…yet Vince McMahon still believes in Goldberg.

After a few weeks of no RAW Underground, the concept seems finished. There was explanation provided as WWE completely stopped airing or mentioning the segments.

Every week, fans would see two people in particular. That included the host Shane McMahon and the main security guard, Jordan Omogbehin.

In October 2018, Omogbehin signed along with seven other athletes to work at the WWE Performance Center. The 7 ft 3 man is from Nigerian and has a past in baseball.

He spent most of his time working house show for NXT. He did appear earlier this year on RAW, serving as the ‘Big Ninja’ of Akira Tozawa’s faction.

AJ Styles was recently traded to RAW, where he used as one of the top heels. Therefore, a bodyguard would be the perfect fit for a heel superstar.

Earlier in the year, Styles was traded from RAW to SmackDown. That had to do with tension with Paul Heyman, but he is no longer running RAW.

While on SmackDown, Styles spent most of his time battling over the Intercontinental Championship with Jeff Hardy and Sami Zayn. He was able to win the title, but Zayn won the feud at Clash of Champions in a three-way ladder match.

FOX wanted bigger names present for the season premiere of SmackDown, and Goldberg was called in. 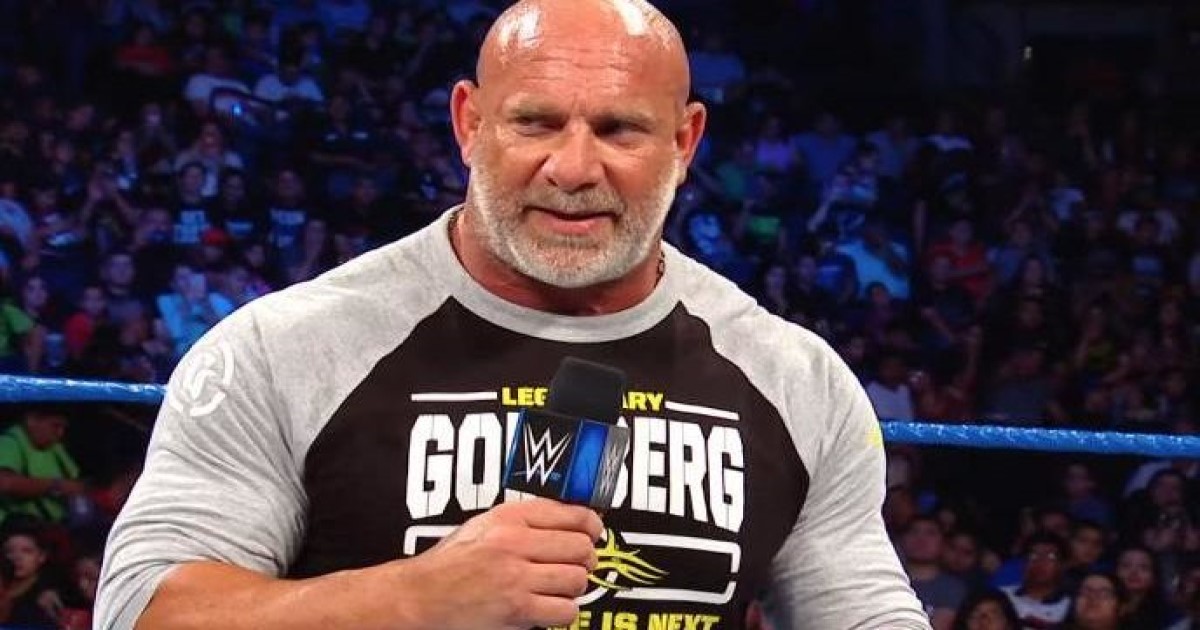 So, why was he one of those choice names? Because Vince McMahon sees money in him still.

As in, at least one big match. Perhaps more.

Notice how Goldberg appeared just for Roman Reigns and Braun Strowman’s big match. Goldberg had dropped his title to Strowman at WrestleMania, so there’s some history.

Knowing that McMahon (and others) are dreaming of a Rock-Reigns mega-match next WrestleMania, could we see Goldberg as a precursor?

Or, knowing that The Rock may not even be able to work such a huge match, could Bill Goldberg end up being WWE’s “Plan B”?

It’s also entirely possible that Goldberg would be more inclined to tangle with Braun Strowman once again, with or without a championship on the line.

We’re totally getting Roman vs Goldberg at WrestleMania 37 and they’re going to try and push Bill as the babyface.

Either way, it’s very likely that the Goldberg-ThunderDome cameo was planting the seeds for a match or two in 2021, though it is not yet clear who he would be battling.

Triple H On The Rock Not Returning, Bray Wyatt – Undertaker