Renee Young Trolls MJF On Social Media After All Out Loss

Jon Moxley's wife, Renee Young, trolled MJF after he suffered a loss at the hands of Moxley at All Out. This fuels further rumors. 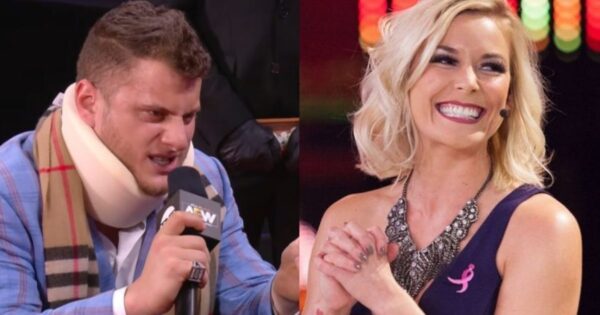 Before the match between MJF and Jon Moxley took place, Renee Young took to social media. She mentioned she could now wait for her husband to take care of “the dork”, Maxwell Jacob Friedman.

Obviously, Friedman took advantage of the opportunity presented to him. After the match, he retaliated by responding to Renee Young’s All Out comments.

Friedman asked her if they should talk about the fact Moxley cheated. Of course, Renee had a good comeback for that.

Interestingly, it is not the first time Friedman lashed out at Renee Young. During his previous promos with Moxley, Renee is a much discussed topic for him.

Future Feud In The Works? 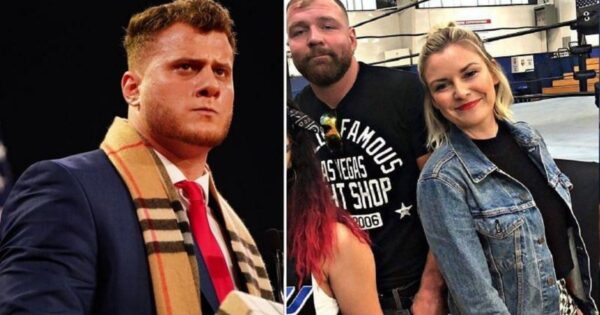 During a recent interview, Renee admitted that she is currently under a non-compete clause for approximately one year. However, once that period expires, she is free to go anywhere.

One of the places she could be considering is AEW, and there is some groundwork for a feud already. Since her husband is the current AEW Champion, and has a track record with MJF, Renee could be a welcome addition to the All Elite Wrestling brand.

How great would it be if husband and wife could enter a feud with Friedman? I mean, the creative ways this feud could go are almost limitless.

Renee did admit during the interview that she does not want another commentator role. Instead, she is more interested in the roaming reporter role, which she could get at AEW.

In a year’s time, there should be more clarity regarding the path Renee Young will take. For now, we have to wait until she sits out her non-compete clause. 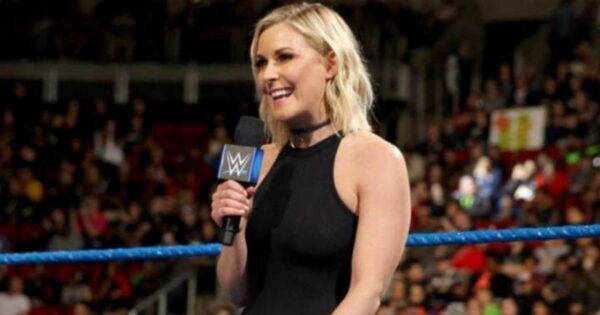 Renee also took to social media this week to tell fans she was rocking unemployment. Today, she mentioned she woke up at 6 am to watch lifetime movies.

I’m crushing unemployment. I wake up every morning around 6 to watch a series of Lifetime movies.

Based on her recent posts, it is quite clear that Renee is waiting out her non-compete clause. While this might not tell you a lot, it actually tells us more than you would think.

It most likely means that she will continue to work as a sportscaster. In my opinion, this fuels the rumors about AEW even more.

Of course, the sky’s the limit for Renee Young. There are a bunch of stations that would love someone of her caliber, including stations such as ESPN or The Rock’s XFL.

A mere couple of weeks before she left the WWE, she asked fans if she should put in her resume at the XFL. While it most likely was a joke, I would not rule this out completely either.