After his WWE run, Miro signed with AEW & here are the contract details. And the Viking Raider injury is more serious than initially thought.

After weeks away from television, Miro – who competed as Rusev in the WWE – made his debut with All Elite Wrestling this week.

Using part of his real name, Miroslav Barnyashev, the 35-year-old from Bulgaria took aim at his former boss, Vince McMahon, and the promotion he called home for a decade in his first interview.

Fightful is reporting that Miro and AEW have reached a contract with a long-term option available between the two.

During AEW Dynamite, Miro immediately sided with Kip Sabian and Penelope Ford, declaring himself “The Best Man.” Right before he left the WWE, Miro was involved in a wedding feud with Bobby Lashley and his real-life wife Lana.

Following his debut, Miro released a video on YouTube to further drive home his comments made.

“I absolutely meant every word of that promo,” he said. “For 10 years, I was constantly told about an imaginary brass ring that I already told you what to do with. This was not a promo, but my feelings. 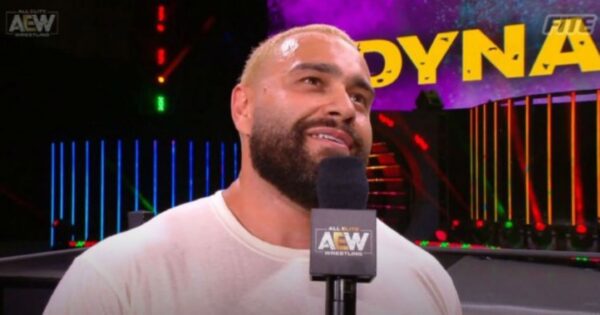 “Over the past days, I was trying to keep myself numb, tune out all the emotions. The closer I got, the more excited I go. Everything worked out and it is a special day because it is the best day ever.”

In April as the coronavirus pandemic led to events being canceled, the WWE released Miro, citing a need to trim salary.

While with the WWE, he became the first Bulgarian to compete for the promotion. Miro won the United States title on three different instances.

One-half of the Viking Raider tag team, Ivar, could be headed for the operating table soon.

During a recent edition of RAW, Ivar took a nasty bump. He made a dive to the floor that he has done countless times, but this one went wrong.

Ivar knew something was wrong immediately, throwing up the “X” sign to let officials know he needed assistance.

“Nothing is for sure, but it has not been determined whether or not he will need surgery,” Dave Meltzer said on Wrestling Observer Radio. “It’s a significant injury. Once you say that it tells you that it’s not like a stinger where you’re gonna come back in two weeks.

“It’s probably a lot worse than that. It’s not determined yet, but it’s absolutely as of today a possibility.”

Ivar and his tag team partner, Erik, have been working well together since coming to the WWE.

Todd Smith, who competes as Ivar and previously as Hanson, has been with Erik since 2014 as a tag team. The 36-year-old was trained by Killer Kowalski and made his debut in 2001.

Along with holding the WWE NXT tag team title, the two have also won the RAW tag belts once. They are also former Ring of Honor and New Japan Pro Wrestling champions.

“From the bottom of my heart, THANK YOU to every single friend, family and fan who has reached out to me,” he posted on social media. “My heart is truly touched from all the love and support.”

From the bottom of my heart, THANK YOU to every single friend, family and fan who has reached out to me. My heart is truly touched from all the love and support. Still figuring it all out but I am working hard to… https://t.co/fduMdrpcjs