Former WWE superstar Rusev credits John Cena for teaching him how to wrestle. And, Tony Khan earned praise from a familiar name.

While some might not think John Cena can wrestle, Rusev credits him for learning the business. Also, Tony Khan received praise from none other than former WCW President Eric Bischoff.

When Rusev debuted for WWE, he went on a lengthy undefeated strength and that included a win over John Cena. Shortly after, at WrestleMania 31, Cena would give Rusev his first loss.

While some do not like Cena for his lack of in-ring skills and TV time given, Rusev does not agree. During The Ryback Show, Rusev said he was blessed as Cena taught him to wrestle.

“To this day, I pray and I’m so thankful that I got to work with John Cena,” said Rusev. “He taught me every single thing. Talking about the crowd, the timing, and it’s just an unbelievable experience, man.”

“You can tell that there are people who work with him. Their timing versus the people who never work with him and it’s such a difference. I feel so blessed working with him. And even to this day […[ every day, I give thanks to John for teaching me how to wrestle.”

See the battle in the Bay Area for the #USTitle at @WrestleMania 31. You can see ONLY on @WWENetwork. https://t.co/BLZNstMGIN pic.twitter.com/FMZYrViOkD

Since their feud over five years ago, Cena has worked a much lighter schedule. He is focused on Hollywood and charity work, but does make an occasional WWE appearance.

Rusev, who now uses the name Miro, was let go by WWE due to COVID-19 cuts. Many promotions want to sign him, but he is focusing on a Twitch career. 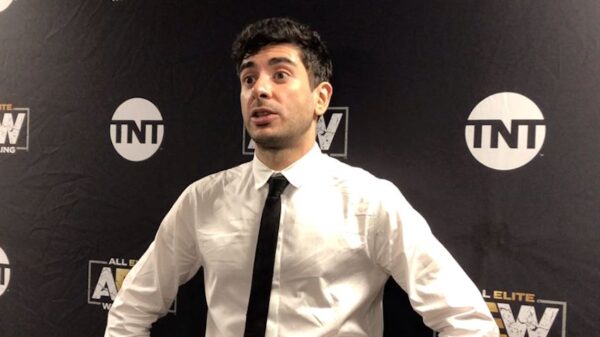 Many people in the United States have tried to run pro wrestling companies, with only a few finding success. The past few decades have seen WCW, ECW, ROH and Impact Wrestling try to match WWE.

All have failed, with WCW and ECW eventually closing. ROH has been struggling financially and Impact Wrestling had some close-calls where they were almost out of business.

While AEW has not even been around for two years, they are headed in the right direction. The talent is diverse and AEW CEO Tony Khan has been praised for quickly learning the ropes.

On the latest episode of his 83 Weeks podcast, Eric Bischoff discussed his recent stint for AEW. From what he saw in the back, Khan has a real passion for the business.

“Tony’s not just a guy with a checkbook that’s also a big fan,” said Bischoff. “Tony’s the guy with the checkbook who is a big fan who is also a good producer. And more importantly, loves producing. Therein lies the magic. His passion in the product.”

“He’s obviously a very intelligent and experienced businessman, so check those boxes. But when you have passion and you like producing and you’re willing to grab it by the balls as oppose to putting somebody else in that position and hoping that they’re going to do the work that you want them to do, and by the way, that’s what I did to a large degree, that’s a mistake that I made to a large degree, is I put other people in positions that I probably should have had a much larger control of myself, so that’s why I’m pointing this out.”

“Tony is grabbing this thing by the balls. What he lacks in experience, he more than makes up for in passion, in intelligence, and enjoyment in what he is doing and taking control over it.”

During the debate between Chris Jericho and Orange Cassidy, Bischoff served as the moderator.