The latest backstage news on AOP's release has many questioning WWE's decision. And, AEW might have signed a familiar name to their roster.

The release of AOP caught some off guard as they were well liked. Also, AEW might have signed a former WWE name after her recent appearance.

Depending on who you ask, WWE releasing AOP earlier in the month was a bit surprising. Both Akam and Rezar departed without returning to TV.

At the time of their release, neither were appearing on TV after Rezar suffered a bicep injury. They looked for a fall return before WWE decided on a release.

Fightful reports that talent backstage were a big shocked by the move. According to several people, the team was well liked and showed effort to improve.

Several people made the following statements.

“AOP and Street Profits work very hard and try to get better every week, and they’re all good guys,” said a WWE employee.

“Akam should still be on TV,” said another WWE employee. “He was improving dramatically and was really easy to work with. They actually both have really good backgrounds and are safe to work with and have shown me a few things.”

Their final run saw them align with Seth Rollins. It was not clear if they disciplines or his bodyguards.

But, it does not matter at this point. Neither are under contract with WWE.

They found their most success in NXT with Paul Ellering as their manager. Upon joining the main roster, Ellering was quickly removed from the duo.

They captured the RAW Tag Team Championships for about a month. At the time, Drake Maverick was their manger.

Then, Akam went down with a knee injury. During both injuries, the entire team was removed from TV and neither were featured as singles stars. 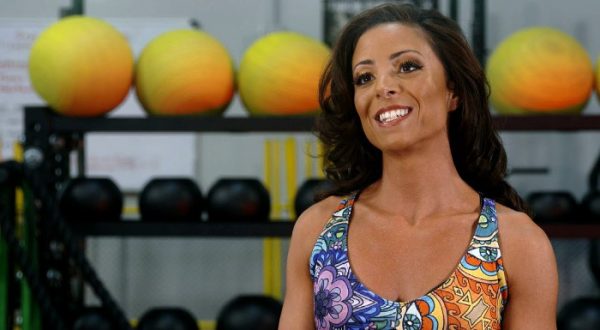 There could be a new addition to the AEW roster. There is some speculation that Serena Deeb could be added to the women’s division.

She made her AEW debut against NWA Women’s Champion Thunder Rosa. Despite the loss, Deeb’s performance impressed the right people.

During the Talk Is Jericho Podcast, Chris Jericho was talking about Rose’s two matches in AEW. In his comments, he was under the impression Deeb signed with AEW.

“Right now I’ve got NWA Women’s Champion Thunder Rosa, she had a hell of a debut on Dynamite last week in a great match against Serena Deeb,” said Jericho. “It got Serena signed actually, I believe, and then had another great match challenging AEW Women’s Champion Shida for the title at All Out on Saturday.”

Deeb made her WWE debut back in 2010. She was part of CM Punk’s Straight Edge Society stable, where she had her head shaved bald.

After a few months, she was released for not living that lifestyle when cameras were off. She then worked the indecent circuit for the past decade, including a return to Shimmer.

Deeb did return to WWE in the summer of 2017, competing in the Mae Young Classic Tournament. Then, in early 2018, she was hired as a Performance Center coach.

Due to COVID-19, WWE had to let go of 40% of their roster back in April. One of those departures included Deeb.

At 34 years old, Deeb brings about 15 years of experience. The AEW women’s division is their weak point, so she could be a nice addition to help fresh talent.