Al Snow Accusations Made, Over 60 Names Gone From WWE

An AEW wrestler has made accusations against wrestling veteran Al Snow. And, WWE has officially released 60 names due to COVID-19.

AEW’s Abadon has made some serious accusations against Al Snow. Also, WWE was forced to let go of at least 60 names as a result of COVID-19.

In All Elite Wrestling (AEW), Abadon is one of their newest additions to the women’s division. Her appearance and history left fans intrigued.

Now, she is making news for claims against a fellow wrestler. She said that wrestling veteran Al Snow made comments about her appearance.

In a series of tweets, Abadon made some big accessions against Al Snow.

“Can you be more attractive so we can book you?” “You are too fat to be doing flips.” “You are not The Undertaker, so stop.”

I continue to take their souls and rip their flesh from bone. https://t.co/4e2ac37ri5

At a seminar in front of a bunch of peers right after an on the fly tag match.

That “legend” was Al Snow who said this to myself and 3 other women in front of EVERYONE at the seminar.

Al Snow did not respond to what to Abadon said and the comments could not be confirmed as true. He currently owns and runs Ohio Valley Wrestling.

Abadon joins a list of wrestlers who have made claims during the Speaking Out Movement. As a result. wrestlers from promotions across the world have been released.

Some of the biggest moments saw Joey Ryan fired from Impact Wrestling after a slew of accusations. WWE let go of Jack Gallagher and a several names from NXT UK.

Velveteen Dream has not been punished, but fans are consistently demanding he face charges for allegedly grooming children.

As for AEW, they suspended Sammy Guevara over comments about Sasha Banks. Plus, Jimmy Havoc is in rehab.

Over 60 Names Gone From WWE 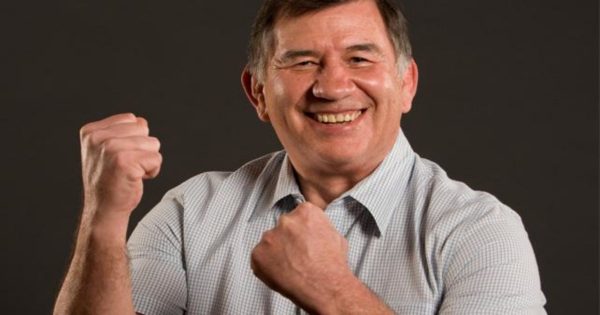 On Thursday, news started to break that WWE was letting go of dozens of their employees. As of now, PWInsider reports the number of employees is over 60.

Those employees were furloughed back in April, when WWE had to let go of 40% of their staff. The decision saw names across every sector leave.

WWE was hoping to bring back those people, but that is not the case. With WWE only running shows that air on TV, they had to depart with many names.

Some went to AEW and others Impact Wrestling. Many names are yet to sign anywhere as few places are hiring.

The most recent cuts do not include active wrestlers. It is mostly backstage names that fans are not familiar with.

Although, we do know Gerald Brisco, writer Anthony Benigno, Sarah Stock and “IRS” Mike Rotunda have left. Brisco had been with the company for 37 years, so everyone is vulnerable to be let go.

Is Edge Taking Time Off? + Why Chavo Guerrero Jr Was Written Off TV