Former champion Wade Barrett returned to WWE as an announcer on NXT and it appears he is filling in for Mauro Ranallo for now.

Wade Barrett is back with the WWE in a different role.

Barrett stepped into the WWE NXT announce team alongside Vic Joseph and Beth Phoenix this week. The promotion has since added his name to the biography page.

While Barrett shined in his first stint with the WWE in the ring, it appears he will be an announcer this time.

The 40-year-old left the promotion in 2016 and began non-wrestling work shortly after. That included stops with World of Sport Wrestling as a commentator and Defiant Wrestling as the general manager.

He also worked with Lucha Underground in 2018 and the National Wrestling Alliance in 2019 as a color commentator.

Barrett won the King of the Ring in 2015 and also held the WWE Intercontinental championship five times. He also was in the headline bouts of five WWE pay-per-view events in 2010, challenging three times for the WWE championship.

A member of the first season of NXT, Barrett had Chris Jericho as his storyline mentor. He later was the leader of The Nexus, which invaded RAW and attacked John Cena and CM Punk.

The storyline ran for several months with Barrett and Nexus constantly going after Cena. He would eliminate Cena during a six-pack challenge for the WWE title during Night of Champions.

Barrett and fellow former Nexus members Justin Gabriel and Heath Slater were joined by Ezekiel Jackson as The Corre after he left Nexus. The group lasted for just a few months during 2011. 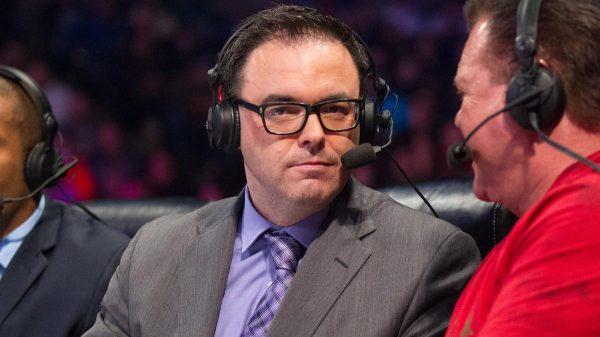 Previous reports have indicated that Ranallo was needed back home in British Columbia for a family emergency. There have been no further reports on the matter and WWE did not acknowledge his absence during filming.

“They said (Barrett) will be back next week, which was being taped anyway,” Meltzer said. “That leaves a couple of weeks, but they never mentioned Mauro Ranallo’s name either Sunday or (during filming).

“They did call Wade Barrett temporary.”

Barrett, a former champion who has not competed as an active wrestler for several years, is now on the NXT roster page. Ranallo remains listed as well for that matter.

What a pleasure it was working with @StuBennett on @WWENXT last night! See you all NEXT TUESDAY for an unprecedented #NXTChampionship match – a 4 Way 60 minute #IronManMatch! #NXTSuperTuesday pic.twitter.com/xeIDKb2CrB

Ranallo has been open about his struggles with depression and bipolar disorder. In the past, he has missed several NXT episodes and Takeover events at the last minute due to medical concerns.

As of now, there is no word if Ranallo is undergoing any medical issue. If he does not appear on TV in about two weeks, there could be more to the story.

To date, WWE has been very understanding and allows Ranallo time away to take care of his health. As of now, WWE is remaining silent on whatever is taking place behind the scenes.

The 50-year-old Ranallo has called everything from MMA to boxing to Canadian football. He was the play-by-play announcer for the Conor McGregor vs. Floyd Mayweather Jr. boxing match.

In 2017, Ranallo joined the WWE NXT broadcast team. He also spent time as the WWE SmackDown announcer from 2015-17.