At one point, WWE planned on having the Nexus return this year. Also, the company is not done bringing superstars from NXT to the main roster.

WrestleMania 36 almost had a special appearance by the former stable, Nexus. And, Dominik Dijakovic looks to be headed from NXT to RAW or SmackDown.

There have been plenty of stables in WWE. Some were hits and others not so much.

One of the most interesting has to be the Nexus. It all goes back to when NXT TV was basically a reality show.

Several NXT names were assigned WWE superstars for coaches and they battled for a main roster contract. In the end, Wade Barrett won season one.

But, about a week later, Barrett and the rest of the contestants interrupted a match. They destroyed the ringside area and people were intrigued.

They quickly were inserted into major programs, but like most stables, they eventually peaked. By the time WrestleMania rolled around, the group had basically split.

Now, we are hearing that WWE had intentions to bring back the stable for WrestleMania 36. Due to COVID-19, WWE had to drastically redo the card and their cameo was nixed.

While speaking with The Dropkick Podcast, Darren Young mentioned what he knew.

“If Nexus would have come back, who knows what would have happened,” said Young. “We were scheduled to come back for WrestleMania, but hey man, yeah, this year’s WrestleMania in Tampa.”

Just imagine the pop if Nexus returned at Wrestlemania 🔥🔥🔥 pic.twitter.com/AaOI60u6wp

There is no word on who WWE contacted from the group. At the time Daniel Bryan and Heath Slater were the only ones still with the company.

There was speculation that WWE might have used the group for John Cena vs. Bray Wyatt. Cena feuded heavily feuded with Nexus and Wyatt was later added to the stable.

Cena vs. Wyatt was sort of a head scratcher at WrestleMania. The cinematic match was either loved or hated, depending on who you ask.

Next NXT Star To Join The Main Roster 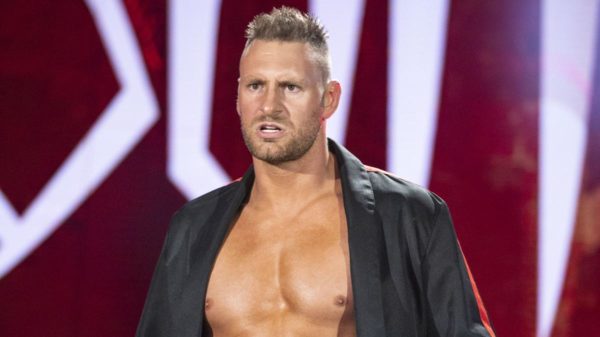 On SmackDown, we officially learned the newest addition would be Matt Riddle. Although, WWE will be calling more NXT names to the main roster in the next month.

Apparently, WWE’s higher ups see big things for Riddle. We will see if his attitude changes some opinions.

Fightful reports Dominik Dijakovic is also destined to join either RAW or SmackDown. As of now, there is no word on when WWE will make an official announcement.

Between 2014 and 2017, Dijakovic worked for Ring of Honor. There, he was part of Prince Nana’s Embassy stable.

Following some contract issues, Dijakovic signed with WWE in the summer of 2017. Only weeks later, Dijakovic began working on the NXT brand.

He was set to feud with Velveteen Dream over the North American Championship before an injury. A torn meniscus would require surgery and shelve Dijakovic for months.

He would return once NXT starting airing episodes on the USA Network. Quickly, he was put into a major storyline.

Dijakovic aligned with Tommaso Ciampa to earn the victory at WarGames. Then, he worked a memorable program with Keith Lee.

The two big men traded wins and losses, including matches that featured gold on the line. Although, Dijakovic was never able to capture any NXT title.

Dijakovic last appeared on the May 6 episode of NXT, where he lost to a new heel version of Johnny Gargano. We will have to see if that marks his final NXT match.