With NXT UK on hold, WWE wants to bring World Champion WALTER to the main roster. And, Necro Butcher has Stage 3 Hodgkin's Lymphoma.

WWE wants to bring WALTER to the main roster, but the NXT UK Champion is not having it. Also, Indy wrestler Necro Butcher has Hodgkin’s Lymphoma

A few days ago, WWE held a conference call with their NXT UK talent. Two major points covered were the status of the brand and sexual harassment accusations.

Due to COVID-19, NXT UK has not aired on TV in months and nothing has been taped. The future of the brand will likely resume once the virus is controlled.

As for sexual harassment, there have been many claims from the #SpeakingOut movement. Basically, Triple H told everyone there is a zero tolerance policy.

With no NXT UK at the moment, that leaves their World Champion WALTER in a strange place. Unlike some talent, WALTER informed WWE before he signed that he was no moving to the United States.

After years of convincing, WWE signed WALTER with the rule he does not have to relocate. Dave Meltzer stated during Wrestling Observer Radio how WALTER will not budge.

WALTER has appeared on United States programing for WWE, but that is rare. Usually, WWE saves that for Takeover, pay per view or to help a feud with a quick appearance.

The only pay per view WALTER ever took part was Survivor Series of last year. He was part of the Men’s Elimination Match.

WALTER got a huge pop and got several minutes of offense in. Although, he was the first eliminated and fans were not happy.

He was set to work with Finn Balor, but the program was dropped due to COVID-19 causing travel bans. Still, that is a feud WWE could circle back to later this year or in 2021.

In the end, WWE wants WALTER on the main roster but that will not happen. The NXT UK Champion still has years left on his deal, so hopefully he ends up back on TV in the near future. 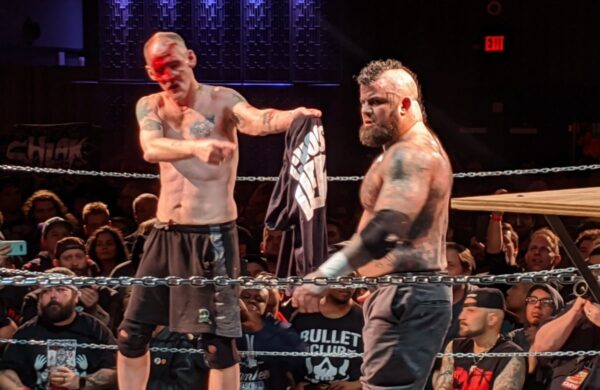 Famed Indy wrestler Necro Butcher had been rumored to be sick for months. Now, he is confirming a diagnosis of Stage 3 Hodgkin’s Lymphoma.

“Finally got that elusive diagnosis, stage 3 Hodgkins, it was taking forever, multiple biopsies and procedures, I might be that happiest guy ever to hear he has cancer.”

He will undergo six to eight cycles of chemotherapy to help battle the disease. Those treated have a 75% to 90% chance to live another five years.

For those unfamiliar with Butcher, he has fought around the world and is known for his extremely violent deathmatches. He has competed for top companies such as ROH and CZW.

Sorry to hear about Necro Butcher

Also, he had a small part in The Wrestler as himself. That movie went on to win several awards and helped rejuvenate Mickey Rourke’s acting career.

From everyone at Wrestle Newz, we send our best to Dylan Summers, his friends and family during this difficult time.